In Hero-Arena, you are given the chance to customize your character as you see fit and enter various battle arenas to compete against monsters and bosses for more items, weapons, armor and content!

The game will not play out the scenario by tapping the 1 key while standing still, Hero-Arena will keep you on your toes throwing a wide variety of enemies and challenges against you to put all your video game skills to the test in a skill and thrill based fight. Are you ready for the challenge ?

Hello everyone and welcome to our 14th Update !!!

Though we didn't make it into the top 10, we'd still like to take a moment to thank everyone that we made it into the Top 100 ! Just achieving that was more then we ever wished for and has encouraged us to continue working hard on Hero-Arena !

During the holiday season many of the team members were busy with family but even still, managed to produce a bit of content to show you in this update.

First off let's start with some concept work by DavidDSOTP 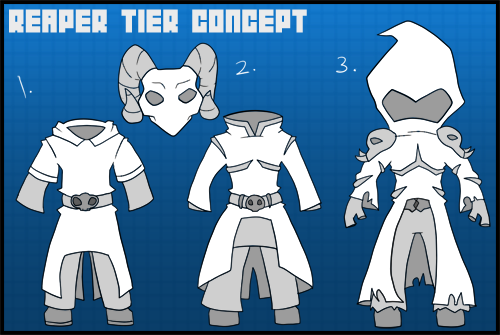 Just a few designs for the Reaper Tier set. More cloak and coverage focused the higher level you get obviously channeling death and skeletons,

Now for some awesome 3d model work by GRYPHON 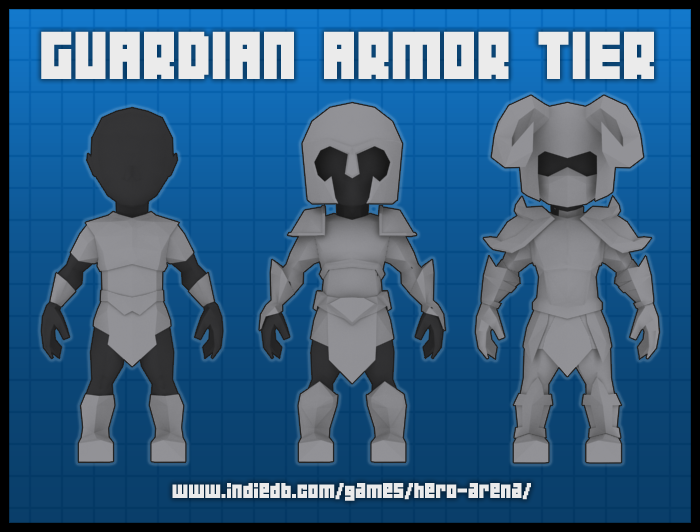 As usual Gryphon outdoes himself by modelling all 3 sets of the Guaridan armor done to a perfection.

Moving on to our new texture artist Draconian. 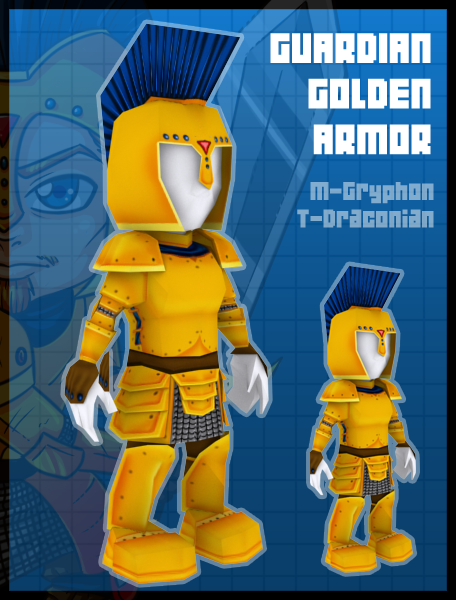 The Golden Guardian Armor in all it's glory ! Well done and only using one small texture map for all the pieces is truely impressive ! 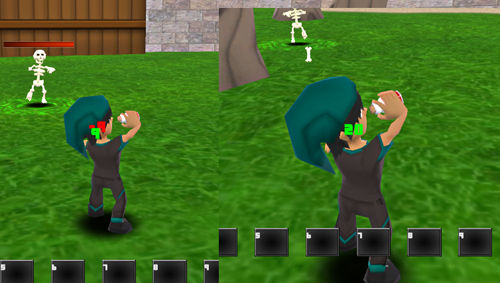 Last but definitely notleast, a video brought you by 3 team members! NIC for the Music, DWIZAR for the programming and VINCE for the animations !


Next week we'll be displaying some Guardian techniques and introducing some refined combat and animations as well as new icons and items ! Stay tuned!

Contest Winners, Images and More contest as the holidays approach !

Outfits, Weapons, and a surprise CONTEST by the creators !

Music, Mayhem and Murder await in this huge update which will hopefully snag your votes for Indie of the year!

Hero-Arena is still alive. We're hosting an indiegogo campaign at the moment where people can show their support here : Indiegogo.com

I wish you guys the best of luck with your game it looks like it will be a success.

Next news post coming Jan 6th. Hold your breathe for a big one !

any news on the release date

Thanks a ton! Be sure to tell others to vote as well for us ! It means the world !