Skeletons, combat system, chancellor, fire and other things we were working on this week.

This week we were focusing mostly on combat, which requires a lot of time to be made, but with this framework in place we can add more units/monsters pretty easily now.

Graveyards now can become haunted and start to spawn skeletons which may go and attack your city. Monsters will also attack everyone (except animals) in range. This means that you may want to protect your merchants and migrants from them. 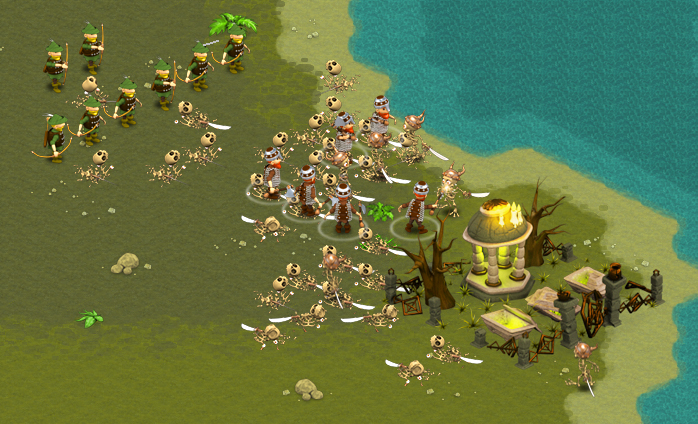 Combat system is pretty much done (yay!). Every unit gets experience points and can level up. Currently, the level of the unit only affects damage and resistance, but this may be extended later. 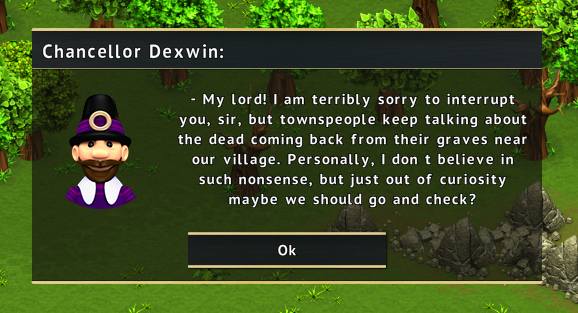 Buildings can now get damaged and catch fire. Both buildings and units regenerate hit points automatically. Units regenerate much faster in their barracks. 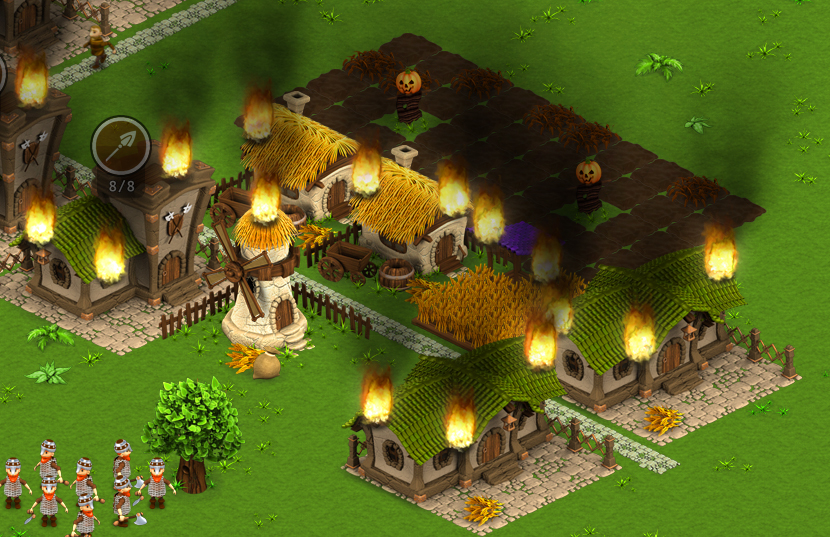 I had to rewrite some of the unit AI/pathfinding code, so now they can't be in the same tile simultaneously, which looks much better.

Every character has got its death animation and a corpse (he-he).

Horseman has been slightly changed.

Cursed earth around graveyards now has some bones and stuff on it.

I recorded a bunch of new sounds for units, skeletons, chancellor etc. Also combat sounds. There are still some sounds to be added, but we'll finish that next week. Ideally I want different voices/quotes for every profession, but not in the nearest future.

There's mostly only monster AI/extra combat related stuff left in the to-do list (as well as lots of testing), so we're aiming for the version 0.2.0 to be released at the end of next week (if nothing goes wrong). Fingers crossed!

As always we would like to get as much feedback as possible, so please comment and send your thoughts to info@hearthlands.com. If you become our watcher on Indie DB, that also helps a lot! Don't forget to subscribe to one of our social network pages or YouTube channel. If you want to support the development — you can just purchase the game.

when it will release

Cant wait to get my hands on it