Lots of fixes and tweaks, better coasts and pine trees.

This week we were focused mostly on fixes and tweaks, some of which were suggested by the community (thanks guys!). Here are some of them:

Unemployment is now shown not only as a percentage, but as an actual number (in parenthesis).

You can specify the number of rivals at the start of a new game (from none to 12). Also, if you don't want to bother with defending yourself and dealing with AI's requests you can make the rivals passive. 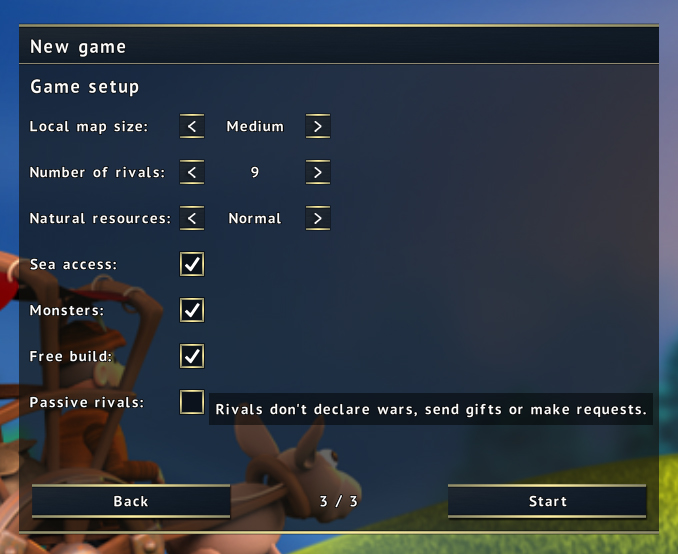 Opened panels and enabled overlays are now being saved between screens and save-loads.

Both local map and world map can now be scrolled using WSAD keys.

Before doing something that will change your neighbor's opinion you can see how exactly it is going to change (inspired by CKII).

On Load Game screen you can now double-click a savegame to load it right away.

All of the resource icons are accompanied by the appropriate resource name, which makes it easier to tell what it is. 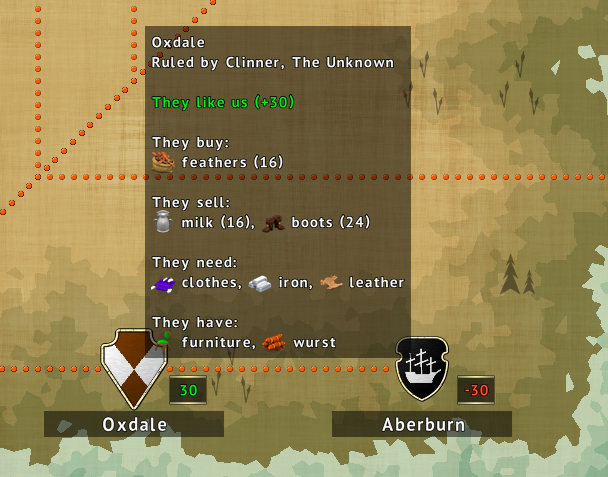 Each rival's opinion is shown on the world map. 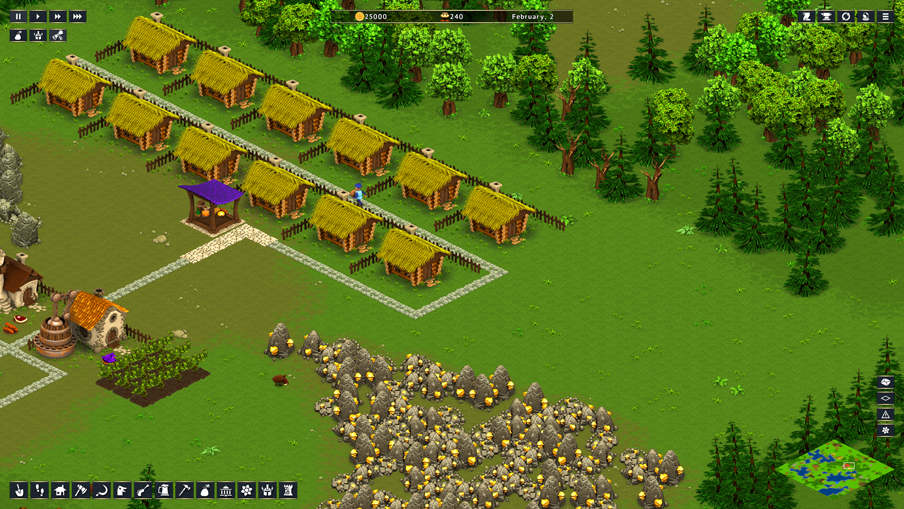 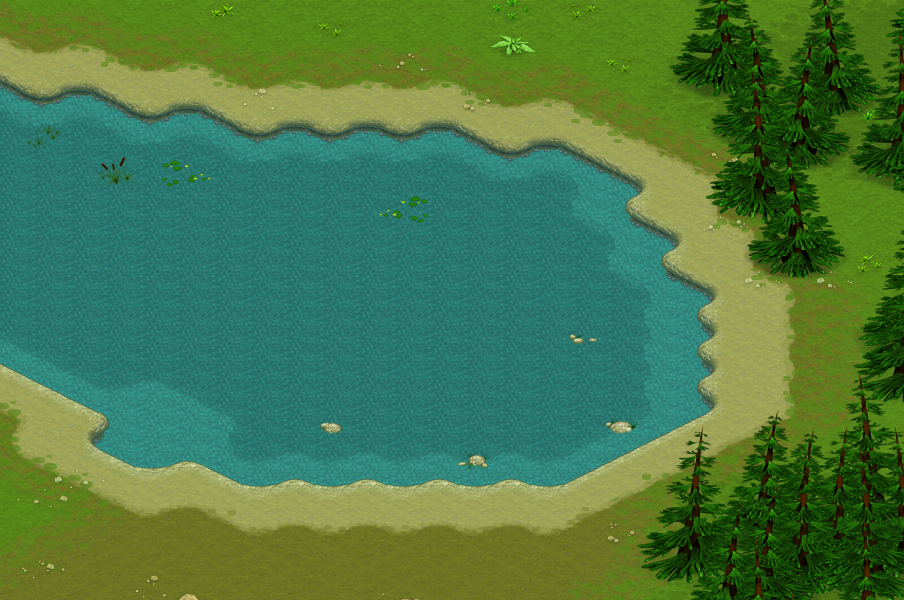 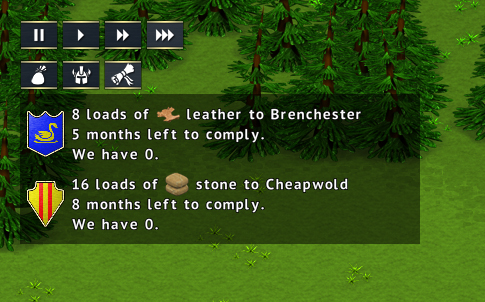