You play as a skater on the brink of life and death collecting aesthetics to reach enlightenment in skate-purgatory whilst trying to expiate your sins, help lost souls, find meaning in life and closure in death. A vaporwave experience.

You can literally skate whatever surface you want, kind of like that one city scene in INCEPTION. The game's control scheme is simple and accessible for everyone while also offering the depth to those who want to line up and flick dank tricks whilst controlling their board midair.

A game where you can just skate without even worrying about the objectives and listen to the amazing lineup of songs with the in-game player driven radio from over 25 artists while taking in the open world skate map full of intentional and unintentional great skate spots to discover.

Q: What is VAPORWAVE?

Q: How should I play the game?

A: Just skate, relax, and contemplate your existence.

Q: Will this game fill the immeasurable empty void that is life?

Vaporwave: The existentialism of the 21st century

Vaporwave is an electronic music sub genre that originated during the early 2010's on the internet. It is characterized by a nostalgic & surrealist fascination with retro design, consumer capitalism, existentialism, and popular culture. Art that embraces low poly, VHS, cassette tapes, Japanese neo tokyo, cyberpunk tropes, Greco Roman art, early 90s adverts, old computers - all classified as “aesthetics”. The sound of vaporwave consists of slowed down sampling of lounge or elevator music, smooth jazz, 80s music, and a self-aware attribution art theory that tries to create something new whilst at the same time retaining a sense of nostalgia and wonder for the future or a blurry past. Vaporwave is an internet meme as much as it is a rising avant-garde art movement using old forms to create something new.
What is Existentialism?

Existentialism is a philosophy that sprung up in the early 20th century around the time of WWI that emphasizes individuality, freedom of choice and responsibility, that existence cannot be explained in such an irrational and absurd world and therefore purpose must be defined on a person by person basis. Mostly is atheistic, with the exception of Søren Kierkegaard in regard to God giving free will, due to giving predefined essence and a predetermined fate to human beings. Through this personal responsibility to yourself to find meaning in life comes existential angst, dread, and anguish of the human condition, suffering and the inevitable death in humanity. A sort of reaction to rationalism due to WWI’s absolute destruction of and paradigm shift of what absurd hellish things humans can do to one and another.
How V A P O R W A V E coincides with existentialism?
For that we must start at the beginning. I discovered vaporwave art and music about two years ago through YouTube as most have before me stumbling across Vektroid’s Floral Shoppe album. I was taken places that music has never taken me before with a droning sound of a slowed down Diana Ross song repeating the chorus “It's all in your hands. It's your move.” A personal responsibility to make a choice on your own accord and live by the repercussions. Or in the vapor trap of Blank Banshee’s Teenage Pregnancy “I’m just a kid” making excuses and painting one’s self as the victim to their surroundings instead and relying on expectation instead of free will, an example of “bad faith” in existentialism. Past lyrics though, the art style and inside jokes all stem from existentialism and its sister art styles absurdism and surrealism. I found myself finding subtle but ever present and consistent references everywhere from meme pages to aesthetic vaporwave art blogs. 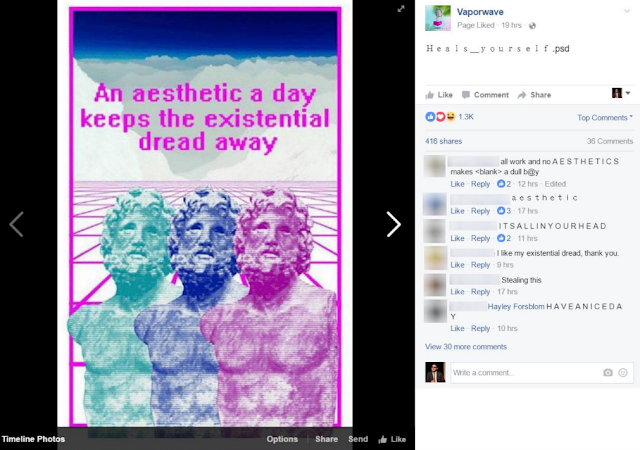 And I then realized that vaporwave is post post modernism. A reaction to the same nationalist thought, war, and terror that plagued the 20th century. So instead of WWI it’s 911, Afghanistan and Iraq wars. Vaporwave asking the same deep existential questions of “why am I?”, “What is real?”, “How should I live?” but at the same time being tongue and cheek with layers upon layers of irony and meta to the extent of an odd metaphysical dual think. At the same time, most of vaporwave art is created by aimless millennials who grew up in the age of computers looking for answers to these questions.

It isn’t all despair though. We all aren’t “S A D B O Y S”. It’s relying on a new sense of humor and lack of seriousness whilst at the same time reveling in aesthetics in Kierkegaard’s dichotomy presented in Either/Or. Of Aesthetic vs Ethic and how one should lead their life. Taking ownership for your actions and F E E L I N G G O O D about life. Your life is yours to create. Or just enjoying the aesthetics and focusing on unimportant shit until you die...
Does any of this make sense? At least visually? De Chirico’s “Le chant d'amour” surrealist painting and Floral Shoppe’s cover both seem to have the same content but in different backdrops, in different times. 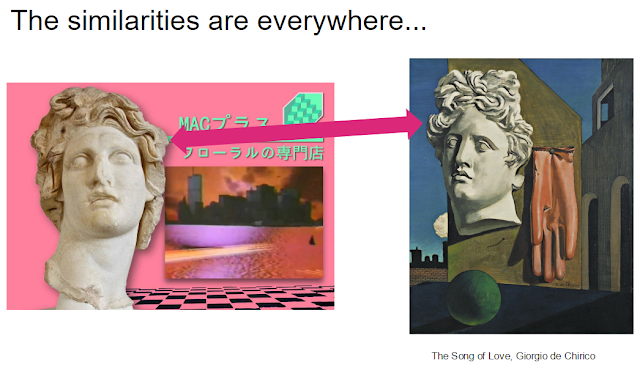 How does existentialism mirror contemporary society?
Contemporary society has not changed much other than nuanced socio economic changes and technological innovation, which have both been included and even mocked in vaporwave as a form of satire. And if vaporwave models itself partly after existentialism then it can be equated to be the modern-day form of existentialism. Or existentialism in a new audio visual medium if you will.
Looking back on existentialism 200 years from now would Griptape Backbone be clear about the society today?
Sure it would. I’ve heard in reviews of my last game that memes are the quickest way to make a game go stale in age. However, illusions to new form of artistic expression unique to our time in regard to current events, a time too absurd to believe can only be rationalized through something so absurd and self-contradictory as one of the first truly global art movements via the internet.

Griptape has references to existential literature such as (Waiting for Godot, No Exit, Myth of Sisyphus, Either/Or) and even my own interpretation of the philosophy. We could very well be on the brink of the third world war and sheltered teenagers are confronted with the passing thoughts of “What if I died right now?” (or maybe I just have anxiety issues) and only know how to deal with that emotionally through immature jokes and “angsty” thoughts. Existentialism will always be relevant in times of trouble and confusion. So as long as man lives, existentialism lives in one form or another. 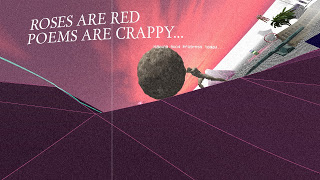 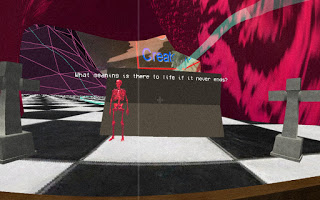 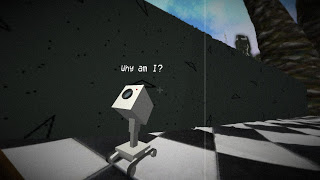 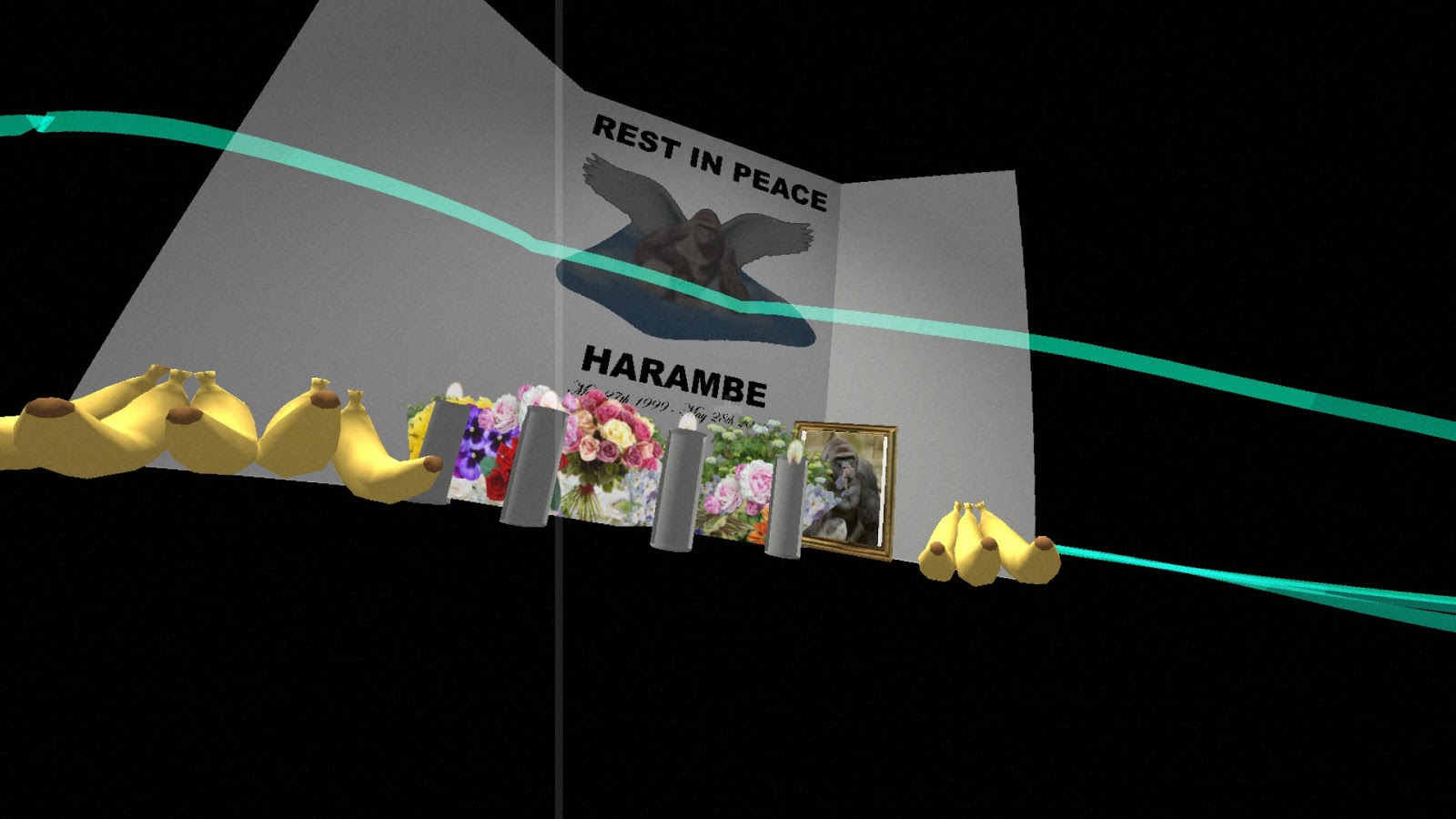 i wish this was multiplayer

Hero of Not Our Time Adventure