In the year 1346, the known world was struck by a calamity know as Black Death. By the end of the 14th century 95% of population perished due to disease, famine, and religious persecution. Self-proclaimed divine crusades purged the land of those deemed to be responsible for the end of days, sowing seeds of doubt in the minds of those that remained. Most major cities were razed to the ground.

Groups of survivors slowly emerged from society’s ashes, migrating and re-settling areas reclaimed by nature. You get to guide such a group, and protect them from outlaws, barbarians, and religious fanatics in a classless, borderless, lawless post-calamity age.

Add Going Medieval to your Wishlist to get notified when it launches!

It is our obligation to present as many meaningful mechanics as possible for you to feel like a real medieval lord, so Going Medieval will be first launched with a functional set of rules and features. The rules, features, options, and technology trees will evolve according to player feedback and community suggestions.

Today we’ve decided to share a little bit more about the backstory of our game, and about the events that shaped the world as we know it today.

As you possibly already know, Going Medieval is set after the calamity known as a Black Death. By the end of the 14th century, 95% of the population perished due to disease, famine, and religious persecution. But how did this all unfold? 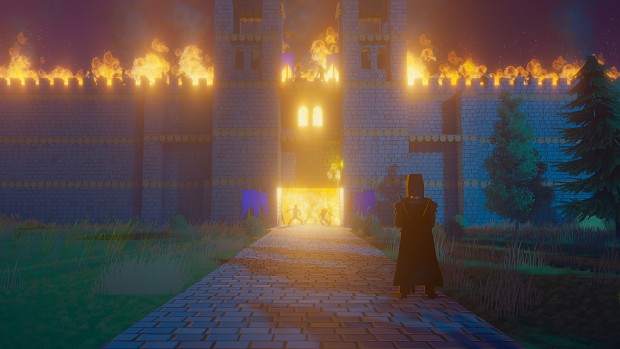 The world and the plague

Various sources disagree if the plague first struck the continent in Genova or in Constantinople. Some even claim that it started in both cities simultaneously. But it barely made any difference for what followed. The pestilence spread across the continent with such speed and ferocity that it sometimes reached small towns and villages faster than the news about it. And there was no cure known to God or man that could treat it. Europe was about to die.


The Spreading of the Plague

Even though the authorities in Dover understood the highly contagious nature of the disease (which they commonly referred to as “The Fever Of Calais” or simply “French Fever”, and gave their best to keep diseased outside the city walls, it was only a week before the plague erupted inside the city walls, and a month before all of the Duchy of Kent was in its firm, deadly grip.

The rest of the country soon followed, but there was some hope, as King Edward and the church gave their best to organize the defenses against the invisible and vicious enemy. Even when in the fall of the same year, the plague spread all the way to London. But all hope was lost, when later that year king fell victim to the plague, followed by most of his family. And with his death, the last, fourth horseman of the Apocalypse came to England. The War.

The War of Succession

Not being able to understand the gravity of the situation in the Kingdom, many nobles staked the claim to the Crown, and soon almost every duchy had at least one pretender for the empty throne. The northernmost duchies and Scotland were the strongest because their lands were still not visited by the Plague. Marching armies, refugees and pillagers only helped the plague to speed up its pace. And before the spring of 1348, most of the claimants were long dead, along with their soldiers. England had no King but Death. 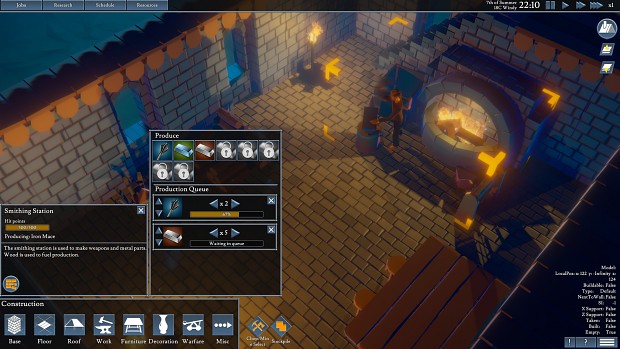 Without a king, the Country was in disarray. And it wasn’t only the plague that ravaged the land. There were some who were, against all odds, able to withstand the plague without becoming its victim. But there were some who believed that, instead of being a stroke of luck, that ability was something more mysterious. Sometimes, that resulted in survivors being hunted down - and their blood being used as a cure-all, to no avail, of course. Still, it didn’t stop sickly or opportunists from harming the immune ones. Au contraire. It might be just because of the envy, or it was the need to displace the plague into something more mundane, something they could fight against - so the same people who survived the plague due to their natural immunity ended up being persecuted as the bringers of the pestilence or mages and witches. Many of them met their end by hanging or burning, tied to a stake.

And as abruptly as it started, the reign of the plague ended. After it killed over 95% of the inhabitants of the British Island, it simply faded away, leaving behind a world changed, and not for good. A lot of the knowledge the World had before has been lost now, the order and the hierarchy built for centuries crumbled down within a year. Old Countries and kings, duchies and dioceses, borders and alliances seemed to be no more than a memory from a time long past. But as time passes by, and the belief that the plague is gone for good is growing stronger, so are the visions of the new world, rebuilt from the ruins of the old one and the entropy that followed its death. The defining point of this new society was the force that created it - The Plague itself. Some believed that what happened was the Armageddon itself, believing that their survival is the will of God, and the origin of the disease was the sinful nature of humanity. Others, more pragmatically, believed that what happened was but a law of natural order, blaming overpopulation and over-consumption for the mysterious illness. Third ones saw the vacuum of power as an opportunity, without delving too deep in search for the reasons of it all. And that is just the top of it. The divide was deep and wide, yet it was up to all survivors to rebuild the world anew. 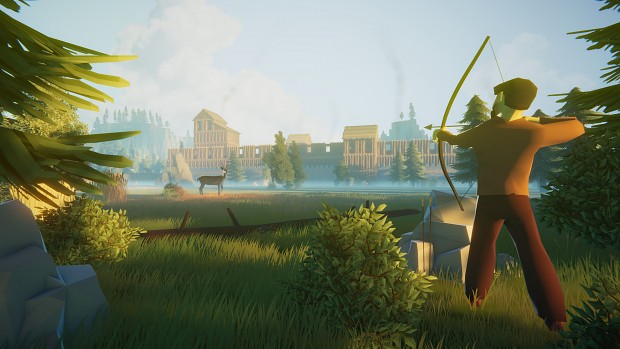 This is where you come. You get to guide such a group of survivors and protect them from outlaws, barbarians, and religious fanatics in a classless, border-less, lawless post-calamity age.

We would love to hear your thoughts. Join the discussion and find more about the game development - write to us here or join our Discord server - Discord.gg.

Catch you for the next article!

Let's do a slow introduction to the gameplay. We are talking today about one of the first screens that you'll encounter when starting the game. We are...

As the most effort went into terrain creation, that's what this post is all about. Also, that’s where the biggest changes will be seen.

Most major cities were razed to the ground after the plague, and it was up to all survivors to rebuild the world anew. The divide was deep and wide. Some...