You're the AI, responsible for a generation ship, mankind's last hope for survival. Build efficient raw material cycles and help your crew to survive a long journey in a realistic real-time simulation and find a new home for the human race.

Ship Sections, Seal Doors and a complete rework of the UI Structure to be more modern.

Due to the new Ship Sections added in this iteration, it was needed to restructure a bit. I used this opportunity to redo most of the ui structure, to have a more modern and cleaner design. There is now an aligned style of the windows, the section parts of the values were moved to the bottom. The build button there was moved with the camera and overlay buttons to a side menu, that is visible, when nothing is selected. 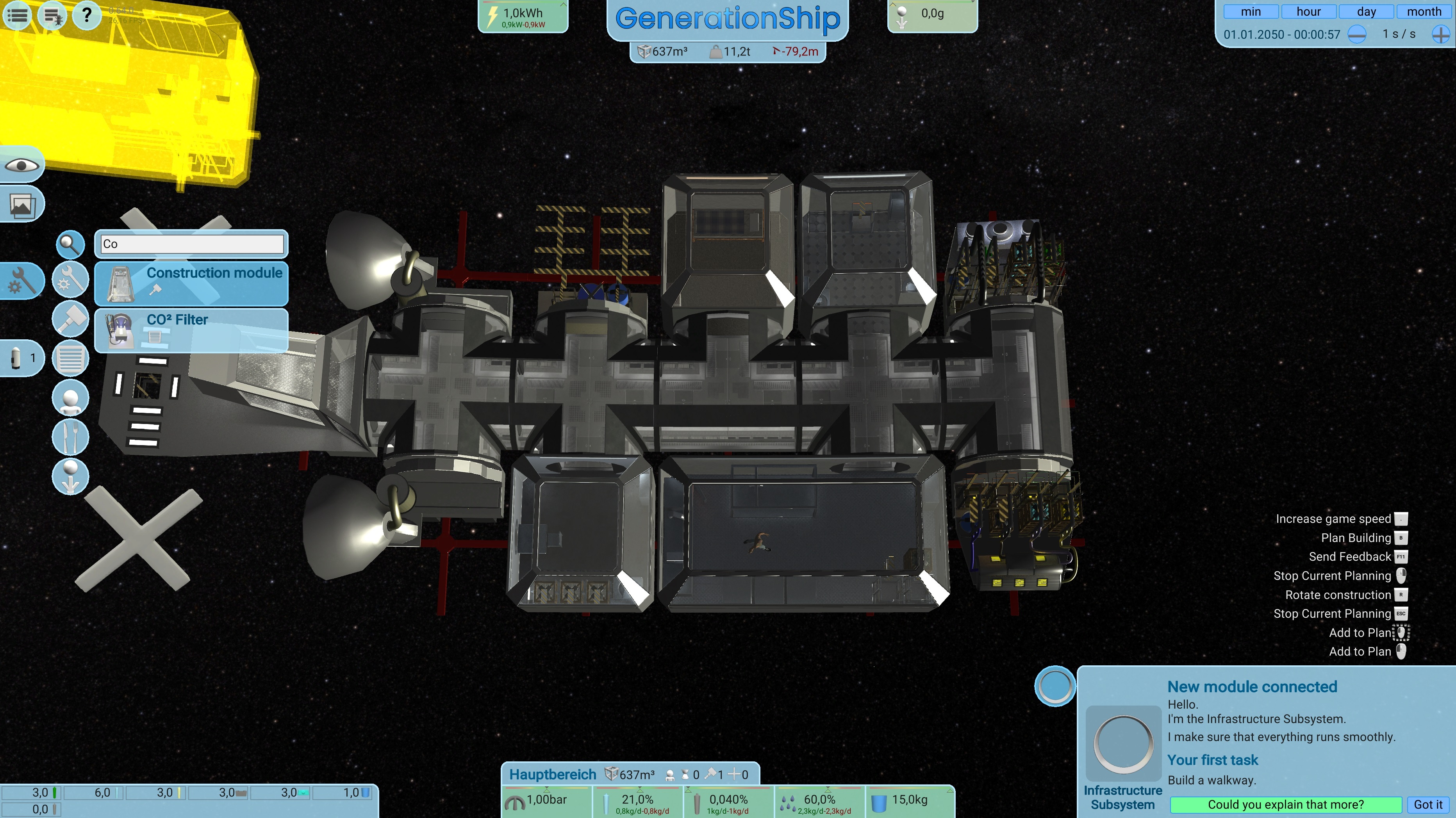 Next to the UI, another big features has been added: Sections. Till now the complete ship was one section, means they shared all values like air or the water-tubes. This could be bad, e.g. if a building leaks air, efffects the whole air of the ship. Now, the broken buildings can be split into separate sections, having their own air and tube system. All of the section values are shown in the lower part of the UI 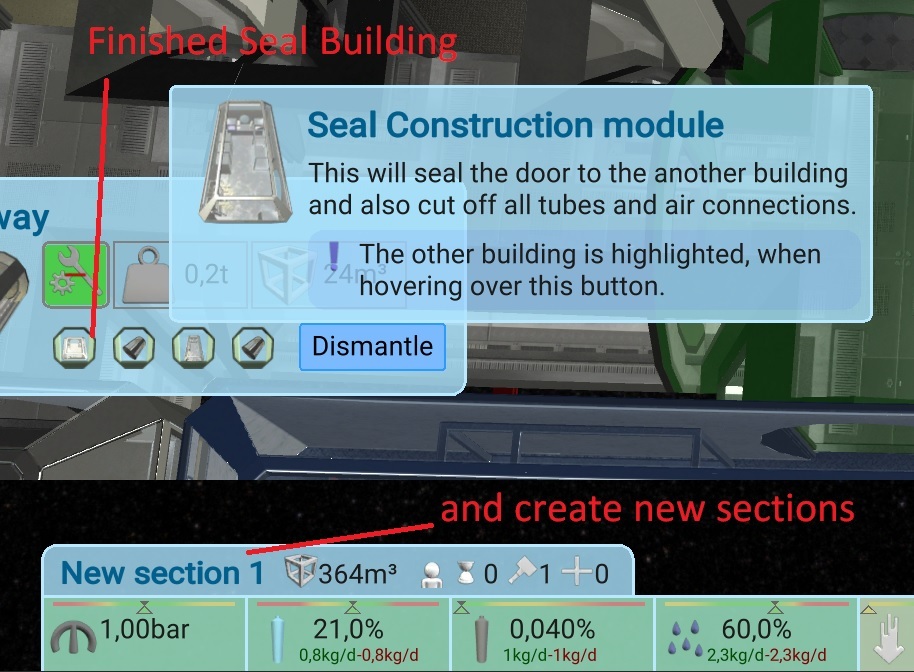 The player can now seal the doors by hand between modules. If there are multiple, like at walkways, he can seal them separate. This will block persons to move through, and will create new sections if needed. It can be used e.g. for emergencies like when a building is leaking air, and the player cannot deal with it. He can than just seal the building and not loosing the whole air in the ship.
Thanks to Ichao for the basic idea.

Due to the new UI, it took always a deselect to open the buildmenu. To make this faster, i added "b" as a shortcut, to deselect and open the buildmenu. Than its opening another new feature, that makes it possible to search for buildings. So the player can just press "b Wal" and the Walkway will be shown. If he is pressing enter or just clicking in the screen, the building is automatically selected as to be planned, so he can directly drop it.