Once every eight hundred and fifty two years, something happens. A great man is born. That man is you. <Various Audience Coughs> The year is 3000. On the dot. It's a brave new galaxy. Aliens are as common as Manchester United fans. Weapons are as powerful as gods. The future is a scary place. But for you, also one of great adventure. Set foot on the Starship LeaveSpoon, and boldly go where a million others have gone before. But there's one thing you got they don't. Style. And lots of it. This is the ultimate sci-fi fashion simulator. With guns. And robots. And lots of silly jokes designed to illicit laughter. Can you save the universe? Do you even want to? Join the dark side or march with the good. Along side buying expensive clothese and looking good with a gun in your hand, you will engage a varied and interesting cast of sci-fi characters. From the Cockney(Think Derick Trotter) Captain, to Jim, the local 'highman'. 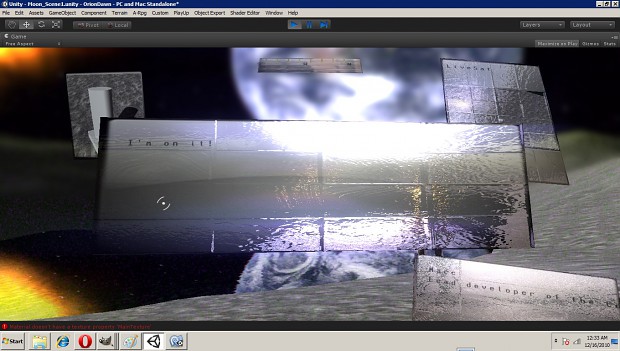 The gui will look much cleaner and hi res once i do a proper skin or an artist does one.
Check out the other game being done in ARPG - Wilderness - for a much better showing of the engine, as that project as several artists both 3d and 2d.

I've created some nice shaders for the gui. check these out.