Alpha 02 is out! It adds... Well, looking back at 01, a lot of things. Angled bullets, music, a cleaned up UI, and the framework for QUEST GENERATION! It's not quite in, but when it gets there, you'll know it. Oh, and probably the biggest feature: COPILOTS! 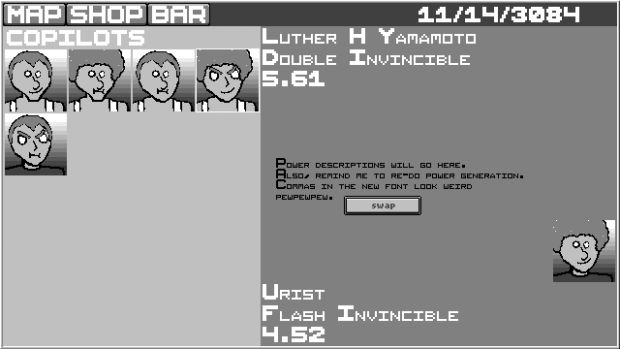 Copilots are effectively the 'bombs' of FlyShootTrade. They have incredibly powerful abilities which the player can fire off with a press of the enter key. They, like many things in combat, need to be balanced because, as usual, everything is generated. Speaking of combat, it looks marginally prettier now! bullets are properly rotated, and I fixed a minor bug with bullet images. Beautification will always be an issue, too, so it's not particularly pressing right now. I've also coded... Pretty sloppily, so there's a decent chance the garbage collector will completely ruin your day. Don't worry, I'm heavily confident it can be easily optimized. Next version. 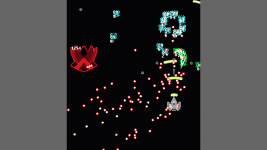 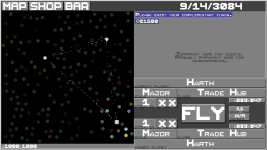 Also, my apologies to the IndieDB community, as I have been, let's say... Woefully behind on updating this page. I have, however, built up a fair rhythm of dev-bloggery at IdeaLightbulbGames, and I do a half-decent job of tweeting out when a new devblog is up.