If you love beautiful platformers, this is the game for you! 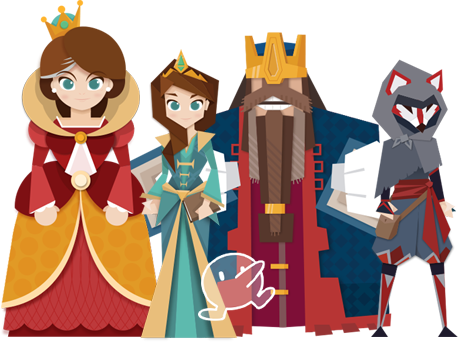 This a cute and fun 2.5D game in which you control a little hero named Flat.

He has the unique power of changing his shape at will, being able to transform into a circle, a triangle or a square, depending on what you need/want in that moment. Each shape has different powers and abilities, so you're basically controlling three characters in one.

In this magical place, everything is Flat as paper. But the evil masked thief recently kidnapped the princess and stole the magic jewels from the king!

Now everything is turning into 3d, animals became evil and chaos threatens to engulf the whole world!

The only one capable of withstanding this madness is Flat, a little hero who can transform into a circle, triangle or square at will. With his abilities, he must face great dangers in order to save the world! 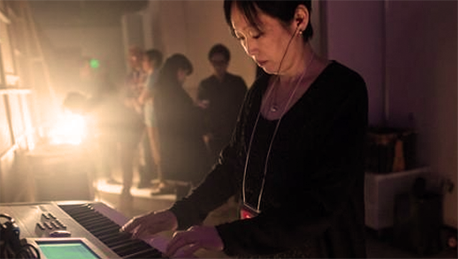 “I saw that the game was a very fun-looking puzzle action title with a protagonist similar to Kirby. So I thought of a theme that symbolized the cuteness of the characters while having plenty of motion. I hope everyone enjoys this game”.

Does the story even matter?

Some people (including me) consider video games a form of art. It’s the next step in storytelling because the audience ceases to be a passive spectator and becomes and active player. The main character’s problems and fears become yours, whatever he suffers, you also suffer, and whatever he celebrates, you also celebrate. 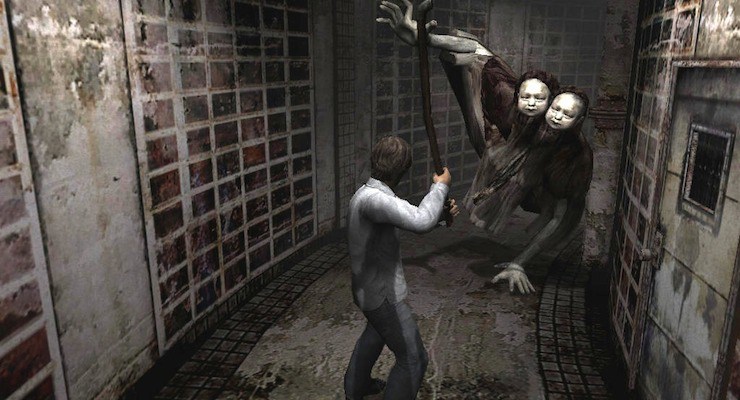 And whatever he fears, you fear.

So you may already tell that what my answer to the title question will be. However, you may argue that some games do not enjoy the benefits of a story and still become quite successful based only in their fun gameplay. To those people I say: nah, brah.

It’s obvious that games such as The Last of Us, Life is Strange or Final Fantasy XV (kinda) have a strong emphasis on story. Sure, their gameplay still comes first (they’re games, after all), but they also have rich and cinematic storylines. However, games such as Candy Crush or Clash of Clans still have story elements to them. Or that is what you may think. 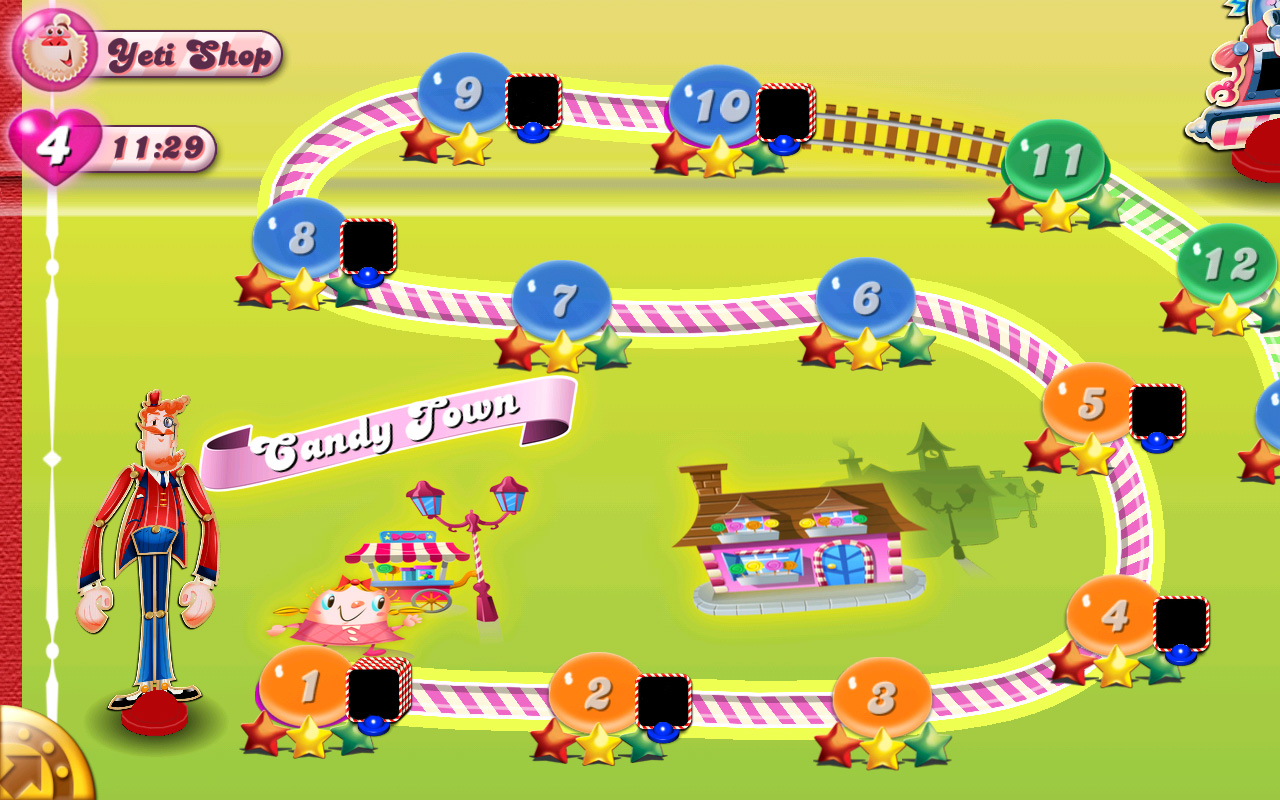 This is the start of your (very long) journey!

Sure, these are not complex stories, but what they bring serve to contextualize the game you’re playing and draw you in. You may say that what they offer is just a visual style or an ambiance, but that style still carries a story within.

Again, Candy Crush definitely has characters, villains and basic plot points (you solve candy-themed puzzles to help other people), and even if they never explicitly told you what the story was about, you can easily infer it by just playing and seeing these characters and their homes.

The point I’m trying to make is: Everything can tell a story. Even a simple blue square in a boring white background can have a story to it if you tell it right. So, clever game designers take advantage of this simple principle to add strength and appeal to their games through simple storylines that in no way interfere with the gameplay.

We’ve done this to different degrees in Flat Kingdom. If you play it, you’ll notice that this game is -despite its appearance- pretty heavy on the story department. It even has quite a lot of dialogue. But, there are moments (the most effective in my opinion) in which a story is told through mere visual cues. One of my favorite levels is Flatlantis. This is your typical under the sea level. Early on, you’ll encounter a mural featuring a lot of people offering treasure and prayers to a big octopus. Given that there are not a lot of pictures like this in the level, you assume that is important. 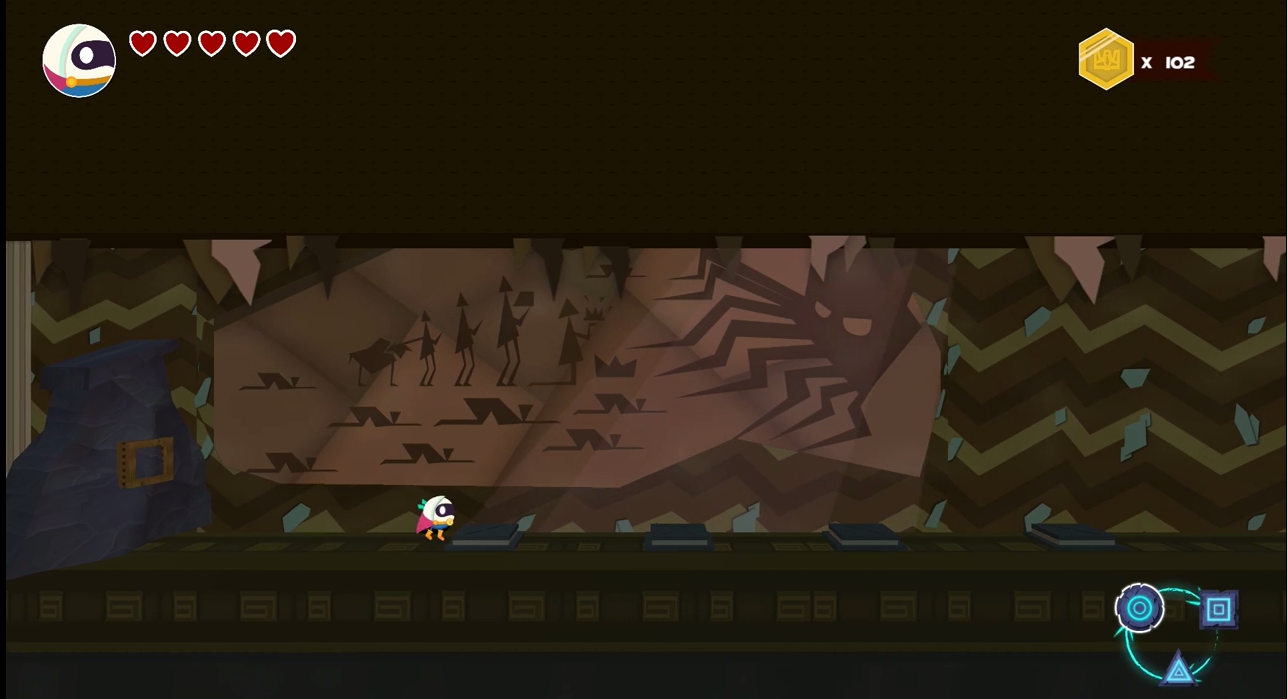 Images are an easy way to tell a story.

Later on, you’ll reach a treasure filled hallway. In any normal circumstance, finding a treasure buried in the sea would be a good thing, but this time, you know that all this gold belongs to somebody else. True enough, you’ll soon reach the Kraken lair and will have to fight him. This is just a little example of how we added a little bit of storytelling and context without any dialogue or big cutscenes. It’s little, it’s a very minor detail, but it adds tons to the level. 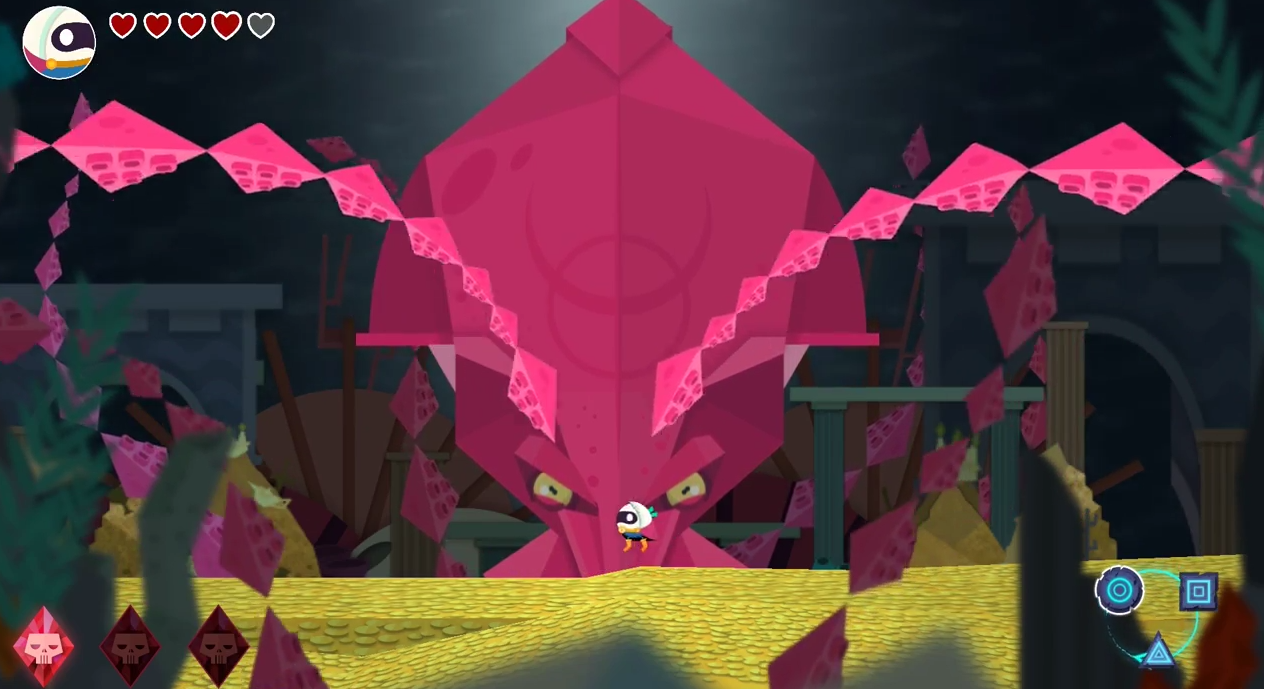 This is the climax of the level. You’ve been chasing this octopus for a long time.

Now, back to the original question: does the story even matter? the answer is YES. Even if you’re not paying attention to it, even if you’re one of those players who buy Call of Duty to play online and never touch the campaign mode, you’re still getting some story. 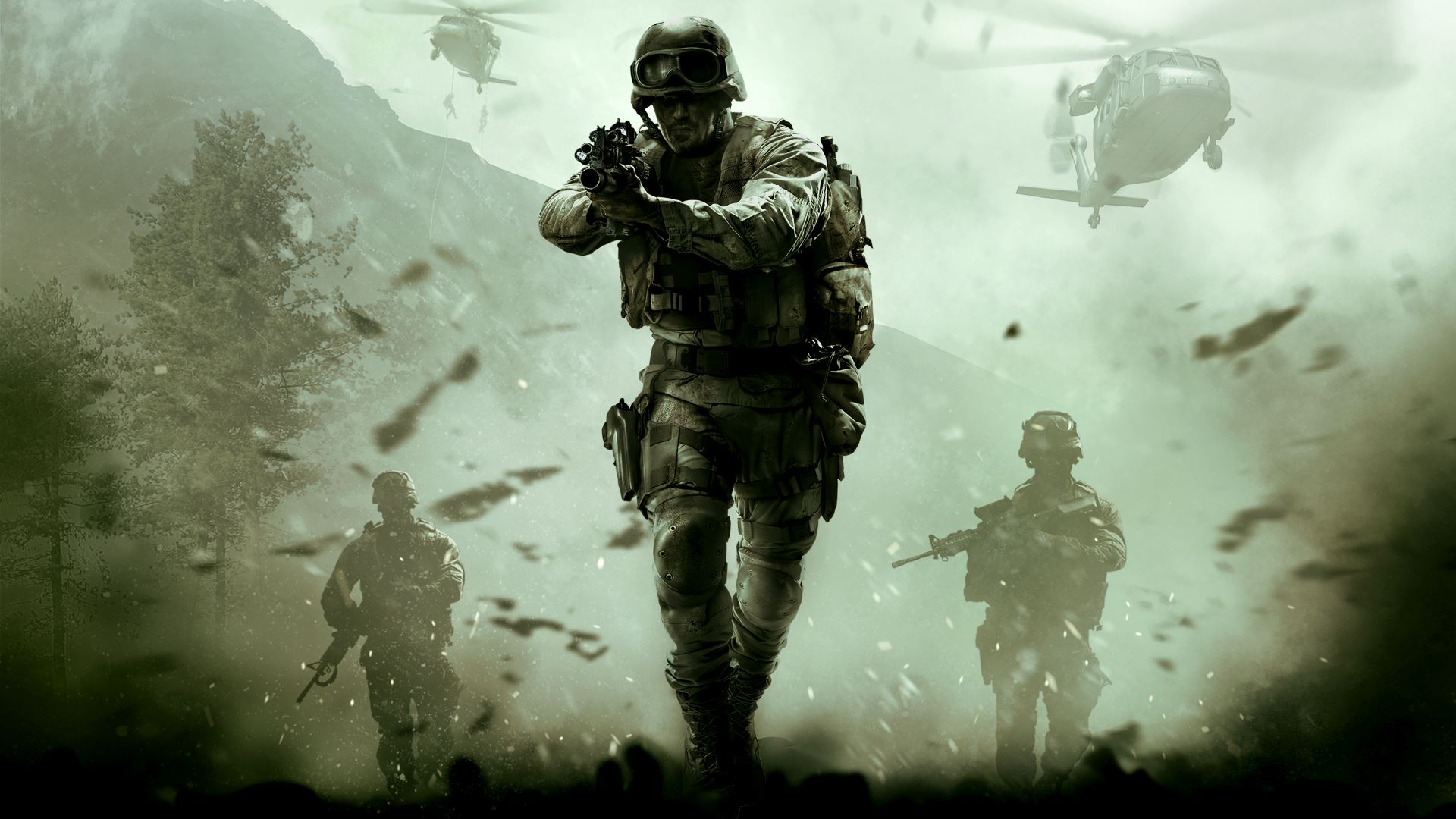 And don’t let anyone fool you, these games feature LOTS of story.

So now you know. A story in your game is really not an optional asset, there’s gonna be one even if you intend it or not, so why not take advantage of this and craft a nice story that ties great to your game and helps enhance the overall experience? Think of games such as Braid. That was a puzzle game combined with platforming (two of the most story-lacking genres of video games ever), but it did have a beautiful and thought provoking story that only helped the game in the end. 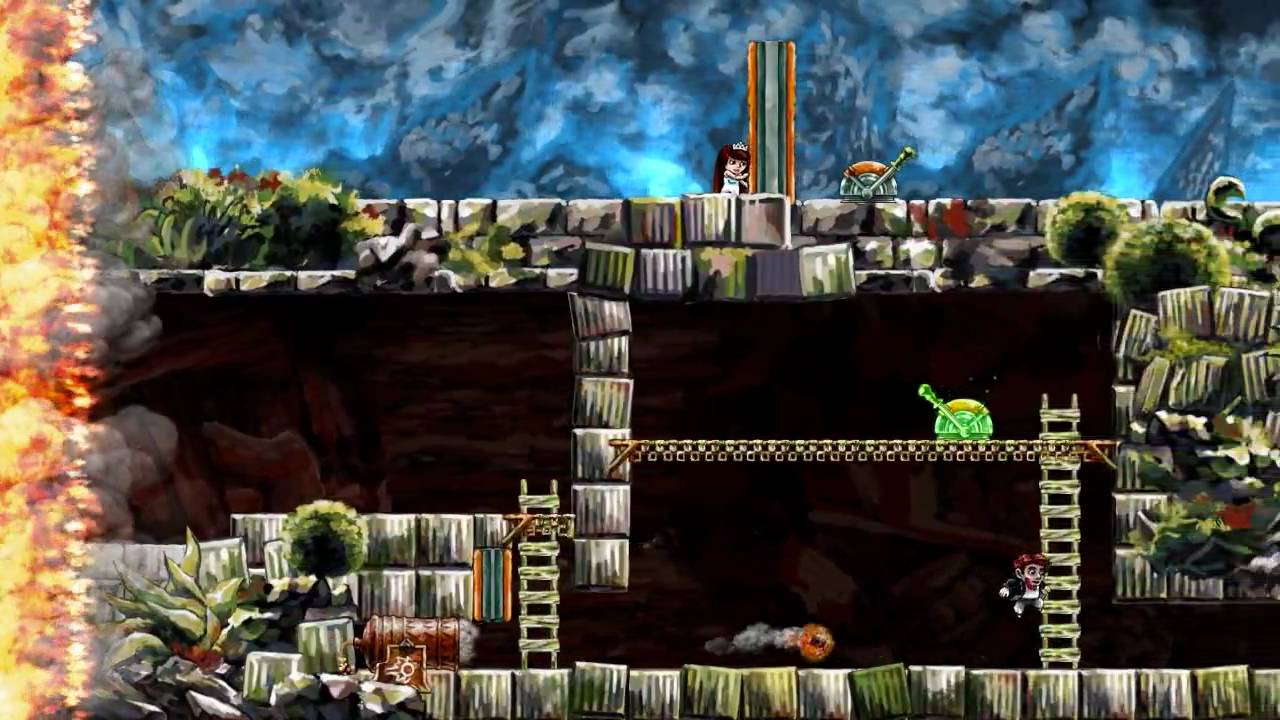 I think this game is even more famous for its story than for the gameplay itself.

I’ll confess that I enjoy the stories told in video games and I always lean towards games with HEAVY storytelling. What kinds of stories do you like to experience in games? Do you know any other apparently simple games but with brilliant stories? Do you agree with what I just said? Tell me what you think!

What language should we add? english, spanish, and...???

We're getting really close to our release date. Now we're focusing on polishing a lot of details and connecting all the scenes of the game to create the...