Eterium is a space flight sim in the spirit of 90's games like Wing Commander and X-Wing. Developed by a two-man team, Eterium aims to bring the classic style of space combat games into the modern era. You play as a pilot working his way up the ranks aboard the United Earth Alliance carrier Canopus during a war against an evil alien race known as the Revi. Experience story-driven gameplay, advanced artificial intelligence, procedural missions and intense 3D space combat as you battle your way through over 30 missions of action-packed gameplay. Gameplay Features: * Fully customizable joystick, Xbox controller and mouse support * Outstanding stereo 3D support (nVidia 3d Vision only) * Advanced artificial intelligence * Dynamic difficulty * Intelligent procedural mission generation * Advanced ship damage systems * Fully 3D rendered cockpits * Asteroid and mine fields

Eterium has added support for Rudder Pedals, a new mouse control option, better explosion sounds and much more! The patch is available on both Steam and Desura.

About Eterium:
Born from a successful Kickstarter, Eterium brings the old-school space combat simulator into the modern era. From a cockpit view, pilot your starfighter against the evil Revi forces as you advance your way through a story driven campaign with over 50 missions, advanced enemy AI, auto adjusting difficulty and tight controls.

Check out the game on Steam and Desura. 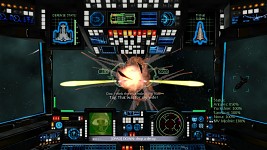 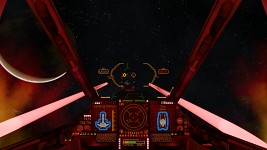