An offbeat tribute to sci-fi classic movies, players lead a group of aliens to take over Joe's TV after they are rudely awakened from their home, an old-school cleaning VHS-tape.

The story mode is playable alone or with friends.
In this second case, it’s a cooperative multiplayer, you have to help each other to finish the levels… or not, you just decide the way you want to play.

The story mode permits you to unlock content for the Battle mode. Each VHS played unlocks Multiplayer levels related to the environment of the VHS.

The game will be released with 4 VHS :

The battle mode is a kind of party game. You set the options of the games and play with your friends in a competitive way.

The objective is to finish the first and as fast as possible the levels !
Levels are smaller than in the story mode to give more rhythm and bring a sensation of race between the players.

Epic Loon is now out! 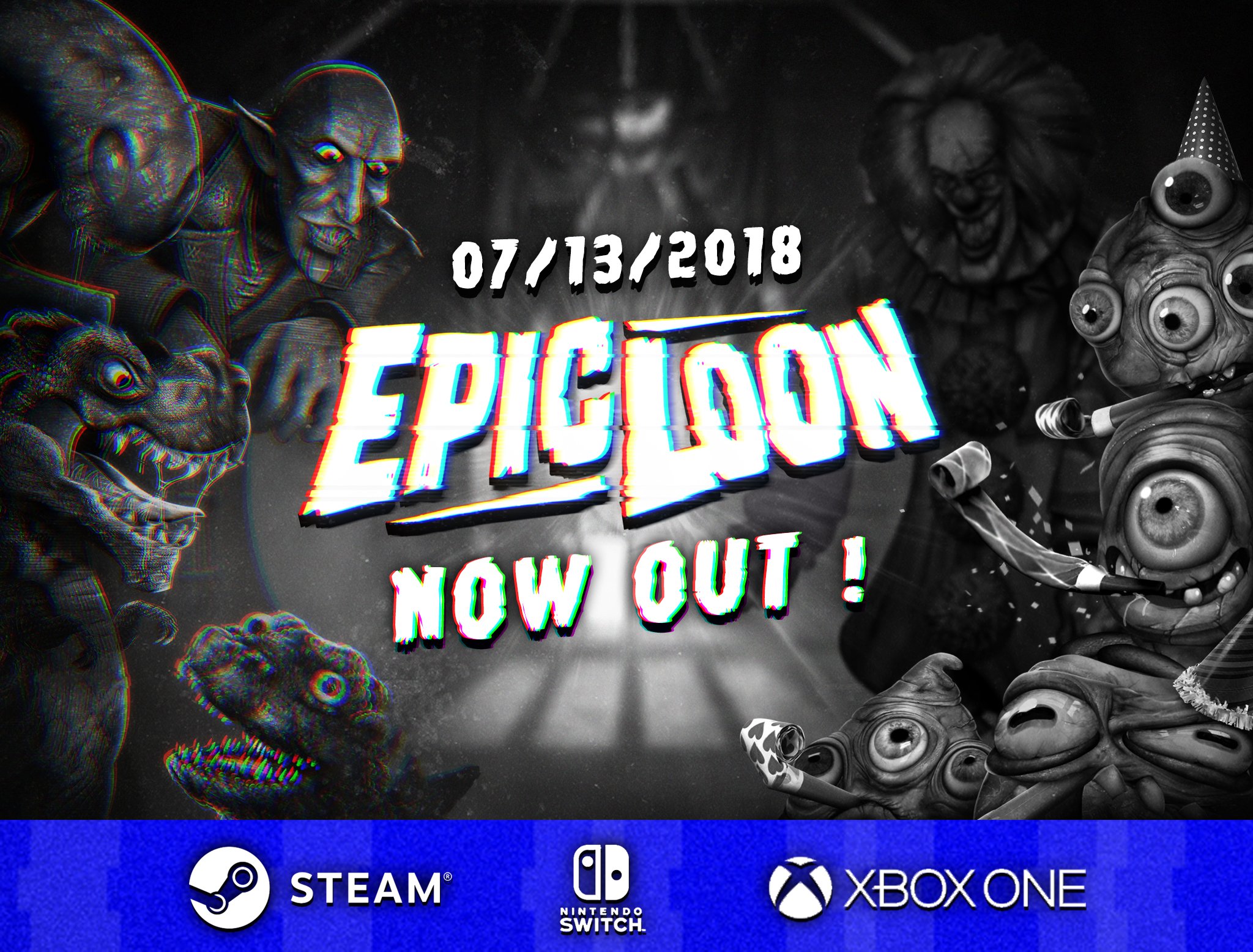 Epic Loon is NOW AVAILABLE on Steam, XBOX One and Nintendo Switch 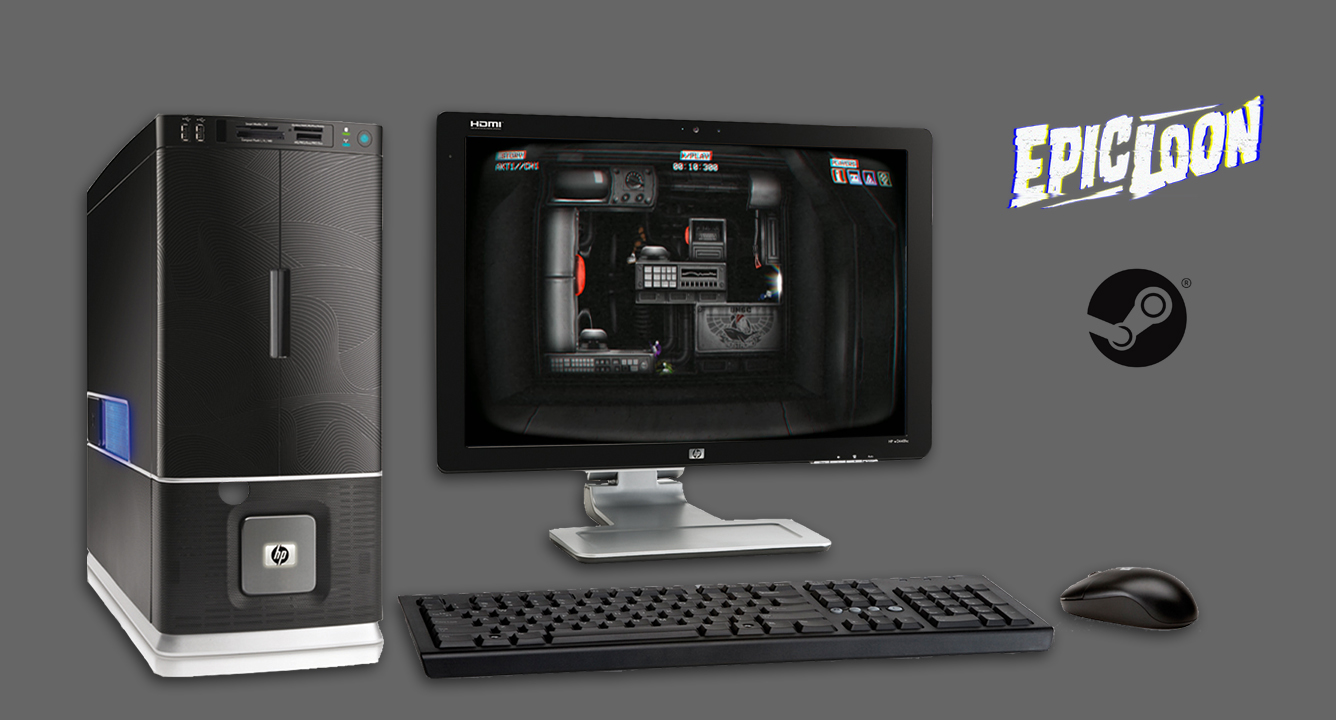 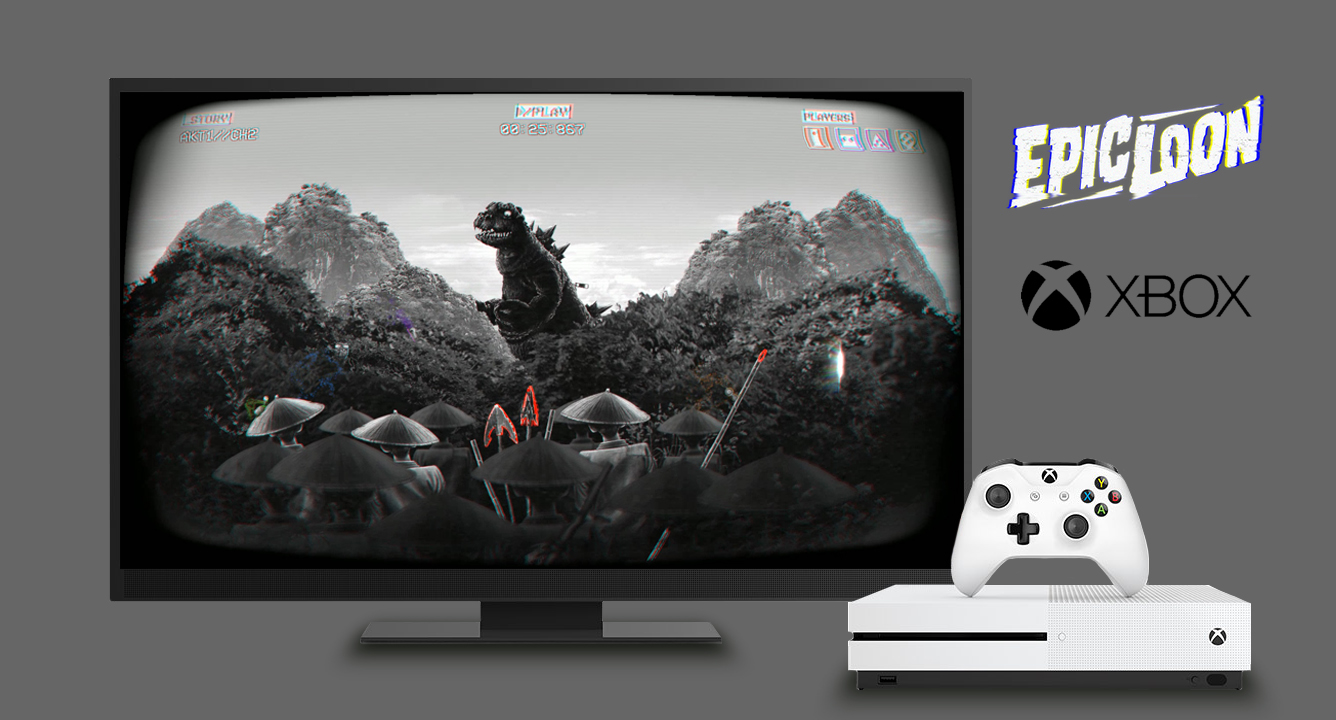 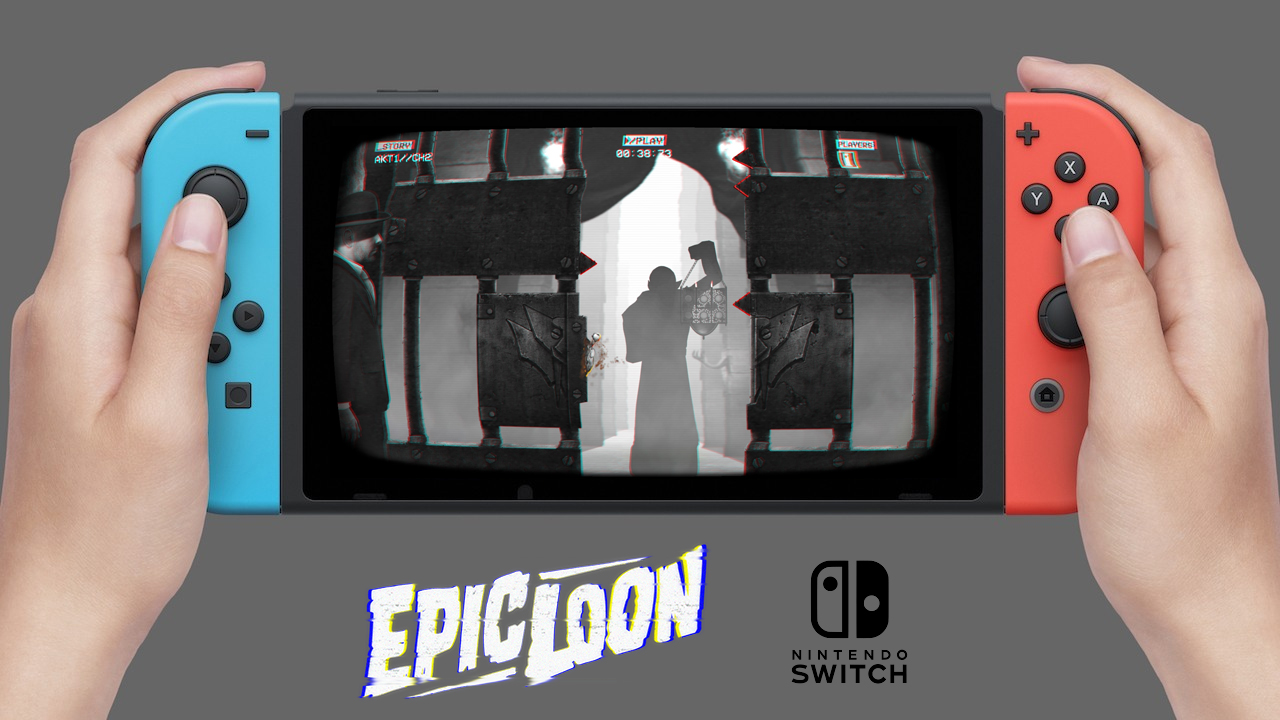 Play as 4 aliens who have invaded Joe's VCR. Make your way through parodies of famous movies and destroy the endings of his favorite films!

A quirky physics platformer for up to 4 players playable in couch co-op or battle mode.

Game Legends
This product could seem to make no sense at all, chaotic in its production with dozens of different influences. But the work of the French Macrales Studio team has turned its madness into genius, with the support of Ukuza and Shibuya Productions.
Score: 9.1/10

The Insatiable Gamer
This is a very funny game that I had a lot of enjoyment playing. It has wonderful level design and a beautiful soundtrack, both inspired by old films. This would be a great game to play at a party, and could even be a good drinking game. I would suggest this game to anybody looking for some fun with their friends.
Score: 8.5/10

The Pixel Glitch
Without any doubt, an excellent game for parties where the laughter and good soundtrack can create great moments of fun and relaxation. It is possible to play up to four people in this game that is a pure tribute to the movies of yesteryear.
Score: 8/10

StayNerd
The latest work of Macrales Studio, which had intrigued us a lot in the recent months, has proven to be up to expectations.
Score : 7.7/10

Be gross. Be evil. Be EPIC.

Aftermovie & Conference of the pre-launch event

You're sad to have missed the awesome pre-launch event of Epic Loon and want to revive it?

Epic Loon will be launched in 2 weeks: friday the 13th of july.

After 3 years of design and development, Epic Loon has received an official launch date: June 28th of this year.

Ukuza’s quirky physics platformer, Epic Loon, has had quite the busy week. Just about timed up perfectly with the new year, the title has received a...