The horde is here to eat your brain and murder every single one of your scientists. Gather your forces, this is the last stand before we lose the facility! Place guards, close doors, and position traps. Survive as long as you can!

Endless Horde is a Tower Defense game where the enemies spawn in different areas every time you play, don’t get too comfortable with a strategy or they will overrun you in no time! Each wave is a different experience.

The best features of the year!

Hello everyone. Soon it will be a year since Endless Horde launched on STEAM

We believe it is time to post an article about some of the most meaningful features that have been added since release.

When the game starts, there will be a couple units already placed through the map. From handgun soldiers to ice barrels. These units should be able to fend off the initial waves on their own, giving enough time for the player to create a strategy depending on were the scientists have spawned. They are a great help to new players as they prevent them from losing the game too quickly when they don't know what they are doing.

Speaking of map defenses, there are now turrets placed around the map. Beyond just being undead killing
machines, they add strategic value to the game as they can act as choke points against the undead.
Their large HP, attack and range are great support to your units. Either to reinforce the area you are protecting or as a bait to lure the undead to a spot that you units can decimate.

As a last resort for the player, the boom button triggers a series of explosions that completely wipes
out all enemies on the map. However, the more enemies that get killed by its activation, the longer
its cooldown will be. It can be used during early waves to speed up the game and to get out of difficult
situations where the undead gets too strong. 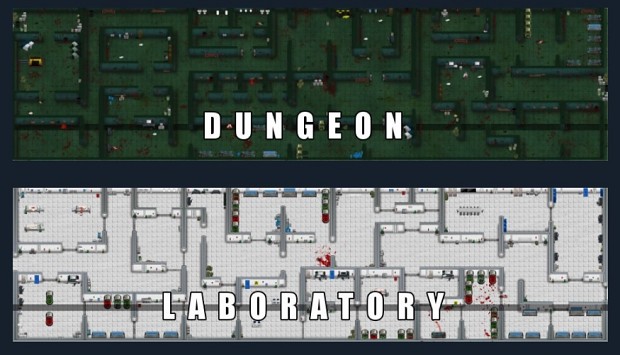 After surviving a couple waves, two additional maps will be unlocked. These maps are based on the levels
of our other game Deadly Escape. That game was being developed along side Endless Horde, but it suffered a major delay, causing Endless Horde to release these maps before Deadly Escape was even released.

Of course, there are more features that we've added to the game after release and we plan to add even more. However, a year after release, Endless Horde is not selling as well as it was doing the past year and thus new content is taking longer development times. If Endless Horde calls your attention, check it out.
It costs $1.99 USD, you will not only be buying the game, also you'll be contributing to increase the lifespan of the game and help us make more games!

As always, thanks for your support!

Endless Horde is now on STEAM

Warning, incoming zombie horde. They are here to eat your brains and murder every single of your scientists. Plan your defense and help them survive as...