Ann awakes on the island of Ylina. No one has ever seen her and she doesn't remember anything. Yet, Ylina is the last land on Earth...
Explore the island of Ylina and find out about Ann's past in this adventure/action/RPG. You can choose to wander around in the forest at dusk, explore deep underground ruins from another age, or take a walk on the beaches, staring at the endless ocean. ...Or, you can choose to face your destiny.

Among other things, Dreams of Ylina includes:

A demo will soon be available, presenting a prologue to the game (same gameplay, events happening before the main game).

I decided my previous casual projects were enough to start making what I had dreamed to create since the 90s: a Role-Playing Game. More specifically, an Action-RPG.

And I started making Dreams of Ylina.

I love writing and creating stories. I'm not saying I'm an expert, but I love that. And creating a story-driven game was an idea I definitely liked.

I love poetry, painting and music, I have studied all of these at different levels, and I believe they all can have an fundamental role to play in a story, inside a video game. 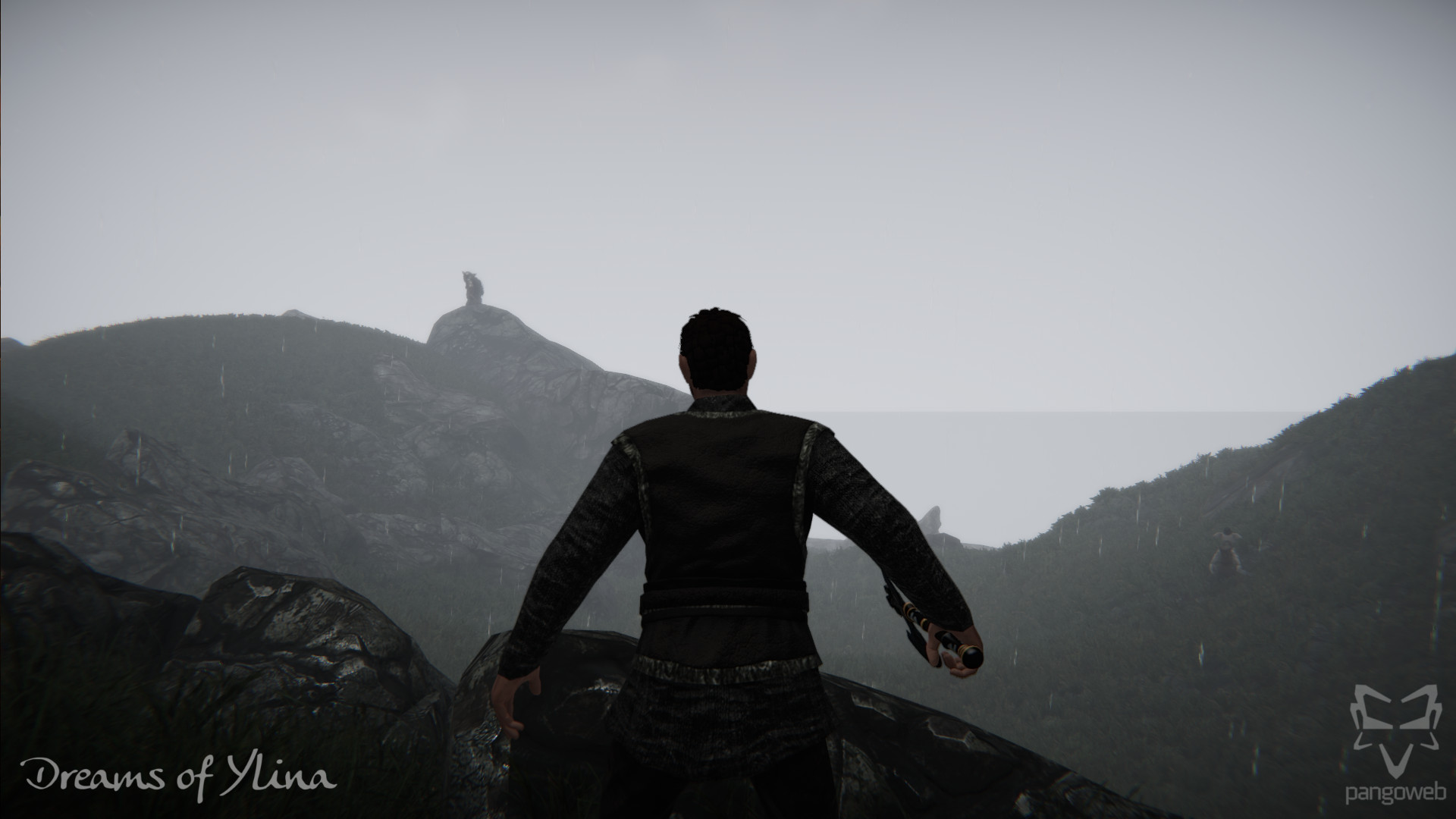 Over the years I tried to improve the visual aspects of the game: the terrain and vegetation, the underground caves and ruins, but also the overall atmospheres. I tried to include meaningful musics that I composed, for most of them. I also included stories or cutscenes about the History of the island, especially as rewards for side quests.

I started making this game on Unity 5, starting with just a random island, to try functionalities: talking to people, searching a chest, managing inventories, dialogs and quests...

The first steps though, were on paper: drawing the map of Ylina, listing potential side quests, and writing the main story. From the beginning I tried to keep in mind I should keep it small: an open world, but on a small island, villages, but not crowdy cities... 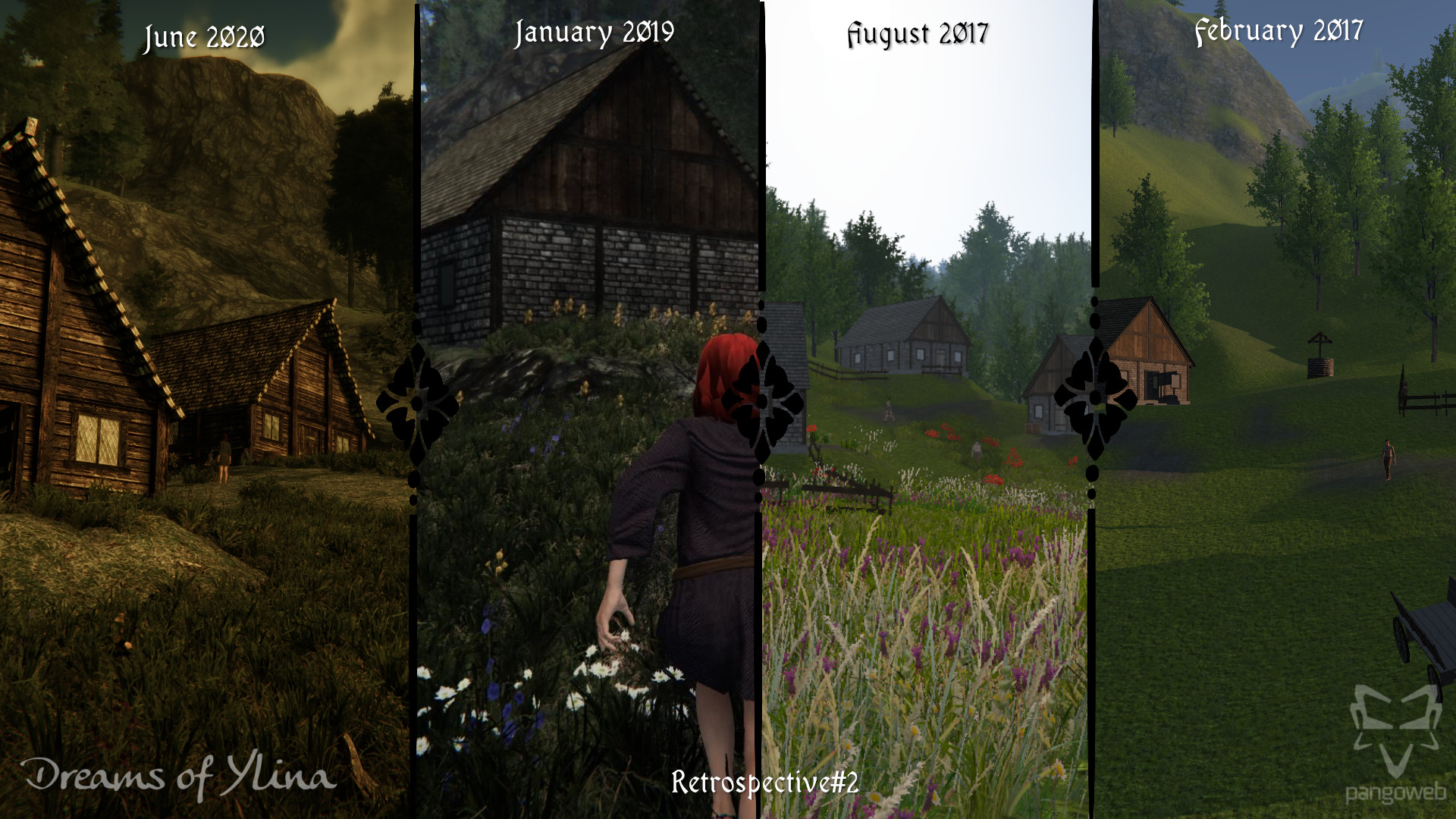 I learned a lot about the whole process too: several times I thought I could finish the game earlier, while the demo is just coming out of the oven these days, after many, many corrections and improvements.

After that I designed things and at the same time I was discovering tools that could improve my workflow. The project could have been developed faster using them right from the beginning, but that is also learning.

I code now better than before, and in some other projects I was able to write the same scripts that took me weeks at the time, in just a day. 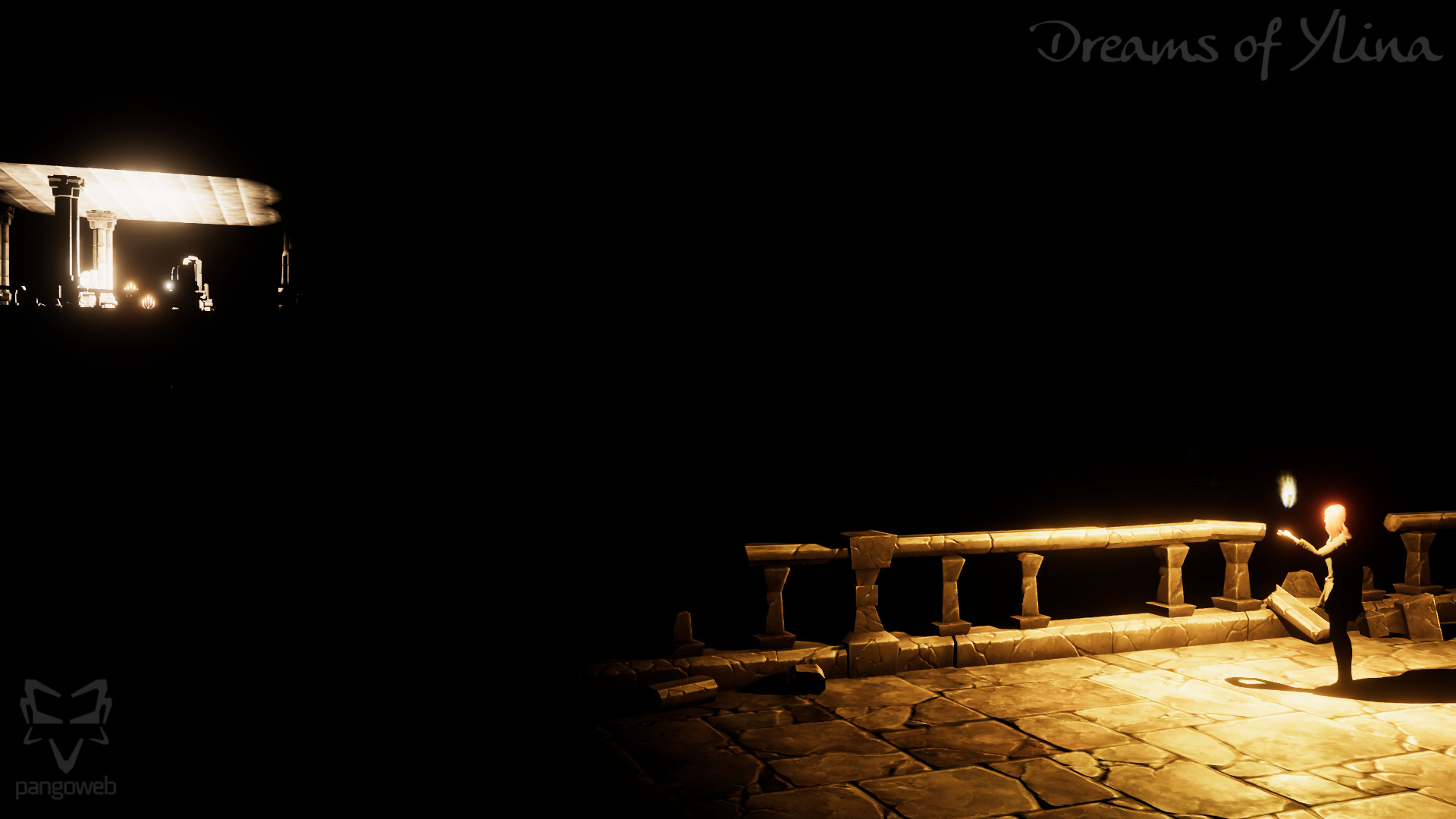 In a few days, the demo will be available on Steam, and I'll start a small Indiegogo campaign, not to fund the entire game development, but to cover the fees for some elements in the last part of the production process (voiceover, etc.).

Thoughts on what you see

Thoughts I had slightly before working on light and graphics for Dreams of Ylina.

To sum up: this is an article about: why i'm writing this article, my own life that hardly someone care about (e.g.: how I came to make this game), a...

Glad you were able to find light in unity! did you ever get a chance to release the game?

Twitter
Tags
Embed Buttons
Link to Dreams Of Ylina by selecting a button and using the embed code provided more...

Cross of the Dutchman Adventure

Memories of a Fisherman Adventure