SILENCE OR VIOLENCE:
Zombies can hear your every move, from firing your weapon to closing a door. Remain stealthy and unseen or be prepared to fight back. Once one sees you all hell breaks loose, if you don’t kill it, the noise from its excitement anticipating gnawing on your brains will catch the attention of any close by, and firing your weapon it is potentially far worse.
It is no use hiding with your head between your legs though. When the human population becomes diminished the hordes of zombies will be attracted to your smell drawing them ever closer until they inevitably stumble upon you. 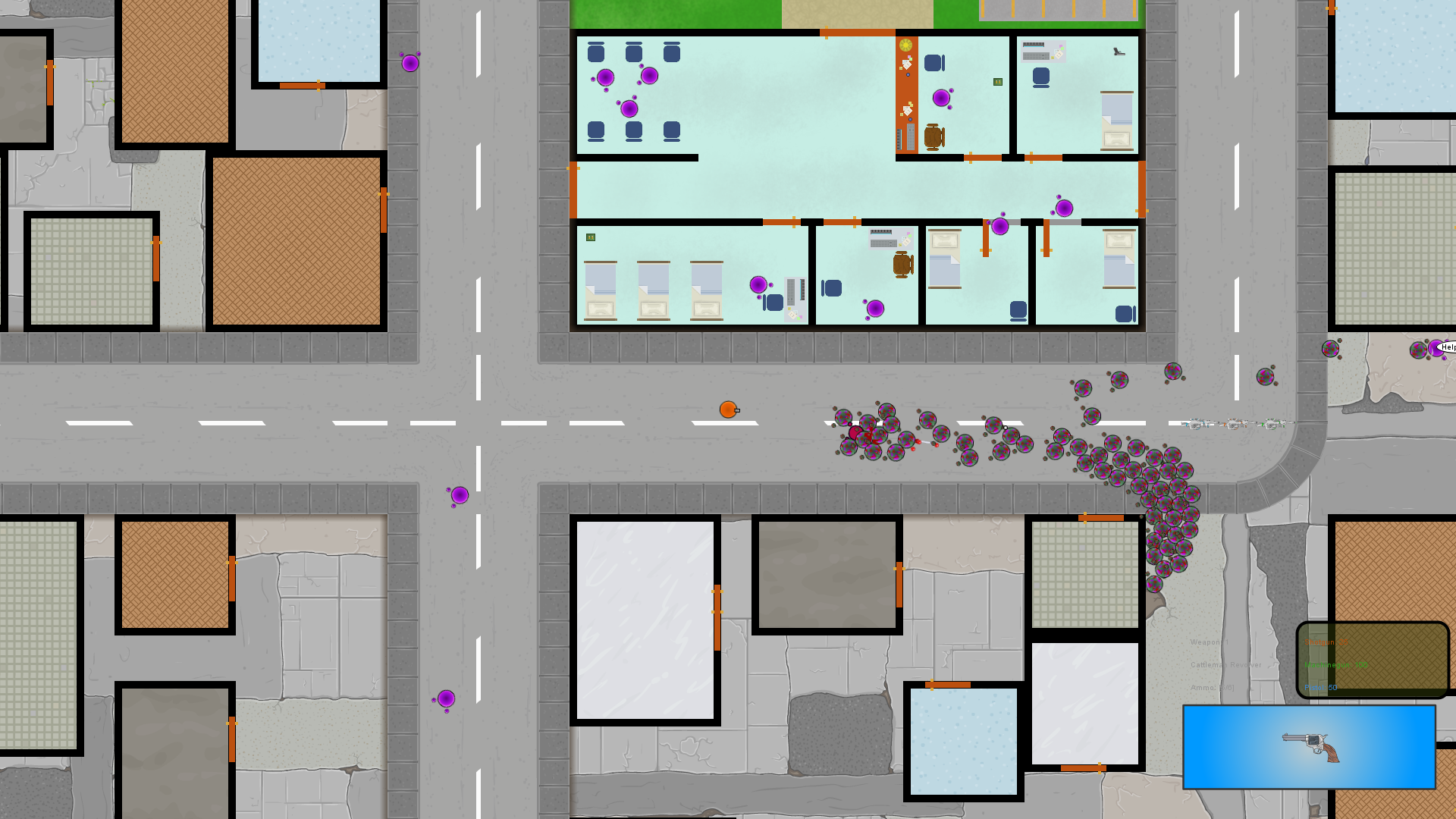 NOTHING LOST, NOTHING GAINED:
The entire map, all of its contents and every AI is being simulated with physics persistently. With nothing being artificially added or removed.
This means that any actions and decisions you, or any of the AI make, will affect the way in which the game progresses. Use up all the ammunition in an area or if it becomes too hazardous to stick around then you had better get moving to somewhere better. 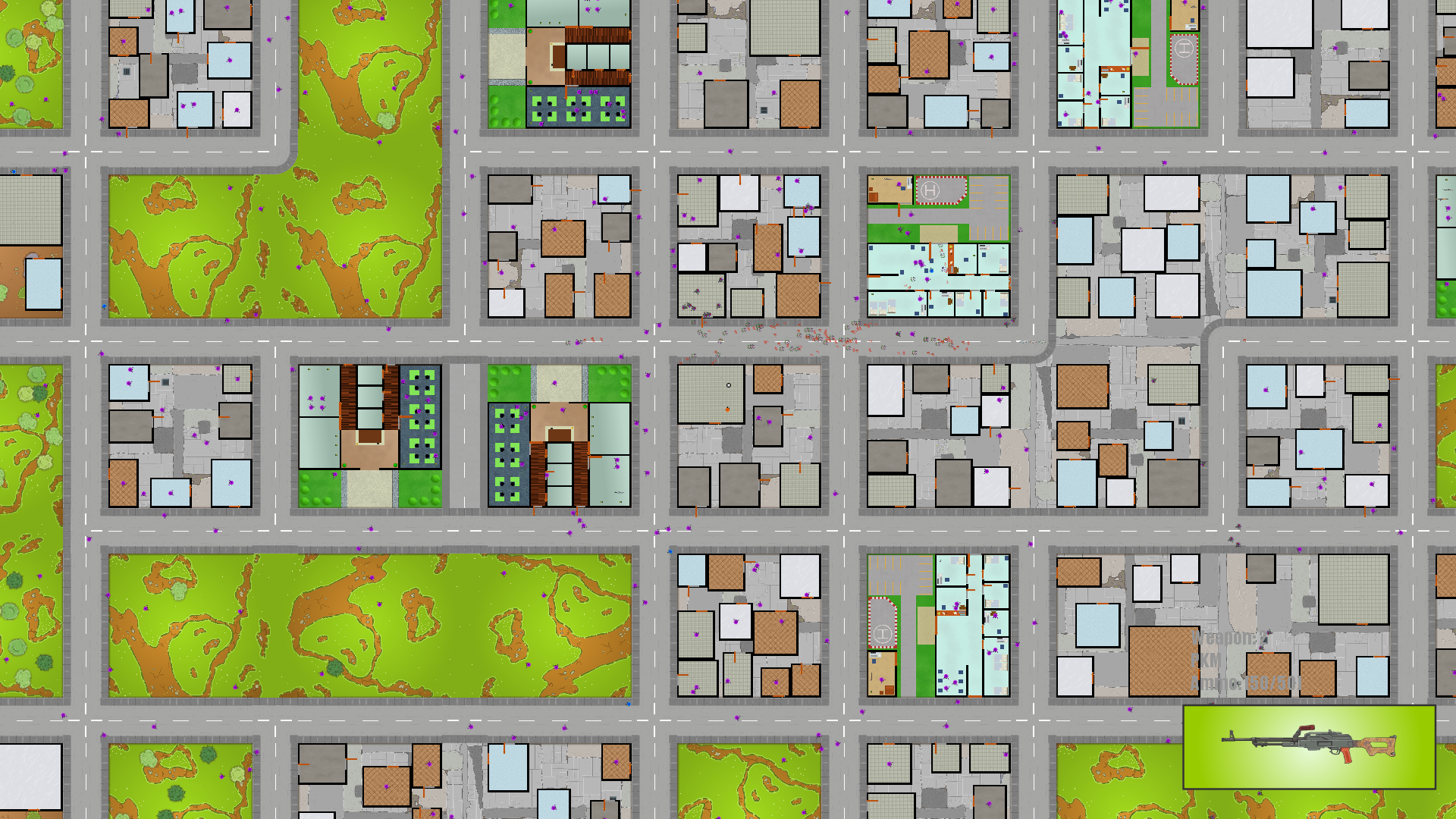 IT WON’T STOP:
Most of the enemies you see will have at some point been an unsuspecting human AI. At the start of the game the world is populated with a few hundred to thousands of human AI and a small initial population of 10 or so zombies. From this initial scenario the zombies will tear their way thought the initial civilian population vastly growing in numbers until they have overwhelmed all. The various stages of progression the infection naturally takes offers a variety of new challenges for survival.
The humans are by no means helpless however, the world contains a healthy distribution of gun wielding civilians, police officers and military bases. All of which are ready to defend what they hold dear, providing formidable roadblocks that can for some time halt the spread.


A FRESH START:
Every new game results in a completely new map generated so as to resemble a town. With densely populated areas and industrial buildings towards the centre that gradually fades into residential areas before the outer edges of the forests and farms are meet. Previously the system selected from an array of predetermined segments. The new system that is currently being worked on features completely procedural building creation and placement, which is customised to produce unique layouts for each of the different segment types.

FOR THE FUTURE:
The game has progressed a lot from the point at which the initial trailer and images were taken. With vast visual overhaul, AI improvements and currently in the works a completely procedural building based map generation (reason for not being able to update the trailer yet).
But before the game is released, I intend to add the following bucket list of features:

MORE INFO:
More info detailed in the features and contents announcements. Or see the District Overrun site and social media pages for regular progress updates and an early look at the new features.

Zombies have been a bit haphazard. This build has been centered around improving the effect that the zombies have on the game by updating some of their movement mechanics.

When military or officer humans are infected and turn they will retain their former stature and strength as an infected.They also gain the ability to attract other zombies from the local area.This results in the formation of zombie hoards.You now need to be mindful of what you are heading into, as a well placed hoard can very easily mess up your day.Whilst in a hoard the usual mechanic of one zombie calling out when it sees you means you can swiftly have a hundred or more barreling after you. 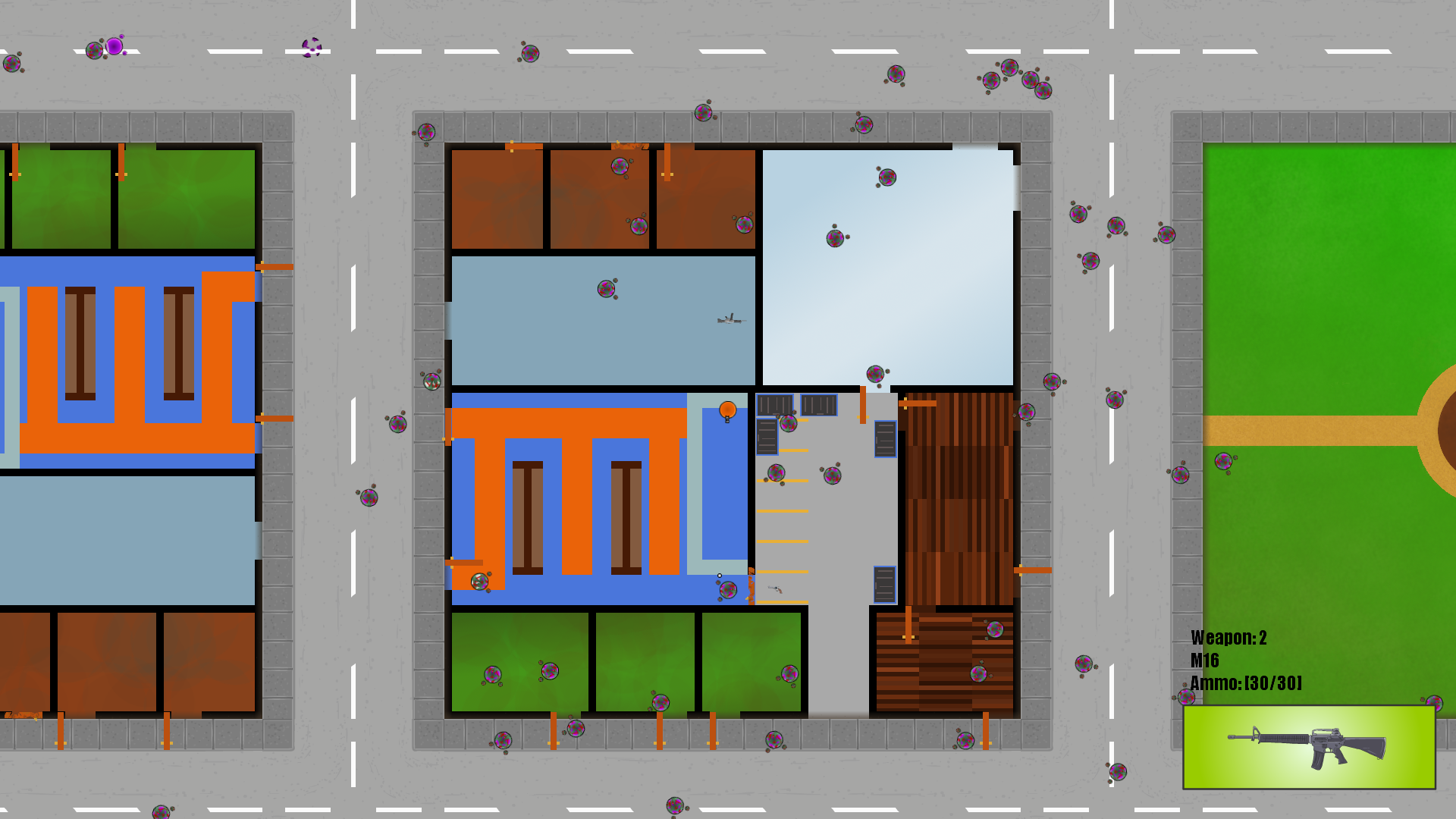 Zombies will also be more persistent when pursuing any potential prey.As previously they would assume you had disappeared the second you make it round a wall.The lack of memory on the zombies part made it very easy to escape.Now the zombies will continue their pursuit to the last known location of any target that had been lost, unless of course some other unfortunate target crosses their path.When following the zombies often keep up the chase into any buildings, so diving in through the nearest door is no longer a safe bet.

Some various improvement were also made to the human AI variants.Now marines and offices can also make use of doors. (as long as they are not locked)And progress has been made on reducing friendly fire incidents, so that the shooter will hold fire until they are aiming directly at their target.Which removes the issue of firing in what ever direction they were facing towards when first startled.I am yet to add any check that prevent firing if there are friendlies between the shooter and target,even though this somewhat represents the chaos of a zombie attack.

I have also noticed that some mechanic of the game are not inherently understandable.And without a tutorial, have been misrepresented as odd game features.Namely the encumbrance system, which slows down your movement based on the cumulative weight of all the weapons you are carrying.To help resolve the issue I have decided to make use of the entity dialogue system.So now whenever you pick up enough equipment to start severely effecting your speed,your character will spit out one of a selection of dialogue messages that help portray that there will be consequences to loading up on weapons.I have also made use of this when trying to unlock a closed door.Which is a feature that has long been disabled for lack of any means to explain to the player that a door is in fact locked, and that they can potentially shoot it in order to free the lock. 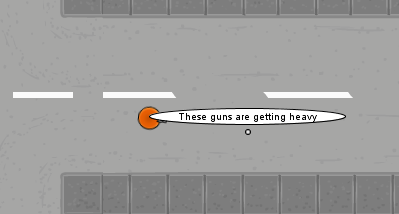 The project is still in development and so some features are unfinished.

More info on this and other projects : site Dynamic Cell Games or twitter @DistrictOverrun

Enjoy and please give feedback.

ZFG has a new active title: DISTRICT OVERRUN This is the latest build. Includes many improvements over the previous version, but is still in active development...

I have been away for a while, but I’m now back and making loads of progress again.

ZFG is now playable and has just been released as an in-development title. You can download and play it for free from GameJolt.

Explanation on the procedurally generated map system that has been recently expanded to be used by the AI for efficient interactions that along with multi-threading...

ZFG has a new active title: DISTRICT OVERRUN This is the latest build. Includes many improvements over the previous version, but is still in active development...

Download, unzip and play. ZFG first release. Would love to hear all your feedback. Quick update to improve the controls, instructions menu has been updated...

Hey, sometimes the game stopps (Without the "ZFG doesn't response" appearing at the name in the up-left) and never continue, then I close the game and the music continues and I can't stop it, only lowering it with the Microsoft's sound controller. So it isn't so Fluid xD. And the only way to stop it is turning off my PC and then turning on. And last thing, when naming the saved game, you can't delete what you wrote :D

When are you planning to release this game?

Its out right now, check it out on GameJolt Gamejolt.com and will be on indieBD shortly.

ZFG is currently in development by Alex Deacy, in the UK. The game is a top down survival shooter in which the player's aim is to survive the exponentially growing horde of zombies that are infecting the natural population of humans. Find and put to use any weapons and ammunition you can find before the infected snowball out of control.

The persistently simulated map creates emergent gameplay, as your early actions and decisions shape how the world progresses. After the initial map generation all of the weapons, ammo and AI remain persistently in the game, the small number of initial zombies actually attack and infect other humans across the map, constantly growing in numbers they eventually overthrow the natural population. The original inhabitants have just as much to lose as you and will fight and flee for their survival.