You are starting up a company, and your need for money grows until you become desperate. How low can you go?

This devlog is dedicated to showing what the idea for Dirty Ethics is, the current progress and the future plans!

The idea for Dirty Ethics is that the game is a 3D platformer, with the backstory of a startup business, which slowly corrupts as the ways of getting money get dirtier and dirtier... . The game will focus on levels with specific objectives depending on the way you are getting money, so the first level will be online funding, so the objective will be collecting supporters to complete the level. There will also be money around the level to collect.

The game will not have health or lives, but instead, your life is money. You will start out with $1000, and every level will have an obstacle to avoid. If you all into an obstacle, you will be teleported back to spawn and a portion of your money will be deducted depending on how many times you died and how long you've been playing. If you are stuck on the level for too long, dying will be more punishing. The game over will be when you become bankrupt.

Currently, the game is in a very good state. The first level is already designed with obstacles, money and your objective (that being supporters). We are not currently focusing on graphics or details yet, because we need the core gameplay down and ready to play, but soon enough, we will. 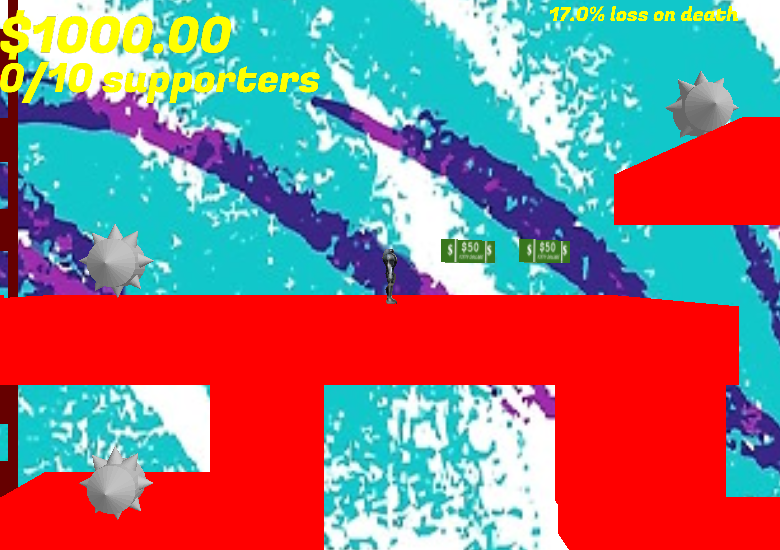 The GUI has the amount of money you have, the progress on your objective and the percentage of how much money you will lose on death. The controls are WASD and space to jump, but there may also be interaction keys. 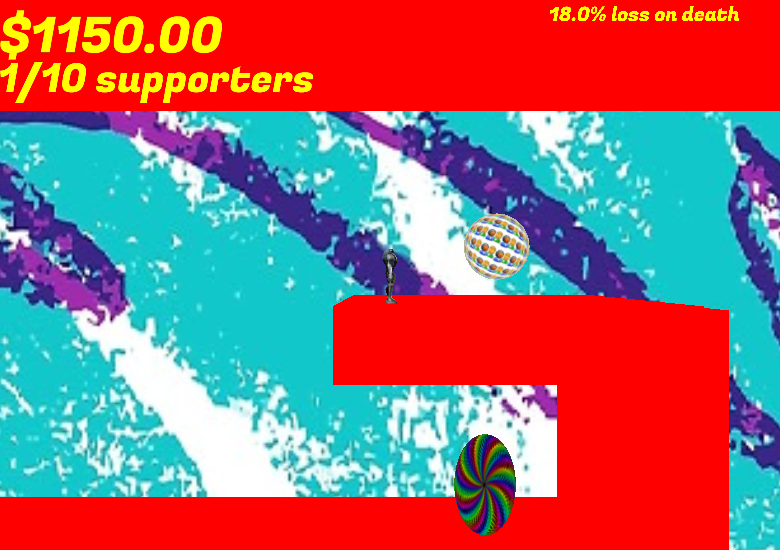 For the future, we plan to create more levels and be able to implement them into the game ASAP. We plan for the ending of the game to change depending on how much money you have (take note, the ways you are getting money is illegal, so the more money you have, the worse of an ending you may get, in a certain point of view)

That's about it. I actually had to rewrite this whole article because I closed the tab by accident. Please give me feedback on what to add because this is the first devlog I've ever made. Thank you for reading, and stay tuned for more!