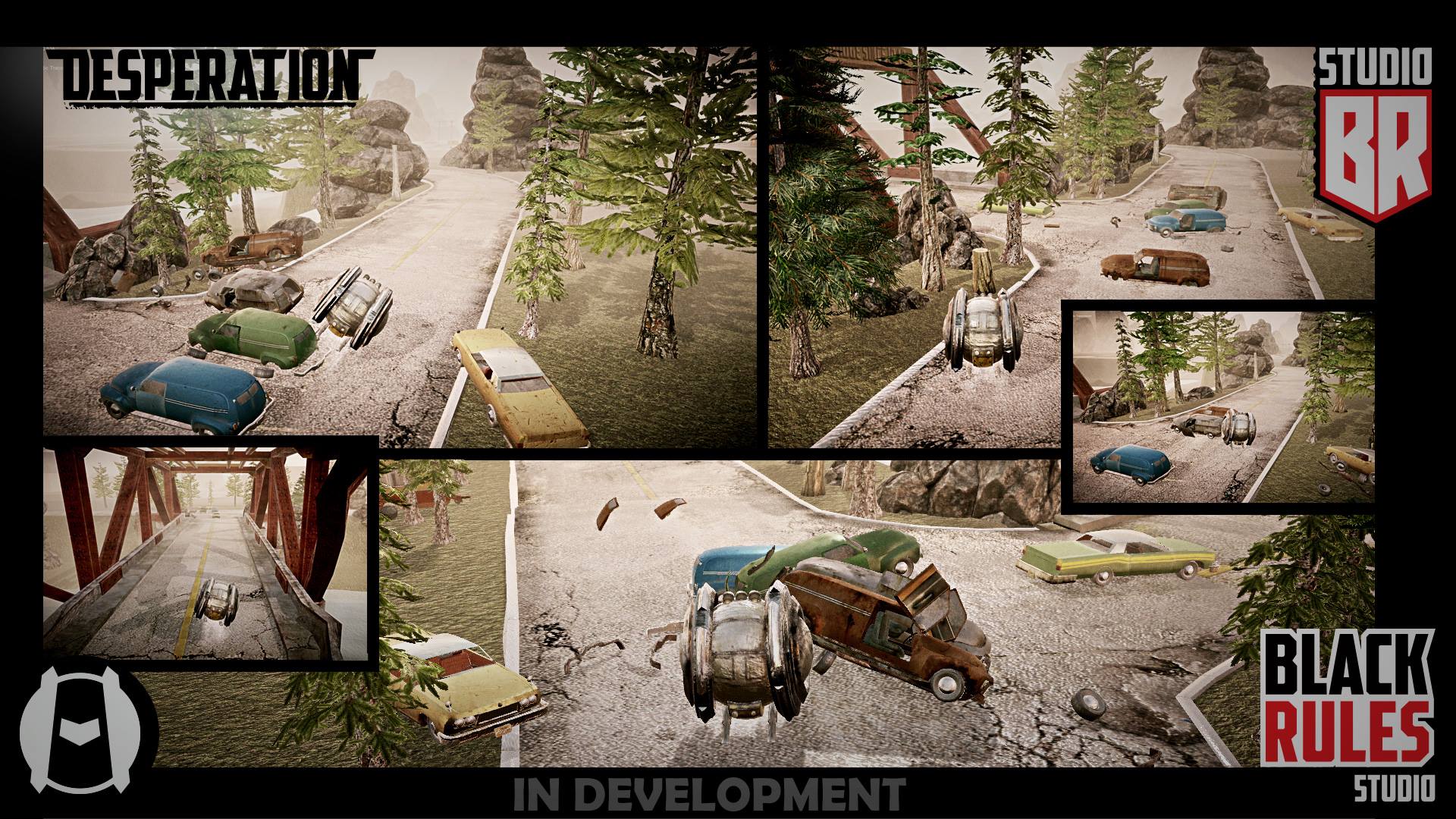 How was the idea born?

A man called Marvin Heemeyer inspired us for this. People call him America’s Last Hero and we completely support this opinion. He showed the world that even one man can stand up against the System, to fight what he believes in and defend his rights.

It is that kind of human perseverance, our relentlessness and power of will that we took as a foundation for our game.

This game takes places in an alternate universe in the America of the 70-ies. A military experiment resulted in the vast majority of the population of a paradise island being infected and mutated.

The protagonist is an engineer John Kowalski, after the global epidemic he locks up in his garage and creates his killer-machine called the Sphere. 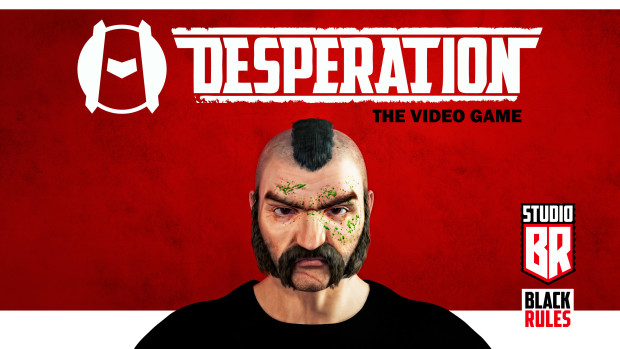 With his machine John attempts to save his daughter and the other survivors on the island. Hordes of mutated Bonker creatures and U.S. armed forces will stand in his way.

What makes this game entertaining?

Desperation is a hardcore vehicular combat arcade, it has a full motion picture storyline, multiple story branches, dynamic gameplay full of the spirit of survival and non-stop action.

The player will delve into a detailed universe with its own cultural values, atmosphere and style. In order to give the player a richer sense of the story and to reveal as much of the plot as possible we use graphical novel (aka comics) in between the levels. 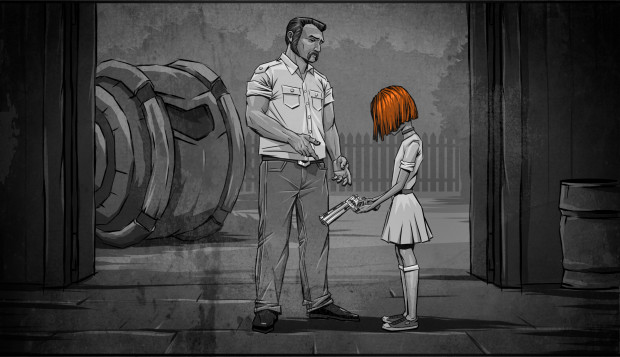 Our characters are fully developed individuals with their unique personalities, views on life and motives. 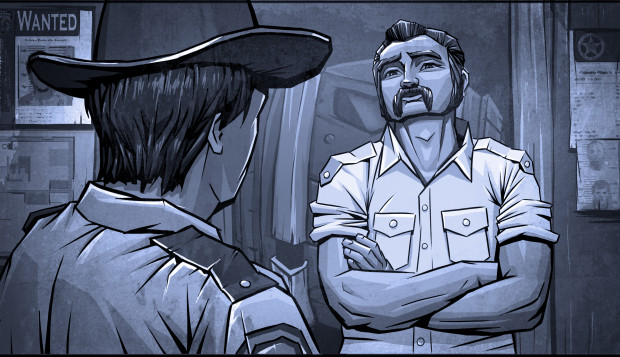 Desperation is the story of a brave and courageous desperado. 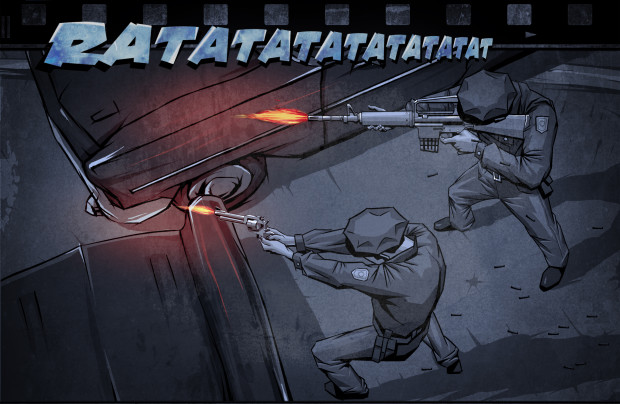 In the game the player will drive an incredibly powerful and heavy 3 ton juggernaut machine that is upgradeable with additional heavy weapons and plenty of other features. 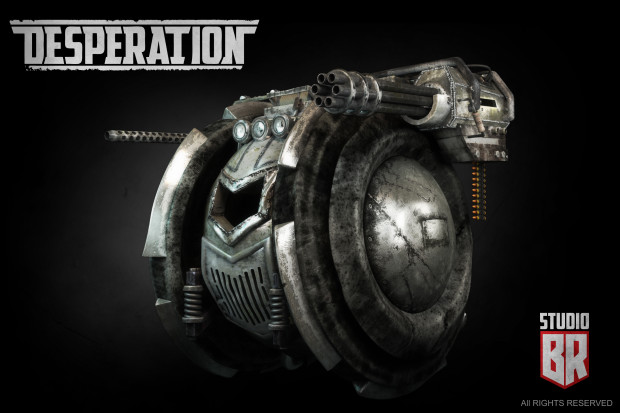 The enemy is a new breed that physically resembles humans – the BONKERS! 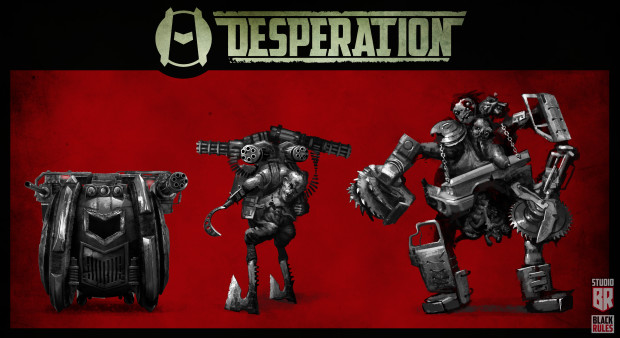 They are strong and fast, they are intelligent and cruel as beasts. They are capable of mutating to an unnatural size and they evolve by joining into herds, which makes them a force that crashes everything that stands in its way. 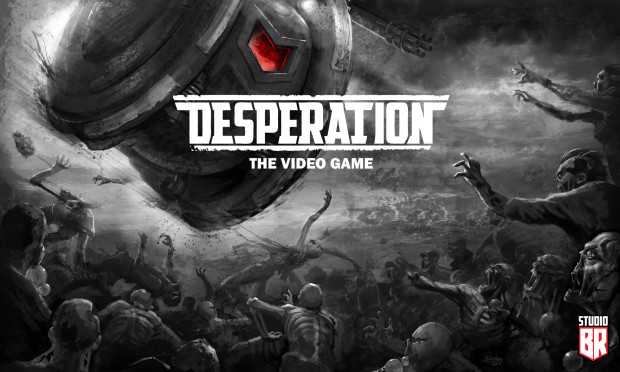 There no rules, no escape plan, no one to come to save you, only self-reliance and a will to live! 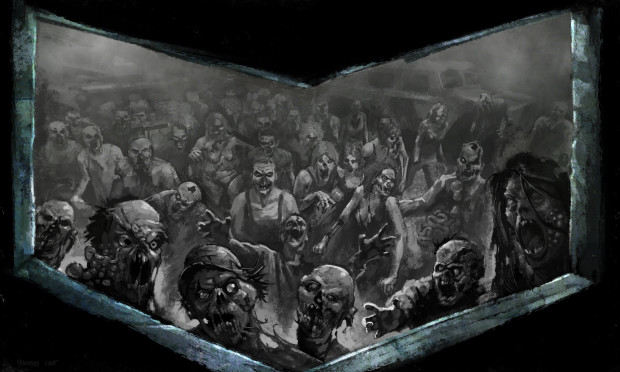 How is this game paid for?

Desperation is standalone, not free-to-play.

Buy once, never make in-game purchases. Your upgrades depend on XP points with no real money involved.

BR – Black Rules. It’s not just a company. We are a team bound together by the endeavor to create an extraordinary cult game with no fear of thinking outside of the box. We are here to surprise our future users and make them happy. 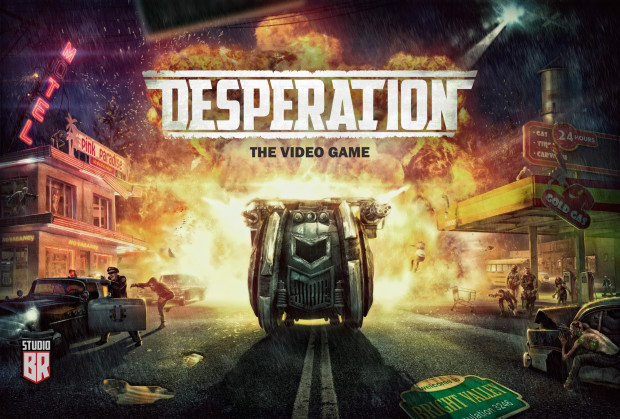 That engine does your game use?

We use Unity 5. It’s a light and flexible piece of software that allows to create quality games and deliver them across all known platforms.

How to draw comics professionally (Part 2) 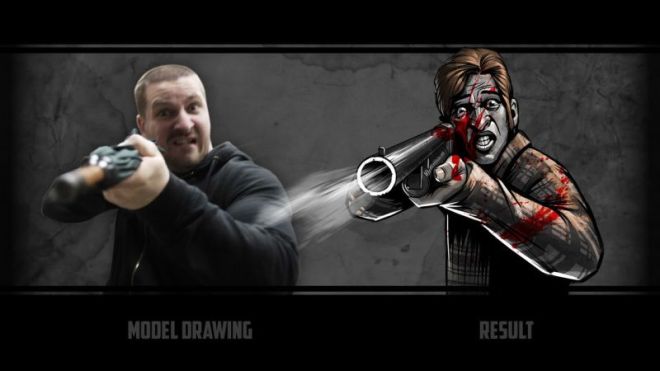 Another still frame from the comic that will be included in the final release of DESPERATION. This still frame was drawn to reflect the story of the game. It’s a common practice among graphic artists to exaggerate proportions. In our case we enlarged the eyes to convey the dramatic visual atmosphere.

We used 3ds Max to render the 3D model. We used a 35mm lens. This allowed us to show the gun in perspective. We picked a good shot and rendered it as an image using our 3D software. This screenshot was then imported to Photoshop to overlay with the character. Every frame in the comics will be then linked to each other using a video editor software. Eventually we will get a video with transitions and animations of characters, as well as particle effects and sound that will all increase the emotional effect of the video.

Stay tuned for further posts from the development team of DESPERATION.

How to draw comics professionally (Part 1)

Ever wanted to learn how comics are drawn? Whether you are professional artist or just interested in the subject you will find it to be an entertaining...

Sounds fantastic! I took a look at your channel, it's pretty awesome! I'll PM you with details)