DeepLands is a First Person Single Player Fantasy game with Puzzle game elements as well as some horror game and action game elements. The player will play mainly as a man who will have to find a way through the DeepLands in order to find his wife and a way home. The game is set in a dark and mysterious setting in the Fantasy world named Áris. 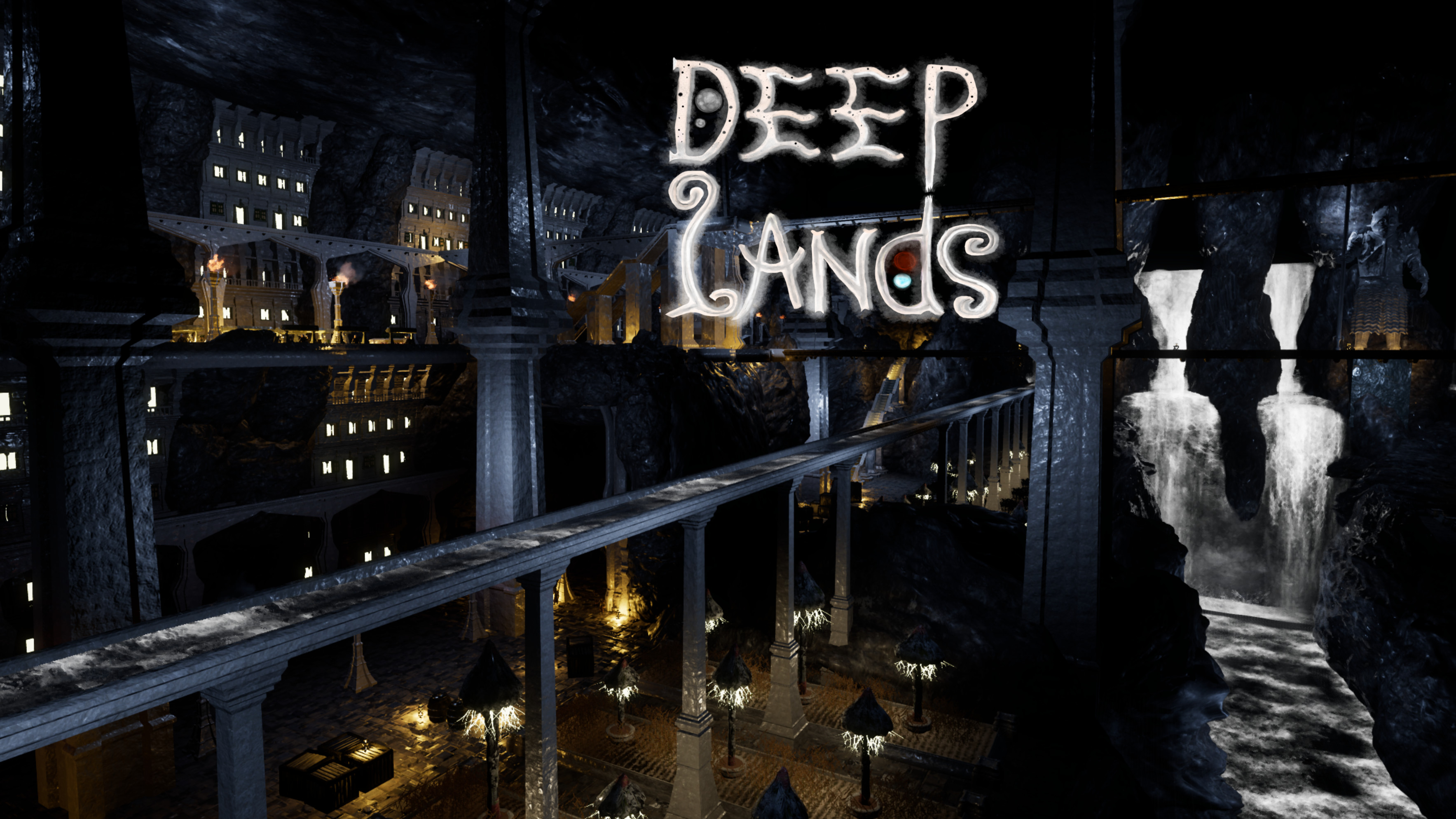 The story begins on earth in the near future. The main character you play is a man who just bought an old house and is just renovating it. But then all of a sudden strange things start to happen and then your wife disappears one day. Before even getting the change to call the police you discover that something is in the house... Then before you know it you also get dragged into the same place your wife disappeared into. But luckily you are not alone, a small friend is helping you on your journey through the DeepLands and into the hollow world where you are looking to find your wife. But this won't be that easy you soon discover as the two biggest kingdoms of the deep are at war with one another.

About DeepLands and the Developer

DeepLands is a game made by me, Tim Venekamp. A seventeen-year-old Dutch guy that has always had a lot of imagination and a desire to make and design his own world. I launched the game when I was sixteen years old, in the summer of 2018. When I started developing I didn't know anything about the industry, I just made the world I wanted to make. As I grew older I learned more about programming and the industry in general, to the point where I am right now. The thing about DeepLands that I think is so unique is that I made it the way I wanted my fantasy world to be, and not like the big industry giants who look at what would sell the best and what most gamers want. I took a lot of inspiration from Dutch artists and European culture that I grew up with.

I would describe Deeplands as a quiet, or calm game, But it does have its action moments and it will probably get more action in future updates and future levels. In this game, you will have to solve various puzzles, explore this new world, avoid as much contact with the evil creatures as possible, and eventually fight yourself a way to the "Blue Sun" where you will find your wife if you are in time.

To promote DeepLands and grow its popularity (top games), use the embed code provided on your homepage, blog, forums and elsewhere you desire. Or try our widget.

Pokémon3D is a recreation of the old Pokémon games Gold/Silver by Nintendo/GameFreak (but, of course this game has nothing to do with them ;) You're...

Save planet Mobius from impending doom from the nefarious Ashura and Dr. Eggman. This game is based on a darker perspective of the Sonic the Hedgehog...

Take to the seas with Nick and Pippa on an isle hopping adventure in search of new exhibits for the old Museum!

Onirism is an action/adventure game inspired by classic games!