You’re part of a small team sent to film a promotional video for a groundbreaking discovery: meteoric debris embedded deep in Arctic ice that provides clean, hyper-efficient energy. But as your dive begins, several explosions create a powerful current that drags you and your team down, trapping everyone in a vast network of submerged glacial caverns.

Escape together or die alone

Stranded at the bottom, injured and running out of time, your only hope for survival is to reach the surface. But the journey through the depths is full of unexpected trials. You and your team will fight your way through hostile creatures in increasingly confusing and dangerous environments.

But something else is going on. Things aren’t right, they don’t add up, and before you know it the truth comes into question. As you fight your way to safety, you’ll need to figure out what’s behind this surreal world and your desperate situation. Knowing will make all the difference.

It’s here, it’s really here. Dive into an atmospheric story with a friend and survive together.

No longer at the mercy of an AI, Ryan can now partner with a friend on Steam and play Debris the way it was meant to be played. For the first time, experience Sonya’s perspective and see what she sees. Work with Ryan to reach the surface and find a whole new set of secrets buried in Sonya’s ALTA account along the way.

Note: Talking is important, so make sure you have a way to communicate via voice before playing!

From watching players on Twitch, our own playtesting sessions and the closed co-op beta, we’ve made a bunch of balance changes to Debris. For example, we've adjusted the enemy difficulty curve in chapter 7 and altered the health of certain extra large creatures.

addition to overhauling a lot of the visual effects in the game, we’ve done another optimization pass to increase performance on most computers. Debris has never looked or run better!

As always, a huge thanks to all of our beta testers and players all over the world. We’ve taken the appreciation and criticism to heart (being Mixed on Steam is not a fun place to be!), and hope you and a friend enjoy Debris 2.0! 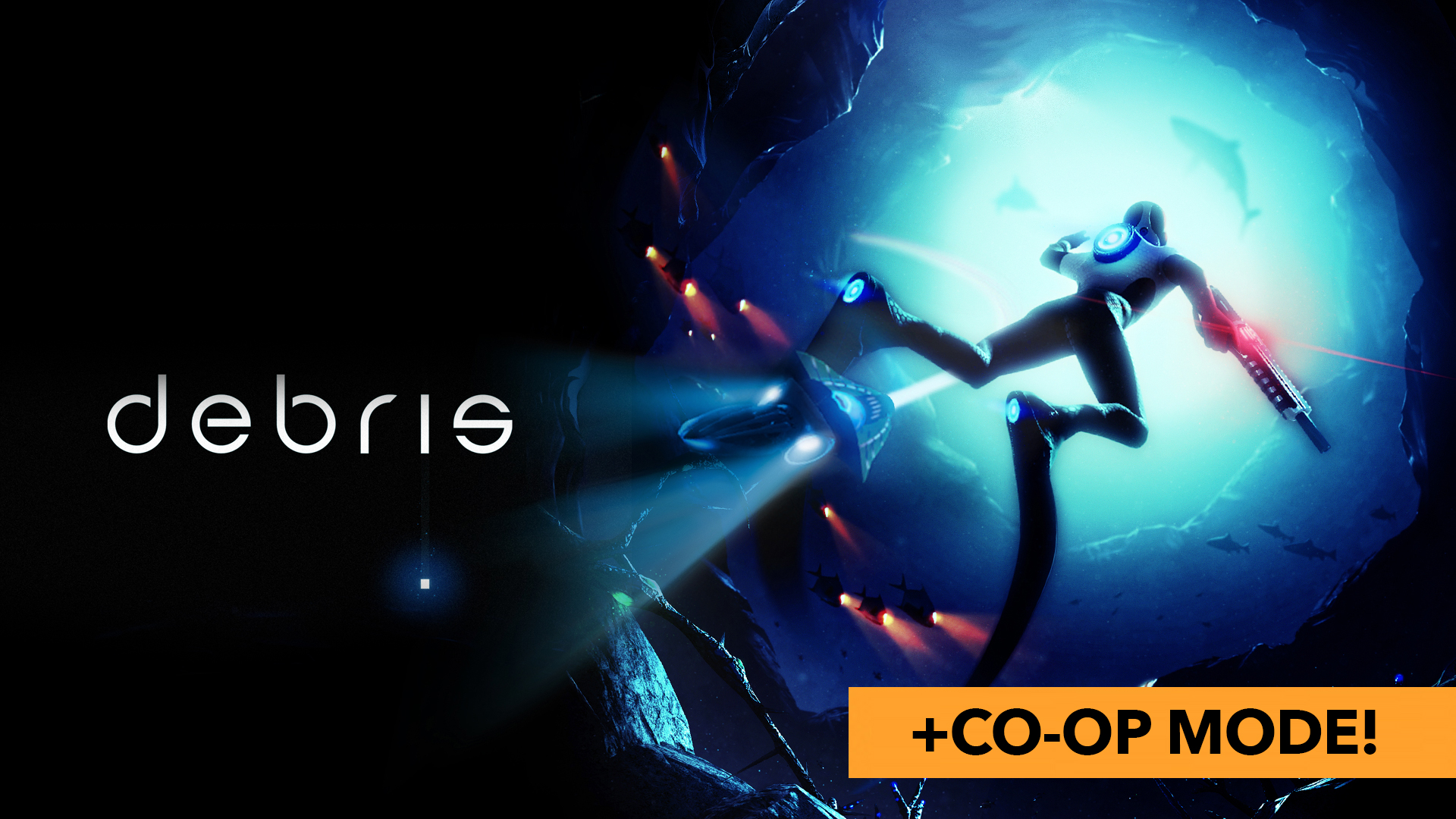 Debris is 40% off on the Humble Store

If you missed the last sale on Debris don't worry, there's good news. Debris is now 40% off #HumbleStore . So don't miss out this time, seriously! 🎉🎆...

Hello again! Just in time for the holidays, we’re excited to release our 1.2 update. A lot to go over here, but before we get started we want to thank...

Debris is on Sale!

Debris is now 40% off for Steam's Winter Sale, get it while you can!

We've heard you and we've fixed more issues in Debris.

The Movie are Amazing I love underwater games also Abzu and DeepFear :)

I must have this key pls

i need a key

Make sure to enter the giveaway! 🦈🦈🦈

yes i did it