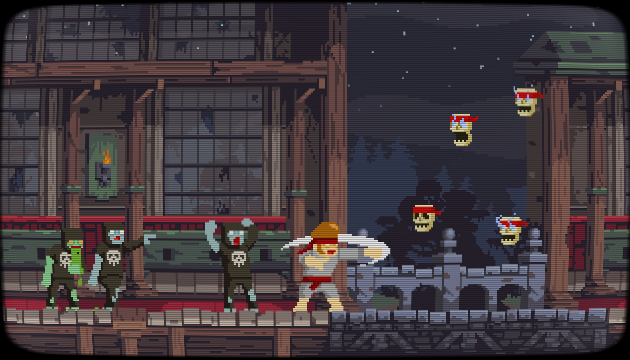 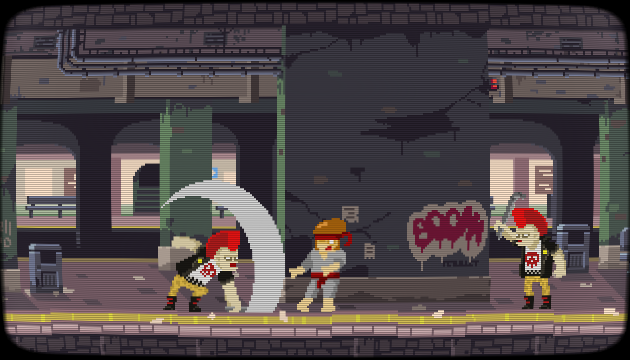 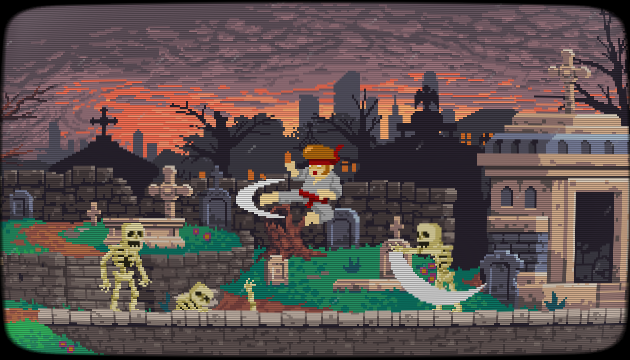 Previously of Pandemic Studios (having worked on The Saboteur PS3/XBOX360/PC) & now a freelance gun for hire. Ryan's pixel dexterity has helped solidify the game's visual identity.

Video Game composer for Indie megahits Spelunky, Ridiculous Fishing, Hotline Miami to name but a few! Eirik turns up his subwoofer & drops the mic for a HipHop meets Megadrive soundtrack.

Testing out some action in the Undead Dojo!

Deadly Venoms is currently around 18-20% complete and we need your help to finish the fight! We started development by getting some simple movement and collisions detection for the characters.

Once that was working and feeling good, we doubled down on the visual style of the game - check out the parallax scrolling above! Next we commissioned four tracks of funky music to add to the scenes and the whole game's identity started to solidify.

We now have three completed scenes, nine music tracks, playable characters and hoards of enemies to bash and beat up! But there's plenty more to do. With ten unique stages planned plus training areas to level up your characters, shops to buy upgrades & in-game vinyl records, bosses to master and a story to unravel .... this is where we need your help and support. Please consider backing on Kickstarter & voting for us on Greenlight!

To promote Deadly Venoms and grow its popularity (top games), use the embed code provided on your homepage, blog, forums and elsewhere you desire. Or try our widget.

The Infinite Potato Complex, in the simplest terms, is a game about shooting potatoes at evil robots.

Don't Get a Virus

"Rig or Skill: Pc Brawl" is a very simple and small game based on the idea of air hockey, but with some additional features like spawning units and using...

The "Oldschool Tank" is an indie 3D remake of "Battle City" game from NES. The main idea of the game - to accurately reproduce the original "Battle City...

Hoverloop is a multiplayer arena shooter that features customizable hover drones in high-speed combat. Players take their mechanized gladiators into a...

Swordy is a local party brawler with chaotic physics-based action. Master the weapons of war, using momentum and timing to fight for your life in a world...