Fast paced, Action packed, original 3D Tower Defense mixed with RTS! Get ready for some crazy Cubemen action! It’s the age old struggle between Good vs Bad, Blue vs Red, Little men vs Little men. Use your own little Cubemen to defend your base from other little Cubemen that are trying to run it over. It’s the usual story, but with many very interesting twists. Play a purely defense game in various modes on a sweet selection of levels, or go into Skirmish mode and play a new type of TD game against either the computer or another human opponent. That’s right.. Two way REAL-TIME TD against the computer or a real person! There are no static towers, just little men! Spawn your little Cubemen with orders to get to a certain location to attack or defend. You can move your Cubemen around the board at any time or click on an enemy to target them. It’s TD like you’ve never seen or experienced before. Grab it now!

Cubemen Beta 1 if finally out and available here on Desura for both Windows and OSX.

We are pleased to announce that after almost 12 months of hard work, sleepless nights and of course lots of fun, Cubemen has reached beta stage!

Cubemen is now feature locked and life is now all about squishing those final pesky bugs and then its full release time.

Cubemen has way more content in it than I ever planned for a v1.0 release, but I'm all about value for money and pleasing my customers, so I went the extra mile and now the shipping version of Cubemen now has: 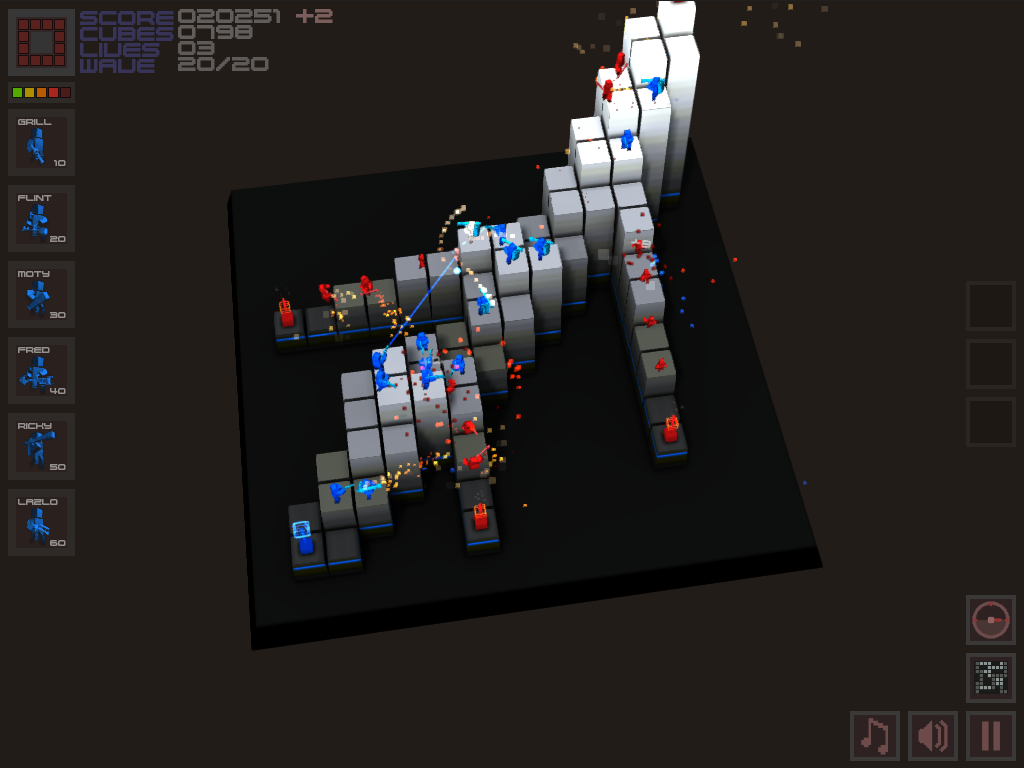 The image above is one of the latest levels called "Hard Climb" and shows some CRAZY last wave action with Lasers, Rockets, Flame Throwers and a never ending onslaught of enemy troops! Just the way we love it!

While Cubemen is in Beta, we are discounting it here for 25% off. Once Cubemen goes Gold, the discount is going away, so get in while you can to save on your purchase price.