Combat-Helo: Operation Ouroboros is a simulation project featuring the U.S. Army's AH-64D Longbow attack helicopter. It was started in the early 2000s by Richard 'Flexman' Hawley as an unofficial sequel to Jane's Longbow 2. However, due to lack of time, interest and resources the project went on hold. As of 2009 the sim is back and rather than simply picking up where he left off, Flexman decided to start again from scratch using an all-new graphics engine and this time with more help and resources available, as well as a renewed interest in the project. The team's aim is to recreate Longbow 2 for today's graphics technology, and plan to implement the latest upgrades of the real-life Longbow. 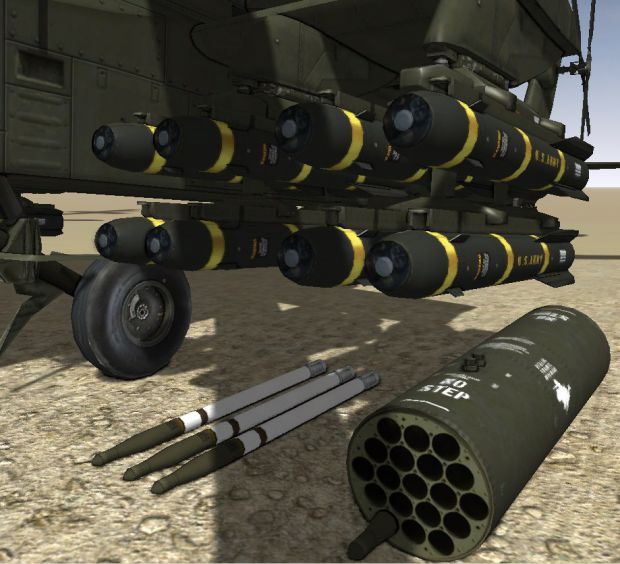 Hey, guys... just wanna give an atta boy for the attention to detail. This screenshot of the rocket pod lying on the ground stunned me. The logo of the rider on the horse is the exact logo of the Air Cavalry Troop I commanded in Korea back in 97-98. (we flew AH-64A's at the time). We were C Troop, 3/6 Cavalry. aka, "The Ruthless Riders" - with a lineage back to 7/17 Cav in the Vietnam era. We used to spray paint our troop logos on the rocket pods to keep track of them, so we knew who they "belonged" to... Each troop was accountable for their own, and since they were easily "swapped" between birds, it made it easy to know which one was "yours". Thanks again, guys... looks fantastic!