Step in the boots of Jim Morrison, a private investigator that sees his dwindgly career head in an unexpected and unwanted direction. Explore the world beyond the realm of ”modern belief” and try not to go too much down the rabbit hole or you might never return.

Case 1:
Boston, 1978, private investigator Jim Morrison finds a curious letter on his desk. A young woman, living on a farm not far from the bustling city, calls for his aid in a strange case of ongoing disappearances. The local authorities aren’t making any progress in stopping this crisis and the woman fears that she might be next.

At a low point in his career, Morrison decides to accept the case and heads out to the farm. Upon arrival, he only happens upon more questions that need answering and the recent disappearance of the one that summoned him there.

In today's blog post we will talk about one of the game features you will encounter on the maps: Portals. Similar to the ones from the game with the same name, in Classified Stories, a portal is a magical doorway that connects two locations.

Visually, the effect is awesome and if you enhance it with some eye candies (like particles) you obtain quite great results.

Here is a preview on how a portal works and looks in Classified Stories:

*For this demonstration we removed any other particles

As you can see, the player enters the small garden shed only to smoothly teleport himself to another building, the main farm house.

How did we achieve this effect?

First, here is a screenshot of how the garden shed (location A) actually looks like. A small room, where you can barely move: 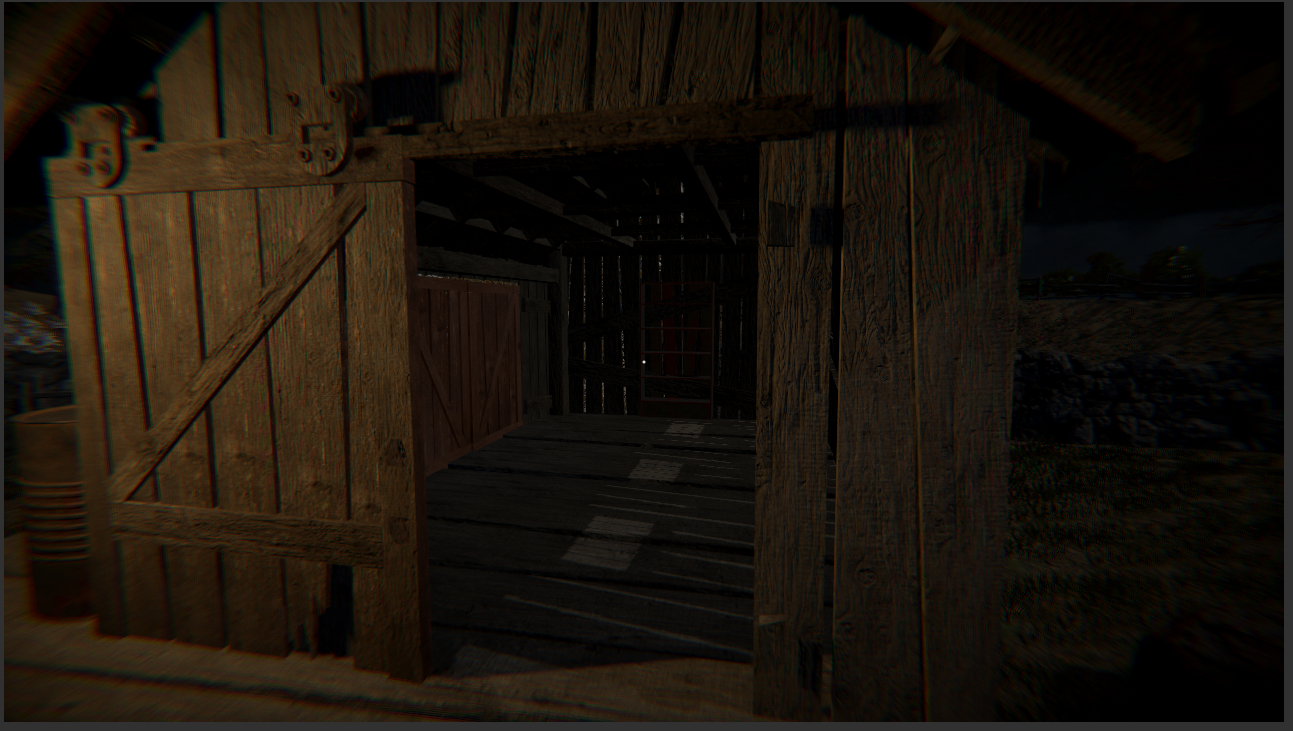 And here is the farm house main hall (location B). 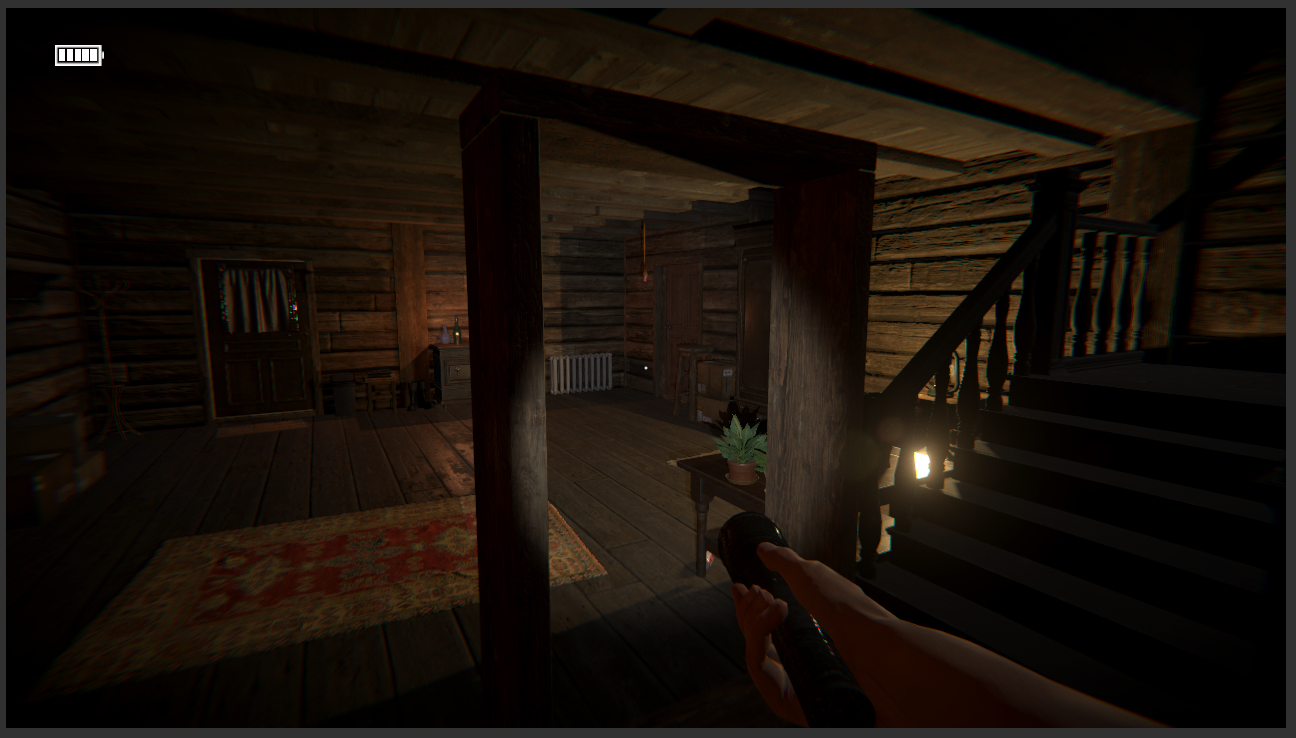 In order to trick the player, we added a 2D plane right before the entrance. To draw what player sees, we render the world from the second camera perspective, then render a depth/stencil mask in the location of the portal (the white rectangle): 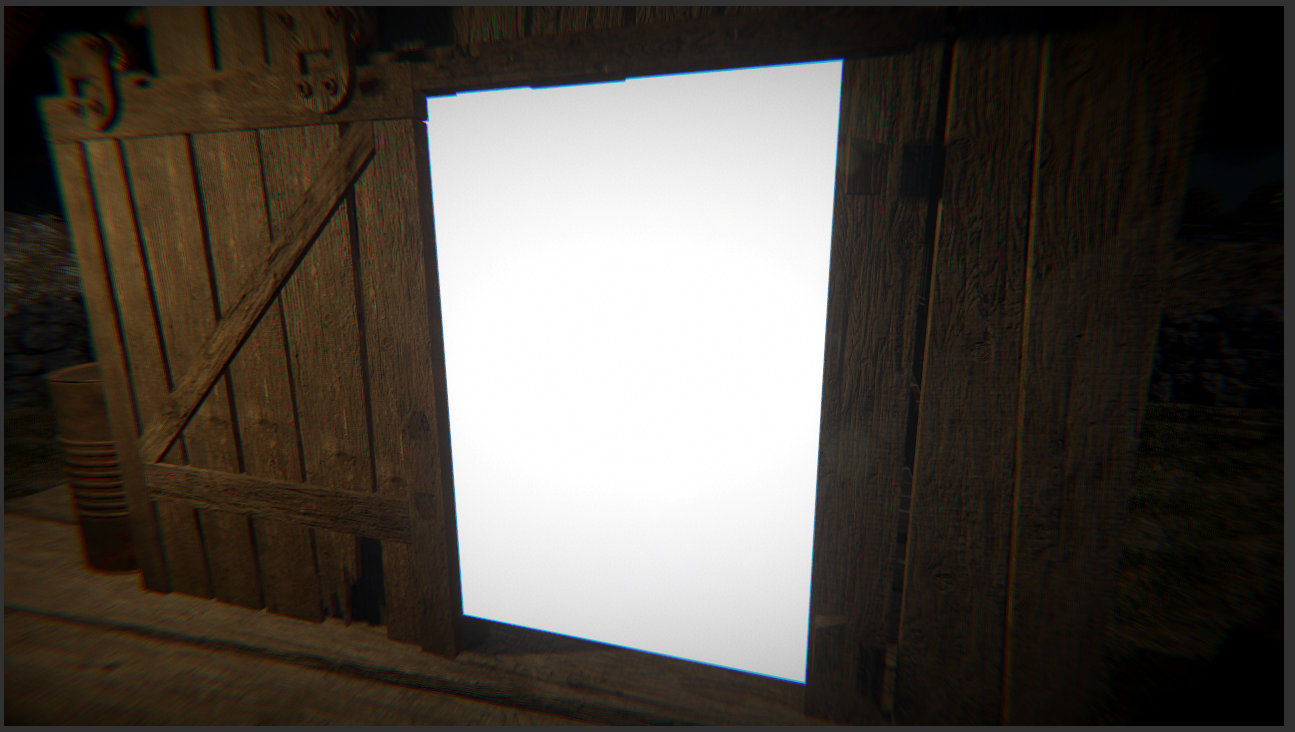 Basically, we take a screenshot of the second camera POV and we draw it on the white plane. Each frame. :)
Besides that, we have a simple script which is used on the camera to control it. When player rotates or moves, we also rotate or move the 2nd camera.

The last part is the player's teleportation. This is simple. When player collides with the white plane, we move him to the second location. You can see that door frame from the previous picture. In the full game, the frame is not rendered but we use it to store the new player's position.

Devlog #2 - Talk about the protagonist... and some screenshots

Jim Morrison is the main protagonist of the game and was born, in 1941, in Boston, USA. He is only playable character in the game, as of Episode 1, of...

Devlog #1 - Talk about the game

Hello and welcome to our first of, what will be a series of, development blogs for our upcoming horror-adventure game. Before we go into details about...