Pilot your spaceship from the landing pad at the bottom of a mine shaft
on a remote planet to the planet's surface. Pick up luminum crystals
along the way that can be traded for upgrades, and if you’re lucky
you’ll collect the parts of some alien artifact that are scattered
throughout the caverns. But watch out for those mining lasers, and keep
an eye on your fuel supply! Cavernaut is a game for your
iOS and Android devices, featuring a randomly generated cave
that’s different each time you play.

For more info about the game, visit my website, www.cavernaut.com

Hi there, Jan here from Einheit B. I am super excited to announce that my first indie game, Cavernaut, is now available on the App Stores around the world! After being in development for more than 3 years, players can now try to make it out of an alien mine with their spaceship if they own an iPhone or an iPad (an Android version will be available soon, too). 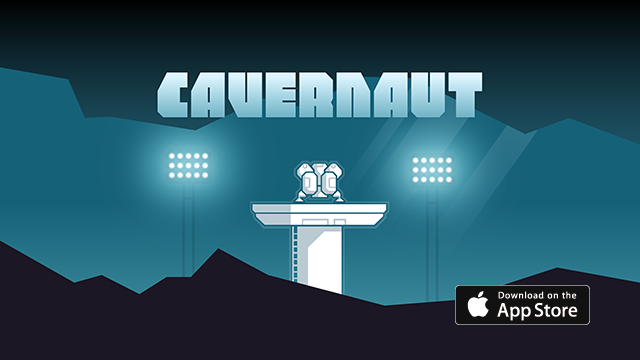 Cavernaut is a cave flyer for smartphones and tablets, independently produced by a single developer: Using tilt & touch controls, you navigate a spaceship through a maze of caves, picking up crystals that can be traded for upgrades, while avoiding hazards like laser beams and mines, and landing at fuel stations before you run out of gas.

Cavernaut will be released September 22

After more than three years in development, Cavernaut is now ready for release. It will hit the App Store on September 22. The Android release will be...

Hi, my name is Jan, and I am the developer of Cavernaut. It is my first professional game, and creating it has been my labour of love for the past 3 years...