Catmouth Island is a point and click :3D adventure game in which you play mostly as you would in the old adventure games but with slight modifications and improvements. :3

The control setup is simple: You point and click where you want the character to go, and the same goes for all kinds of interactions. You see the game from a top-down perspective, but depending on the zoom-level you can move quicker around the island by zooming out to map or slower if you are zooming in close to look for a specific object or just want to read a sign or something! 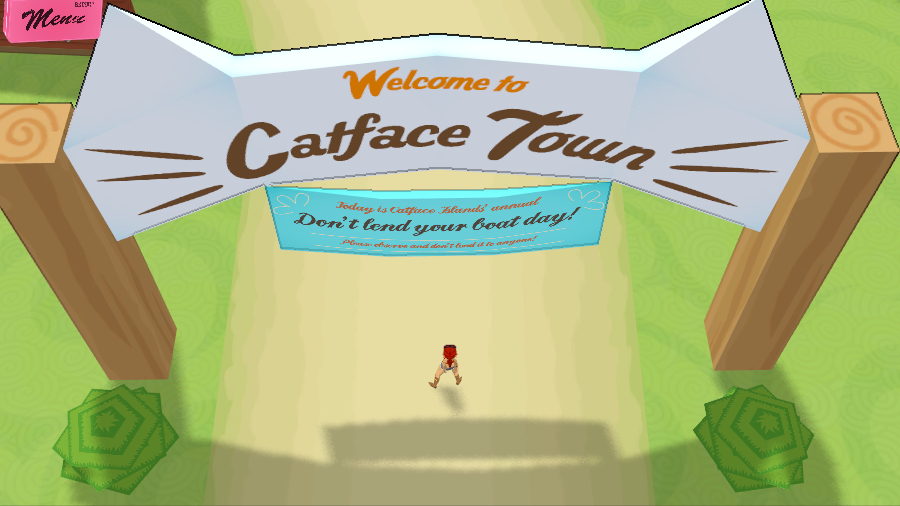 Each important place on the island will have its own music theme, so that you can just listen and recognise where you are without having to actually watch the game! We believe music is a big part of any game, so it is important that it sounds as well as it looks. :3 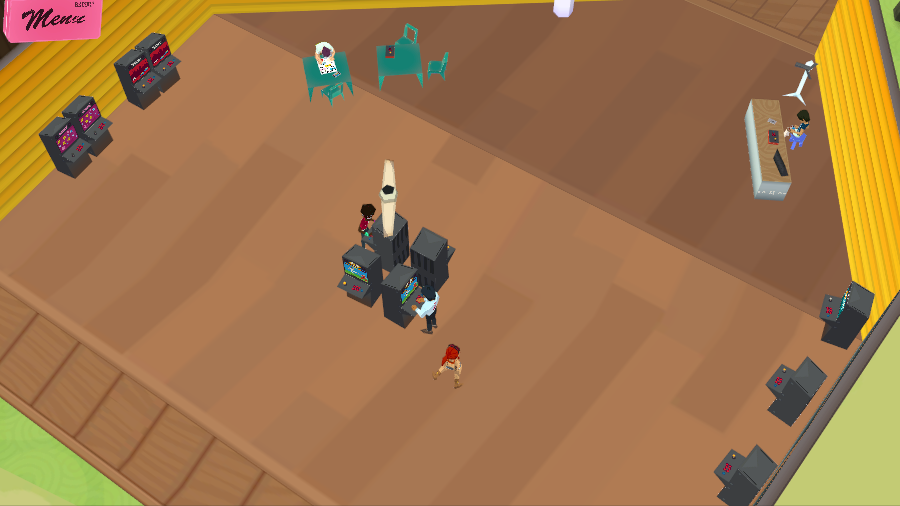 There are over 60 NPCs to talk to, and lots of objects to interact with, meaning there are plenty of things to do, and hopefully this will make your play time a last a little longer should you choose to interact with everything. 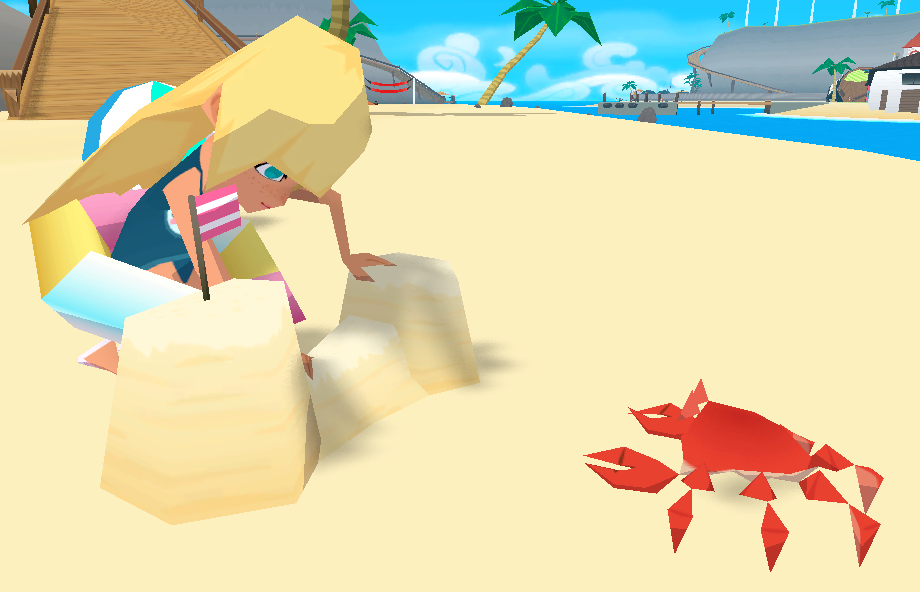 You can probably tell already, but for the art style we have drawn some inspiration from Wind Waker, although lower poly. We want this game to look bright and cartoony, where anything can, and will, happen. :3 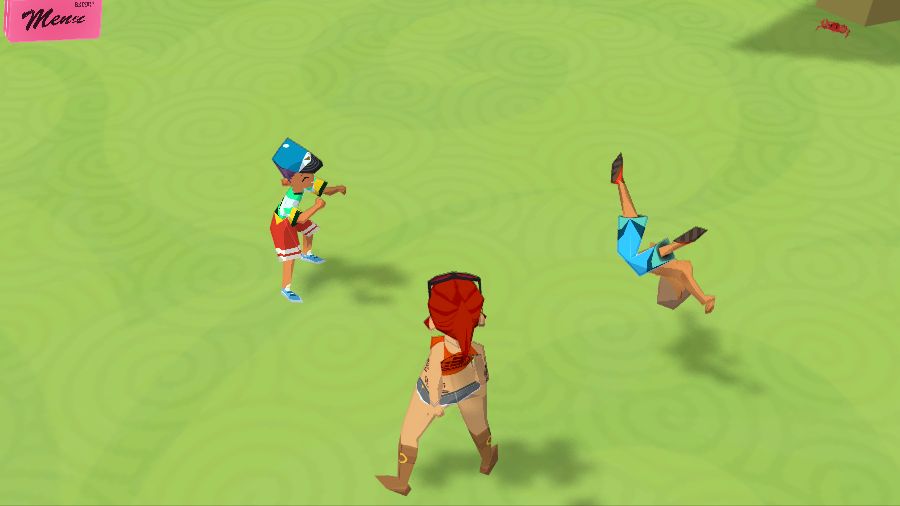 Some people have been asking what kind of puzzles this game will have. As every puzzle will be part of the process to finish an episode, they will need to be completed in certain orders, meaning that you unlock new puzzles as you complete old ones in long chains branching in several directions at once. Some parts, like in older adventure games, will have a bit more of a non-linear approach where you can decide which puzzle to solve first as part of the bigger puzzle. Any puzzle can be a part of a larger puzzle and branch in towards the final goal. Some puzzles are dependent on the time of day. The day and night cycle pass at a decent pace so don't worry if you should miss an opportunity. You will also have a watch you can use to speed up time to get to the point of day you need to be at in order to get access to a certain puzzle! Trippy. 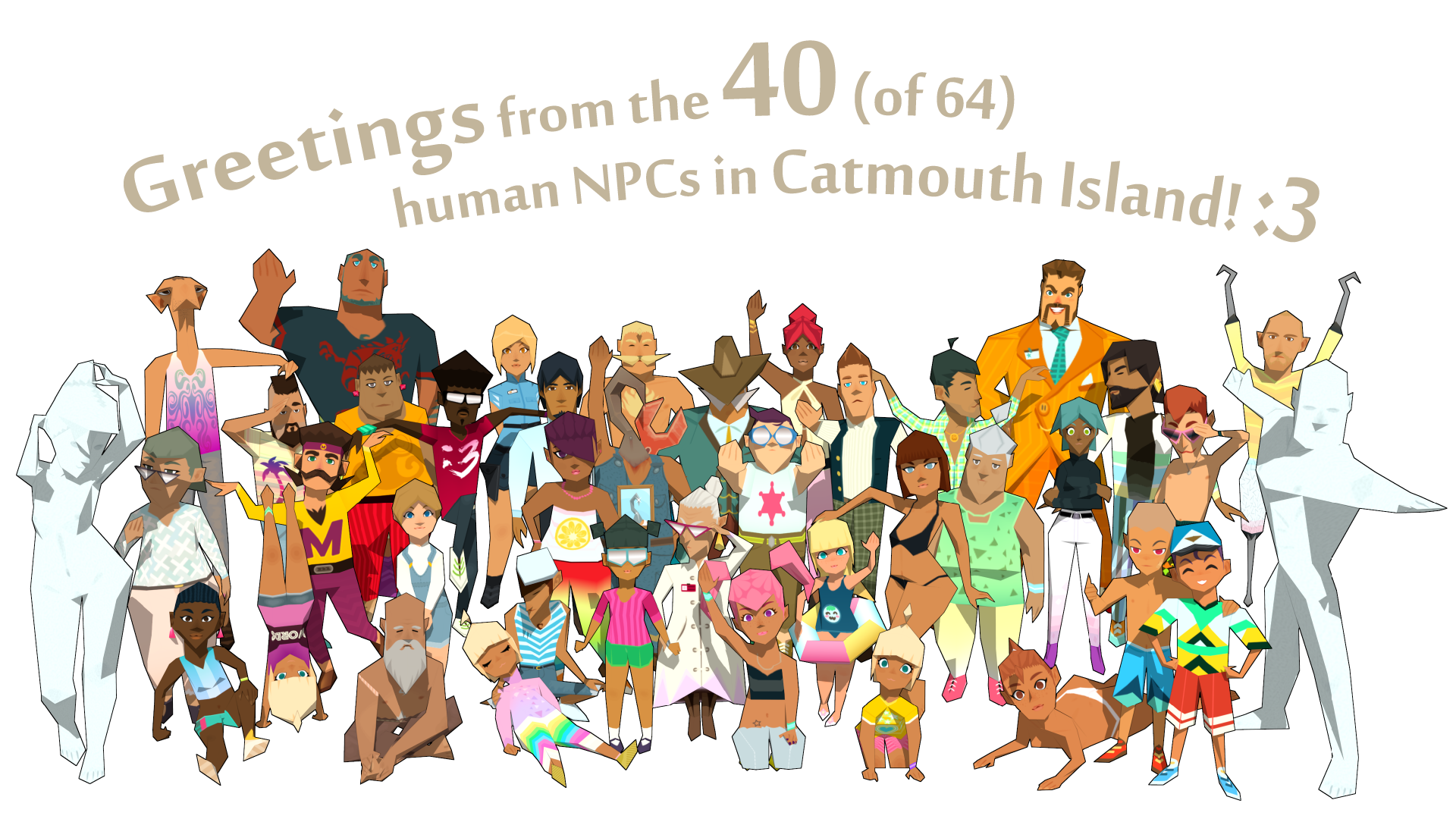 As with all adventure games, interacting with others is the core of what this game is about. They can give you objects, take objects, require objects and so on. You get a large variety of relevant and irrelevant NPCs to interact with, and many of them will help you in your quest. Relevant NPCs gives you dialogues, and handles objects, while irrelevant NPCs give you random musings about the island and a whole lot of other things. :3 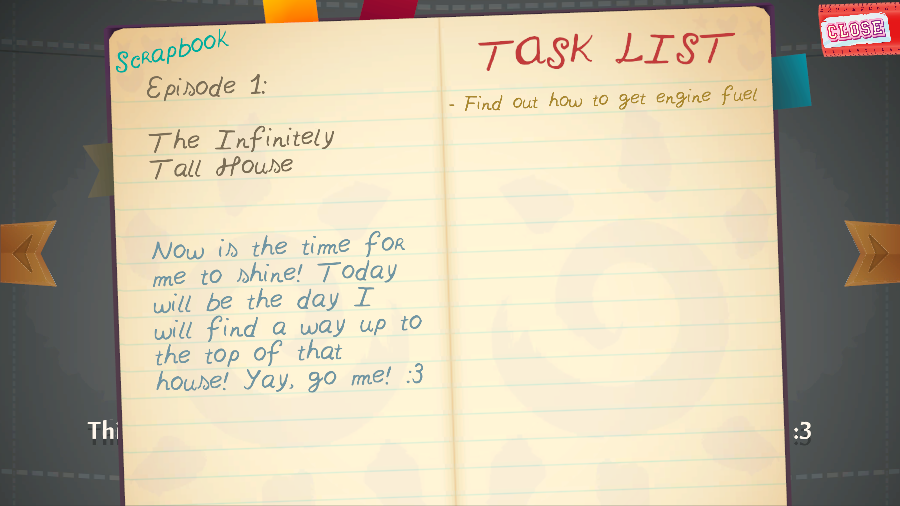 2. Item combination.
Some items require you to combine them with other items to form a new item that can be used to solve a puzzle. Like how you would make bio-diesel by combining flesh with machine. :3c 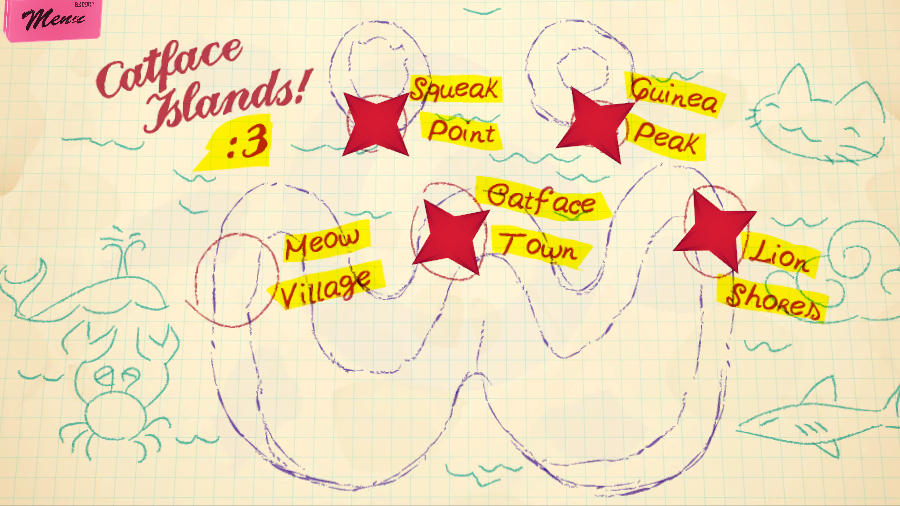 :3. Environmental interaction.
Things around you can be interacted with. Some for fun and some as part of a puzzle. These can be as simple as a lever that needs to be pulled, or as complex as an ancient artefact that you have to do research into by talking to characters and using your brain (given one was provided to you at birth) to understand how to work it out! Some environmental objects may require a specific item for it to function, and others can require a certain character to be present in order to work. 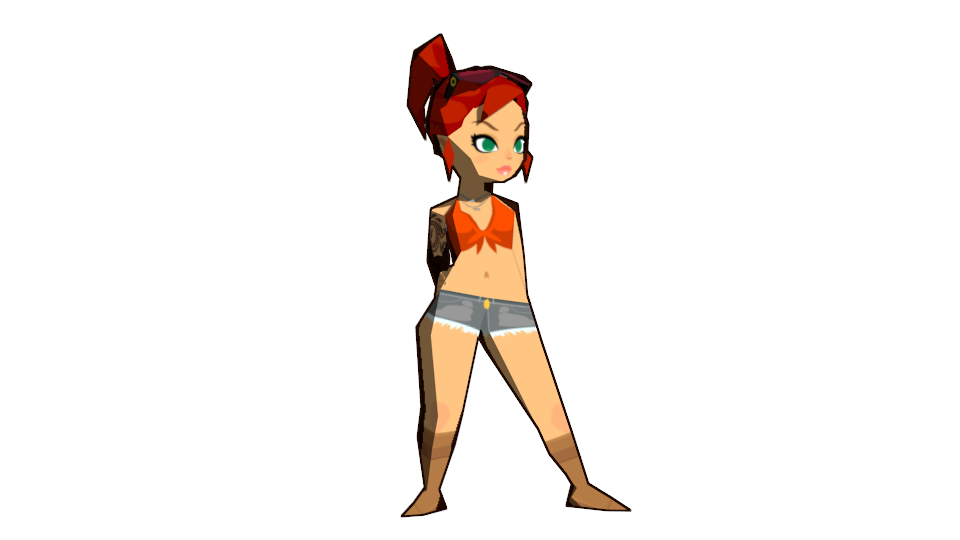 Mya is the protagonist of the game. She is a young woman local to the island, yet not much is revealed about her family, her past, or even how she got her house. She likes to explore, dance and try to bend her head around difficult things like puzzles! Her pockets are magically limitless in size. If an object is relevant towards solving a puzzle, well, then she can pick it up, pocket it, and carry it with her. Nothing is too unfitting for her pockets. :3

We are a small team consisting primarily of two guys who like to work on games. We also have a contractor to help us out with the code, and a QA tester who occasionally helps us out with device testing. :3 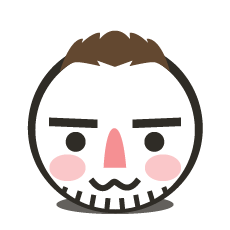 Responsible for what you see. He has worked in the gaming industry for a couple of years, joining Playfish in fall/autumn 2009 and then on to EA shortly after that. He worked on a range of small and big titles for them in a variety of roles. After that he went on to work for Plumbee for a year as a senior artist. He enjoys a combination of Blender and Unity for making games :3 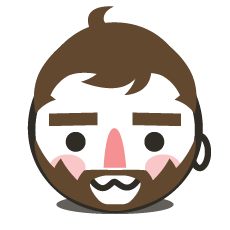 The guy responsible for what you hear. He is a fresh, young talent newly graduated from Goldsmiths College, University of London with a bachelor in music. He has taken the time to work extensively on this project and focuses strongly on melody. He works quickly, effectively and passionately to create a wonderful thematic unity in the soundtrack. :3 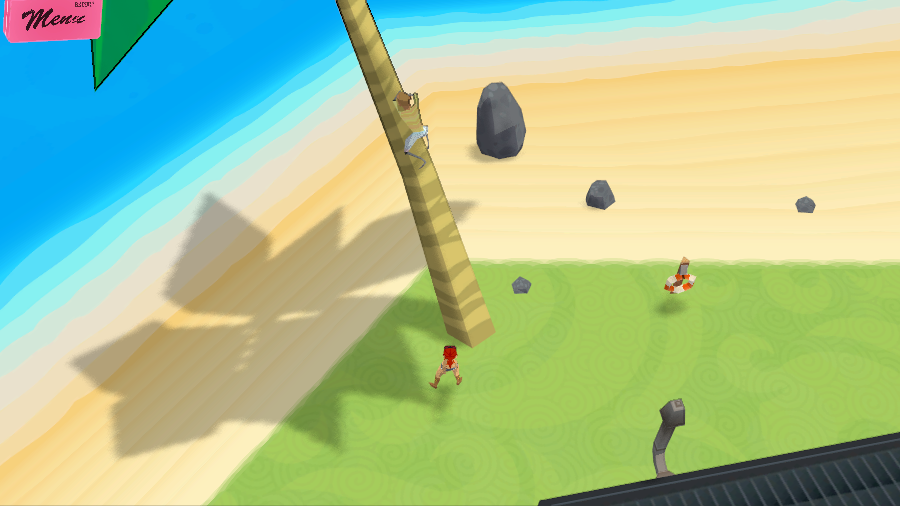 On contract right now to help us out finishing the game! He's given this game a lot of juice in his time, and is (mostly) responsible for how the gameplay is and how the game behaves. He's the one up in the palm tree by the way.

Catmouth Island is here for Steam! :3

After a long and difficult process the game is now finally available on Steam through the store! :3


The Steam version is slightly different from the other versions in which it has a few more objects in it, a new quasi-NPC and a new puzzle mechanic. Check the above trailer for a quick view of the new quasi-NPC! This update will gradually roll out to the other platforms as well.

One of the best things about this game is that through the Steam trading cards you will get this:

The game has been tested and approved on Windows and Linux, but Mac is coming later due to some unforeseen circumstances.

I hope you will enjoy the game, and please let me know if there is anything. :3

Catmouth Island is now on Desura! :3

You can now get the game on Desura by using the widget. :3

The game is finished, but we still need a bit of your help. Here's also a gameplay video of the final version of the game. :3

A 6 minute gameplay video is here! :3

Watch the first 6 minutes of gameplay from the first episode here!

My process of creating a low-poly model :3

In this timelapse that lasts less than an hour you can see how I create a character for Catmouth Island from scratch until I rig it, UV-unwrap it and...

Why hasn't anyone come up with this idea before? The game is pure laidback nostalgia only with a lot of 'mod cons' added, technically. Reckon this will hit big time with old-timers, and with the ever hungry community in Japan! :3

Japan is already the 2nd biggest market for this game so you were right about that. :3c

Sorry for the delays but we're a small team, this became a bigger game than planned, and we have to make everything right before the release. So thank you for your understanding. :'3