Join Cardbot as he ventures on his quest to recover the 10 Sacred Gem Shards!

Humanity as we know it is gone. Corruption spreads. The 10 Sacred Gem Shards hold a vast amount of power, which in turn can be used to stop the Corruption. It's now up to Cardbot to retrieve them to terminate the Corruption and restore Earth to what it once was.

Explore vast lands while taking out monsters, collecting items, and traversing through the area! Perform powerful combos on your foes. Collect over 150 items and equipment so that you can become stronger!

The new update is available here!

In this update, I reworked the tutorial level. That means there is now a proper tutorial to help players learn how to play the game. There are also new reworks in the code in order to implement later features such as enemies and items.

I added a new look for the tutorial level, it is inspired by Japanese zen gardens. 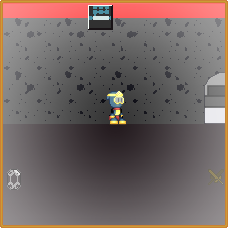 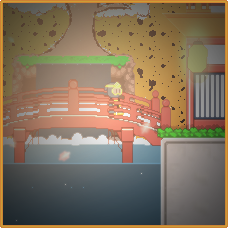 The Shrine of Memories

With this tutorial, I also implemented a new and revamped dialogue system. This one is able to perform cutscene functions such as screen shaking, camera scrolling, and character movements. 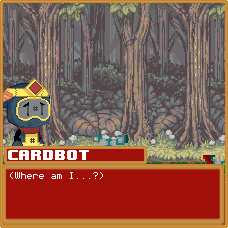 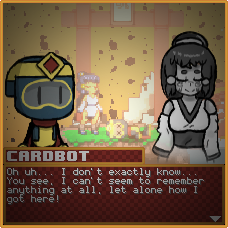 In the tutorial, you'll need to learn the basic mechanics of the game. I don't want the tutorial to hold the player's hands. Instead of giving thorough instructions, it provides key button inputs for actions such as: attacking, blocking, and jumping. 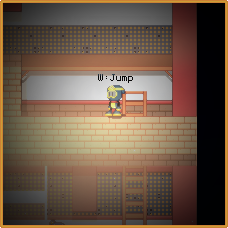 The interactable objects are buttons, levers, pressure plates, and ones that can be picked up and thrown. 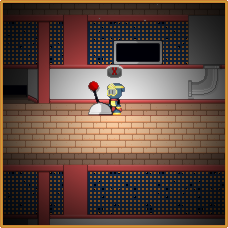 -Added improvements to Battle Mode for Player One and Two

-Added hitstun and hitlag to enemies

That's right folks, Cardbot is back in action. Check and see what we have planned!

The new, massive update to Cardbot! Many new features have been added so check it out!

Cardbot has been updated to 4.5b. Be sure to check it out!

This newest version of Cardbot includes the first dimension to explore. There is a large map for exploration as a taste for what's to come!

This version includes some major bug fixes and a new install file.

The newest beta for Cardbot is here! Check the description for some changelogs.

The newest version of Cardbot is here! This update includes a new tutorial level.

The newest version of Cardbot is here! This version includes many new menus and features!

Cardbot Open Beta 5 is here! This update focuses on a new menu for Battle Mode, which allows you to adjust the settings.

Get this game out by the next decade. By 2020, I'm going to look back at the past 2 decades. This game looks like something I would've played in the 2000's.

You are fired! Platformer