Capitalist Manager is a game where economy, science, RPG and simulation gets mixed together. You start at 18 years old, and must build up your financial empire. The game is currently very early in development, and thus far from being fully functional. This does however mean that the users have a chance to impact the direction of the game, by providing feedback and coming up with new ideas.

Thanks for voting and helping Capitalist Manager on it's quest to become the 2022 Indie of the Year. You are now in with a chance to score some free games. Help this game secure more votes by embedding the widget (or link) we have included below on your favorite sites.

We are proud to announce that the next alpha version of Capitalist Manager now is available. The update brings new important updates to the game, in the form of core gameplay features.

The alpha version is available to download for free under the 'files' tab. 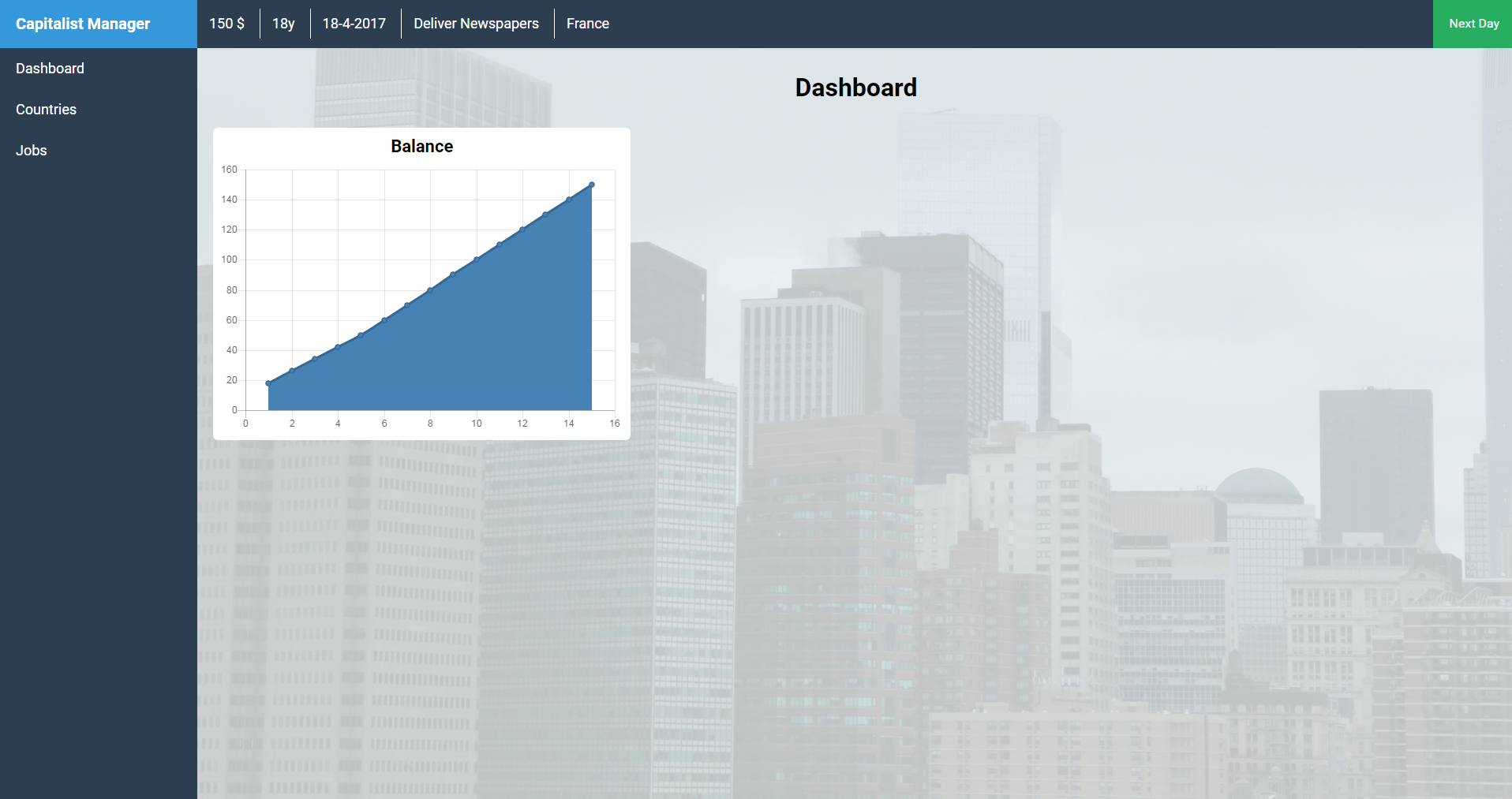 You are now able to take work in the game. You select one each day, and get paid the following day. Currently there are only 2 jobs available, but many more will come in the following updates. 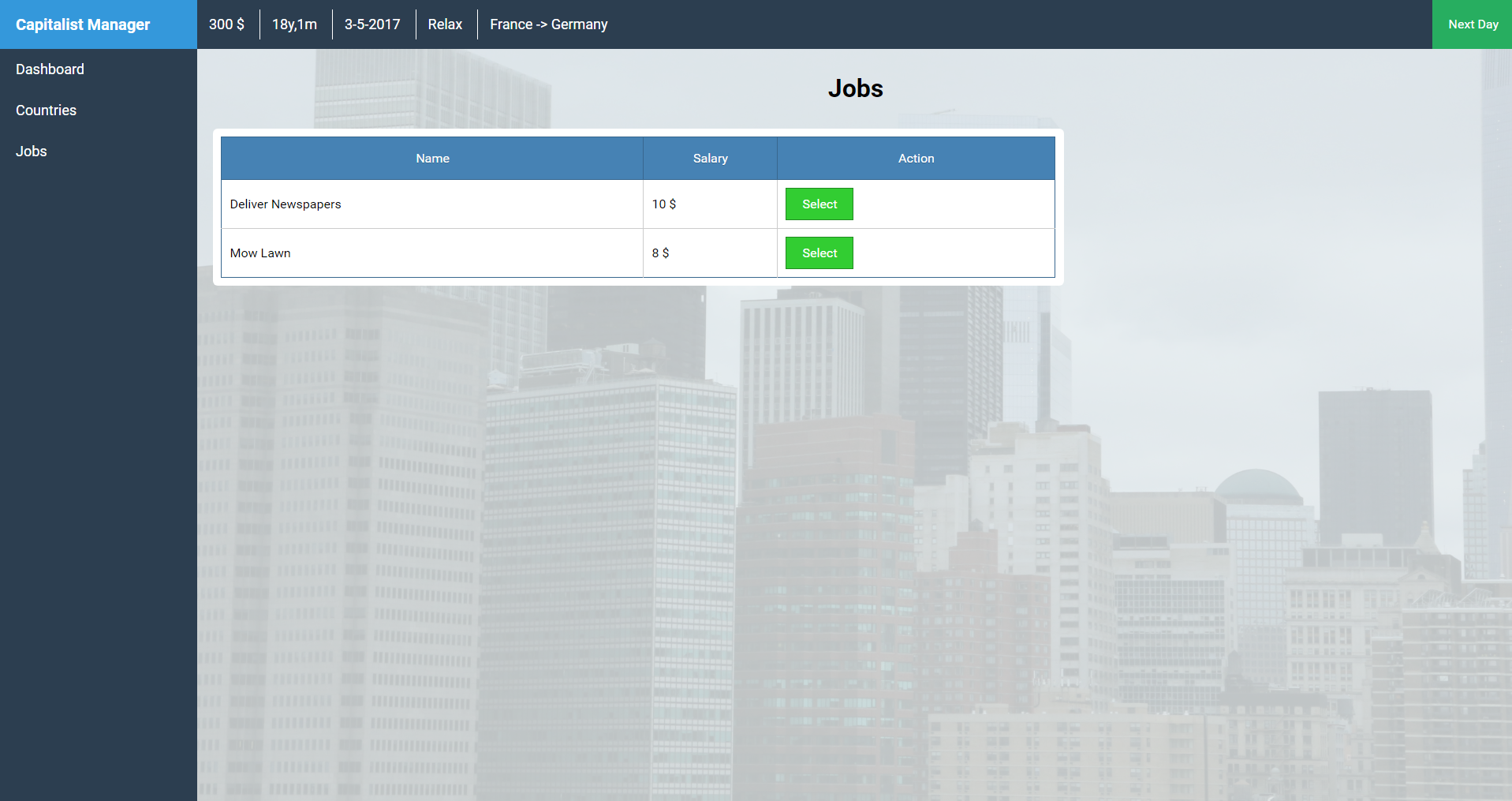 Alpha version 0.0.1 featured a 'Countries' page, but it was not yet functional. In this version we have finished the page, enabling players to travel between countries. Each trip takes a day to complete, and the topbar will show your current country and destination.

In addition to travel functionality we have also added some new countries to the game. Now players can also visit France and Spain. 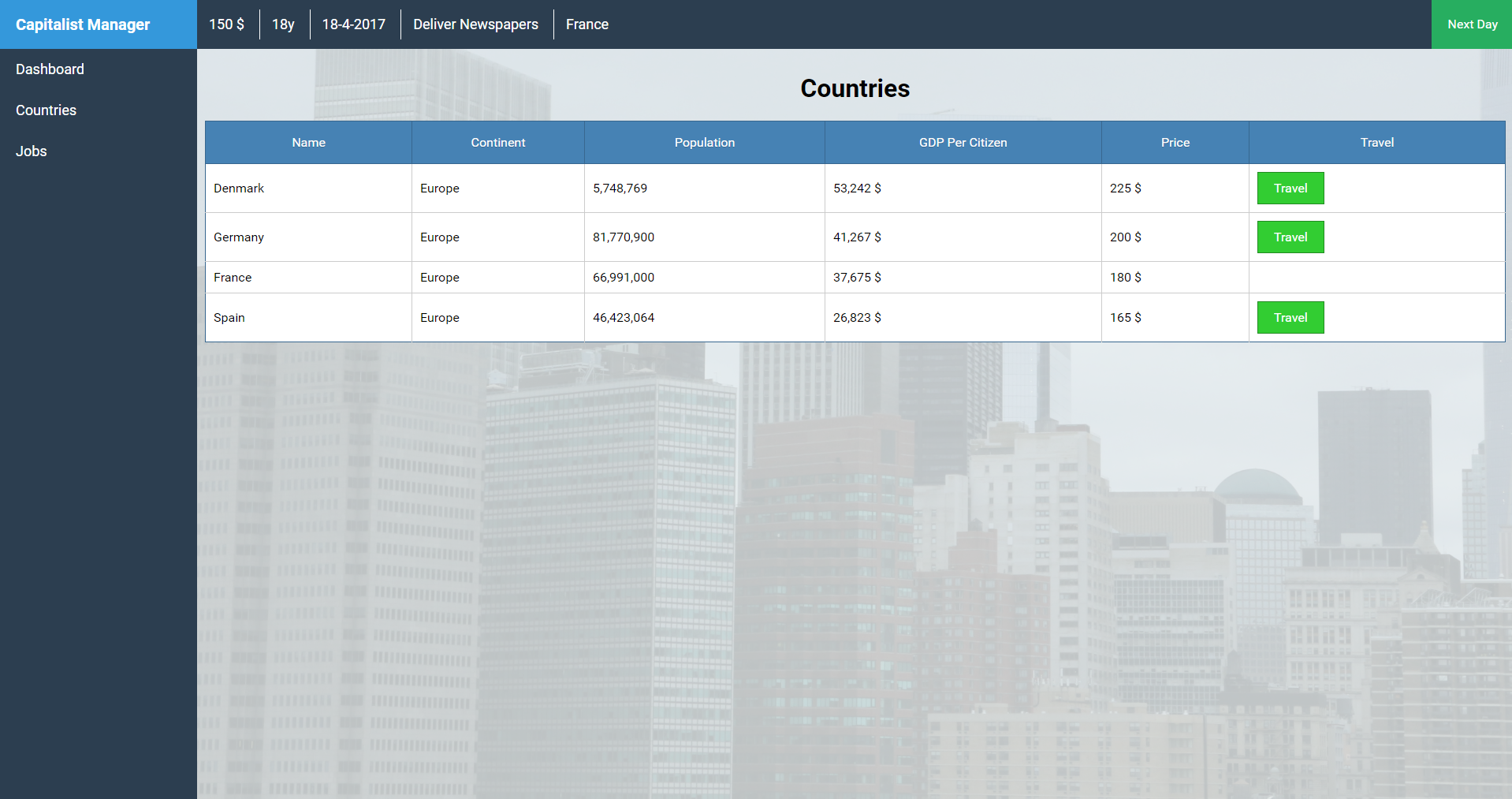 The very first version of Capitalist Manager is here.

The second alpha version of the game. This version adds jobs and travel.

The first version of Capitalist Manager. This Alpha version shows off the UI of the upcoming game.