"Those are some grade-A ingredients for a batch of chaos-and-yelling soup." – Nathan Grayson, Kotaku

One player drives WHILE the other builds the racing track

Can't Drive This is a local/online Co-op Racing Platformer (whatever you want to call it). One player drives WHILE the other builds the racing track. Spoiler alert: The car explodes if you go too slow!

It offers dozens of obstacles, customization features and stunt controls for the best, funny, chaotic, most individual, entertaining gaming experiance. You'll scream and shout a lot, that's a promise :)

Choose between game modes like Yardage, a fixed size arena in which you have to construct the racing track, or Tilemania, where the goal is to go straight ahead as far as you can make it.

Originally created in just 72 hours during Ludum Dare 35, the game got greenlit within a week. It is avaibable as an early access version on Steam and we're constantly adding new features and fixes. 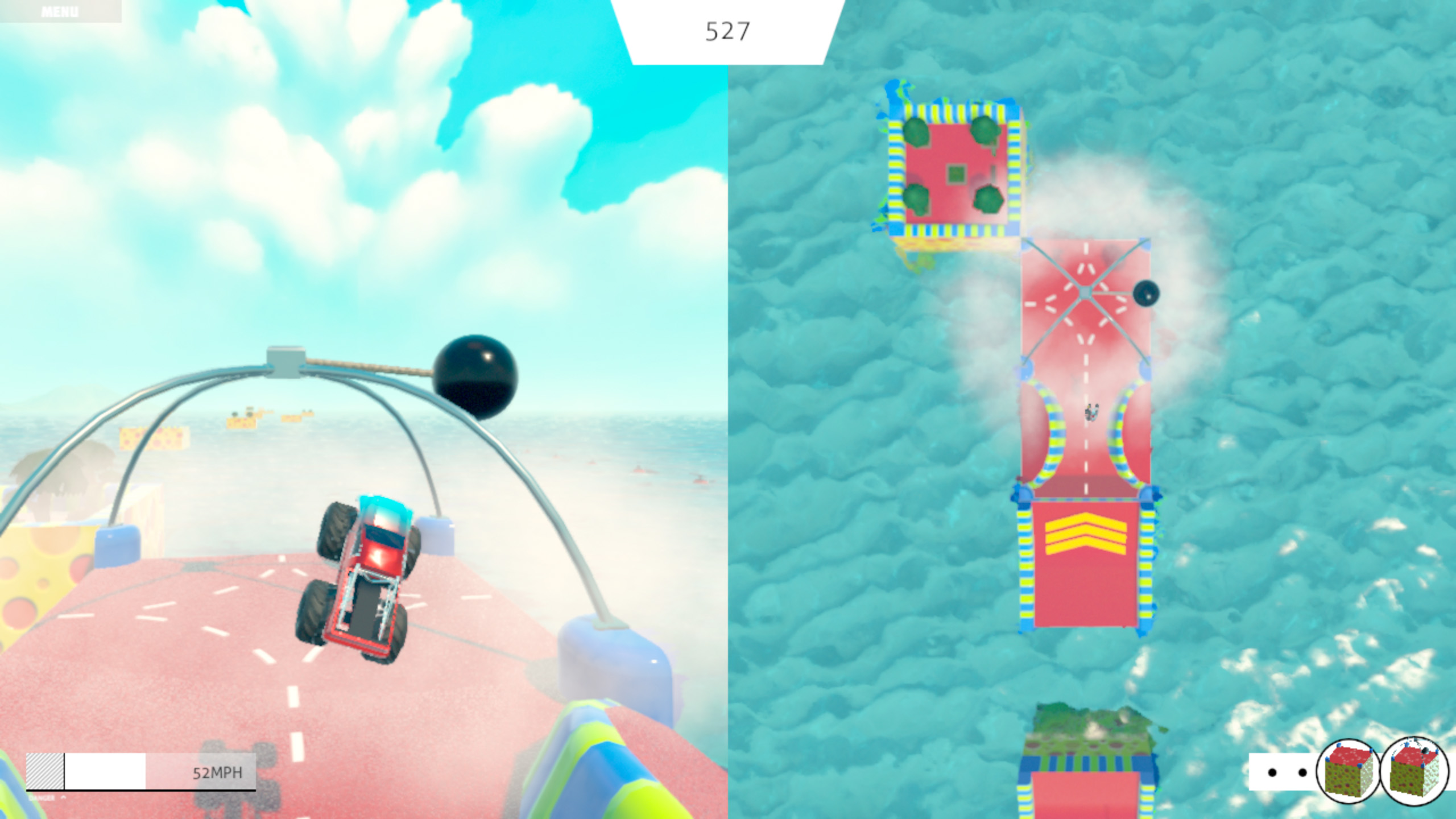 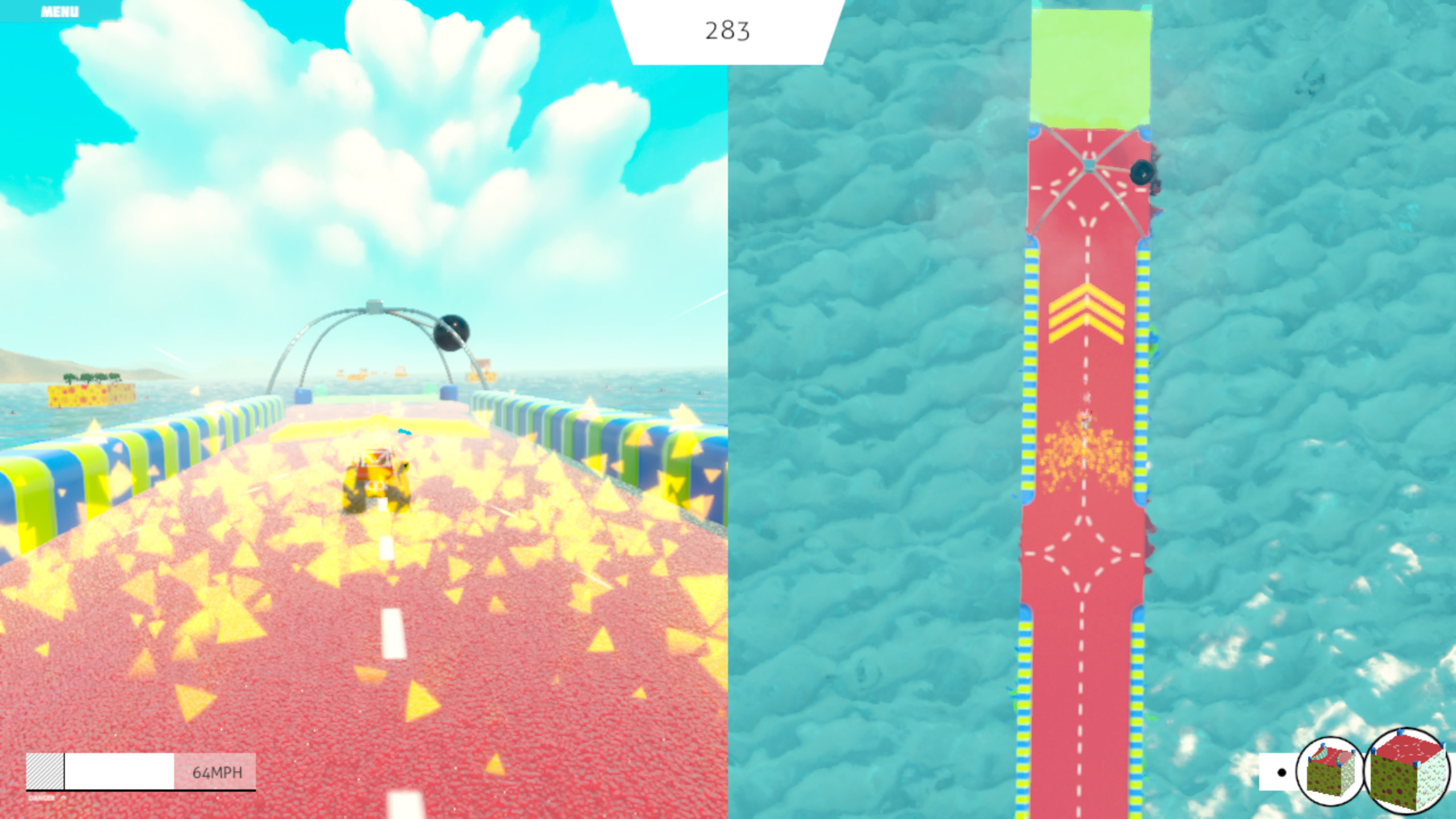 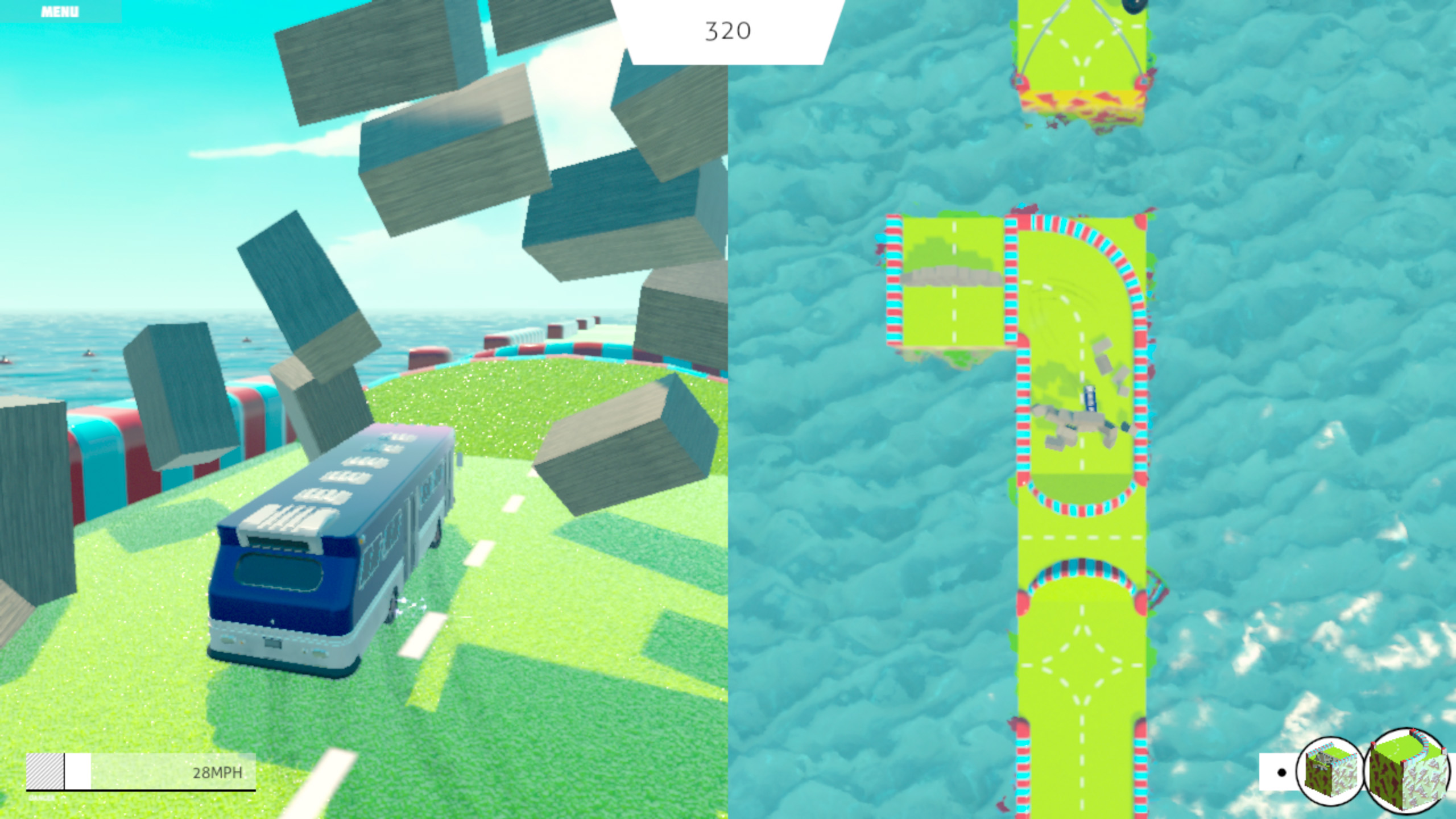 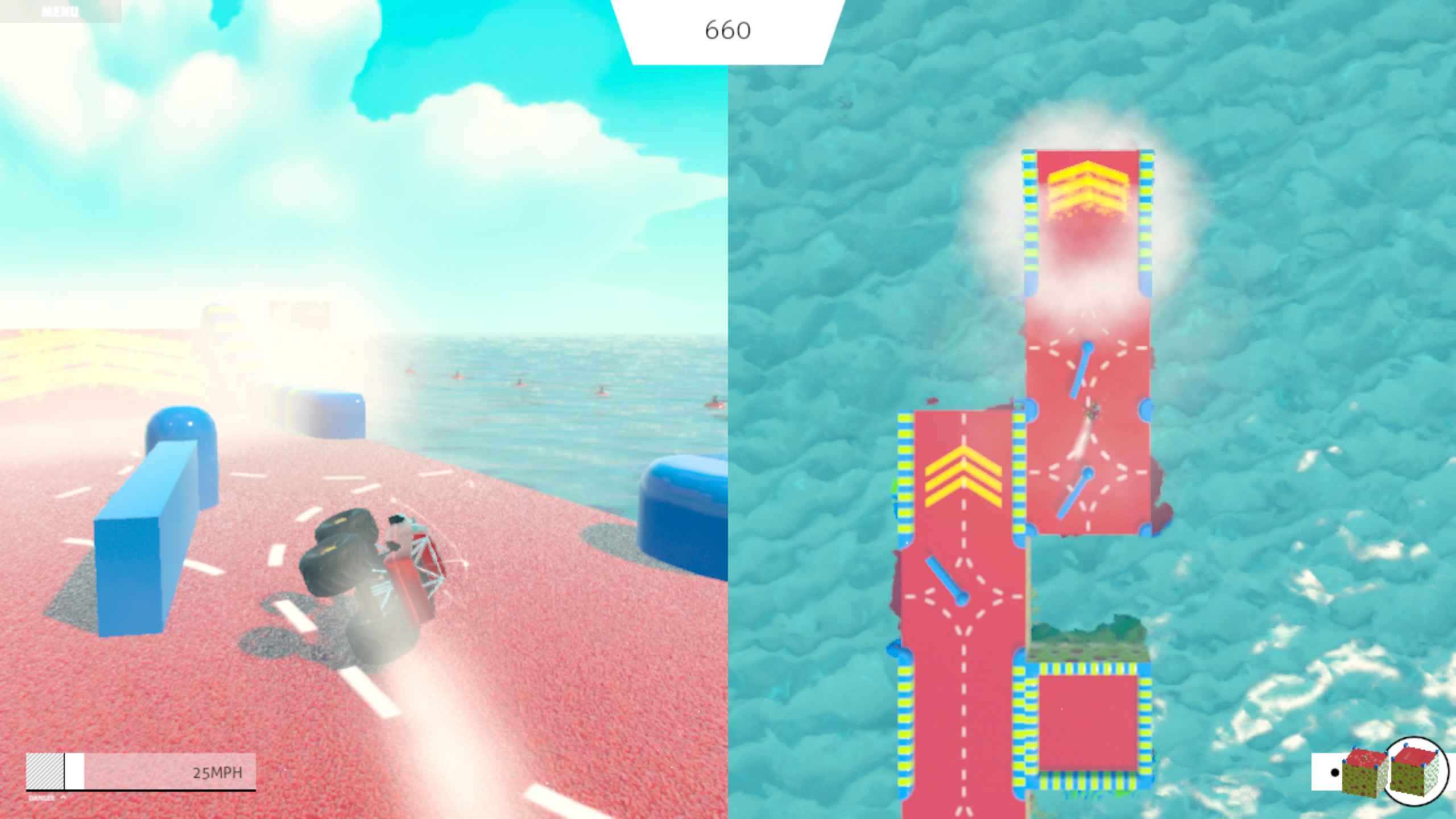 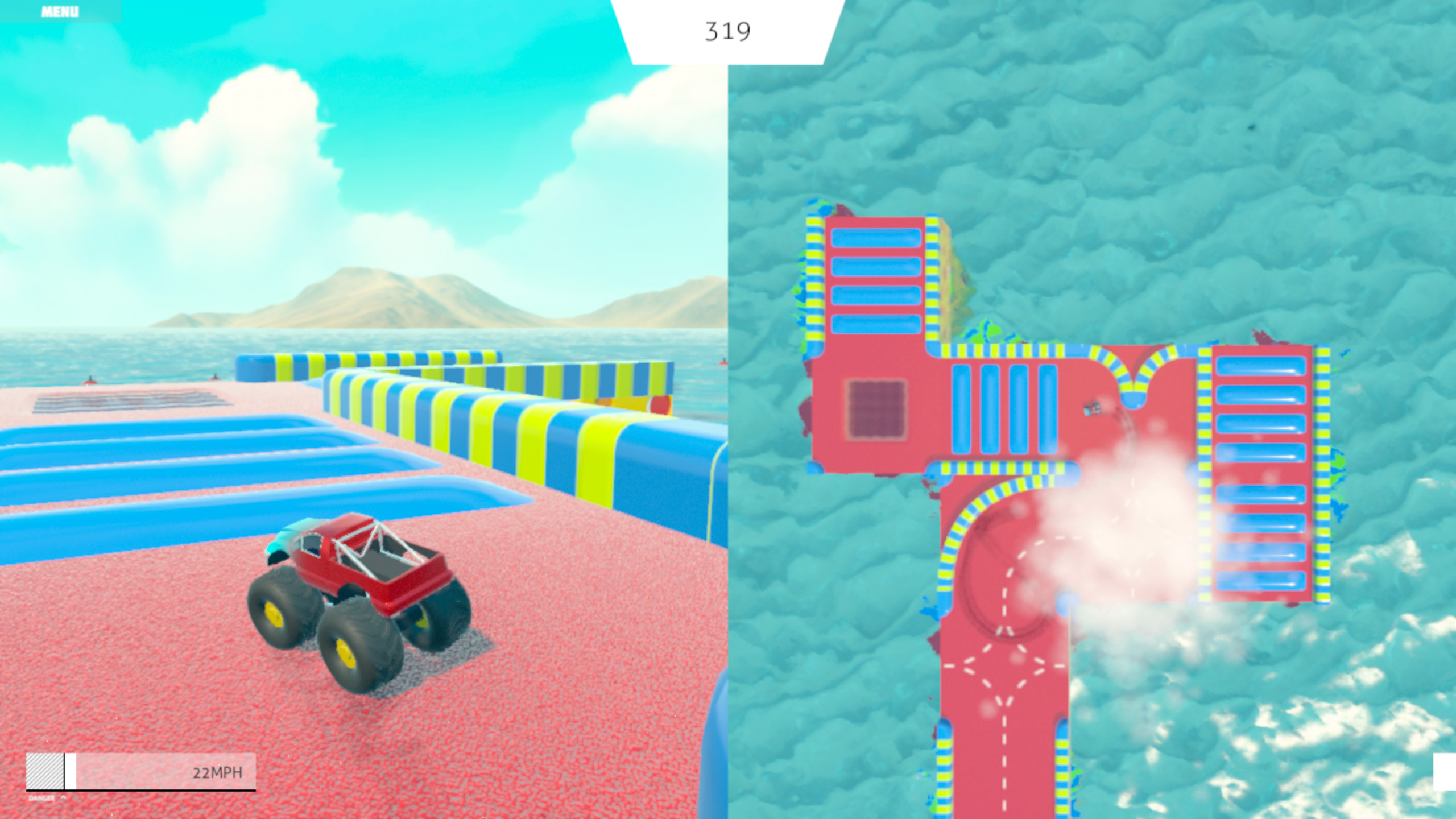 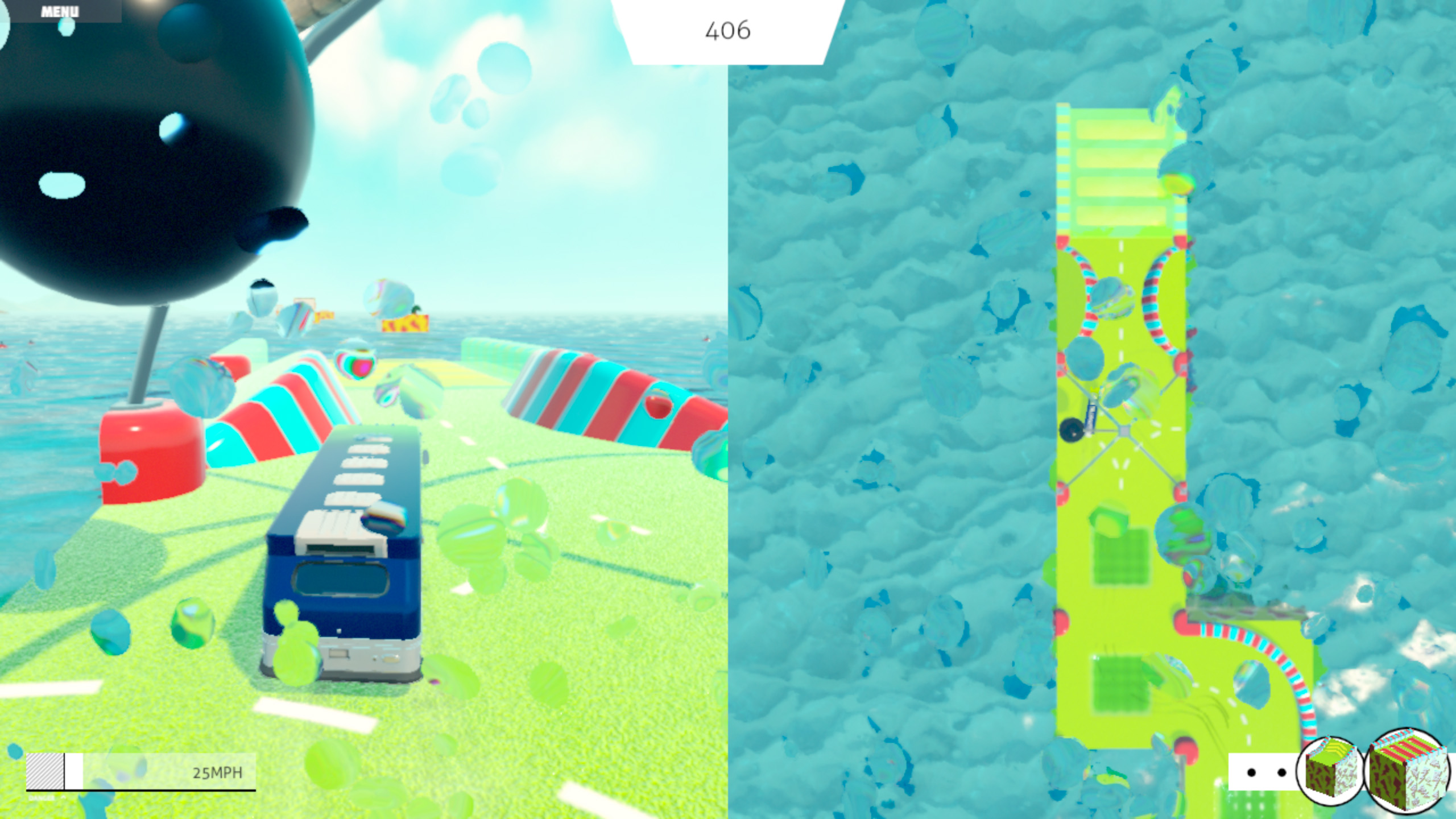 Thanks for voting and helping Can't Drive This on it's quest to become the 2021 Indie of the Year. You are now in with a chance to score some free games. Help this game secure more votes by embedding the widget (or link) we have included below on your favorite sites.

We're Giving Away 100% of Our Steam Revenue in Oct 16 to The Adoption of Penguins!

1) Buy our Game "Can't Drive This" on a Linux Machine

(get it at Store.steampowered.com)

2) 100% of the Revenue we receive from sales for Can't Drive This for Linux in October, will be invested into adopting penguins in South Africa from here: Sanccob.co.za – Saving 1 Penguin costs about 6.4 sales.

3) The adopted penguins will be named after the top users on the leaderboard "Penguin".

This video shows what you have to do to get a penguin named after you:

So Jake saw this game and immediately suggested we play it together. It looked pretty good and I loved the concept - one person builds the track while the other person drives at the same time!

It IS pretty fun, at least for a short while but it seems a bit buggy, although it might've been because of the higher ping me and Jake share. I'm not too sure why there are penguins on the title screen either!

The game is obviously still in development but I'm excited to play it when it's finished.. it seems very, very promising!

Twitter
Tags
Embed Buttons
Link to Can't Drive This by selecting a button and using the embed code provided more...