What started out as a joke among friends has now been made into a game. Buddhism: The Videogame follows the path of a Buddhist monk who wants to achieve Nirvana by following the Four Noble Truths and intense meditation.

The Update That Changes Everything

No, your enlightened eyes do not decieve you. We have finally pushed out an update. It's been a long few months of developement but I believe that we have a product that might actually be worth playing. The game is far from complete and we still plan on adding a whole lot more content but I believe that this is the update that has pushed this from being an excuse into being a game. Either way, we hope you enjoy and leave any feedback necessary. Here are some screens: 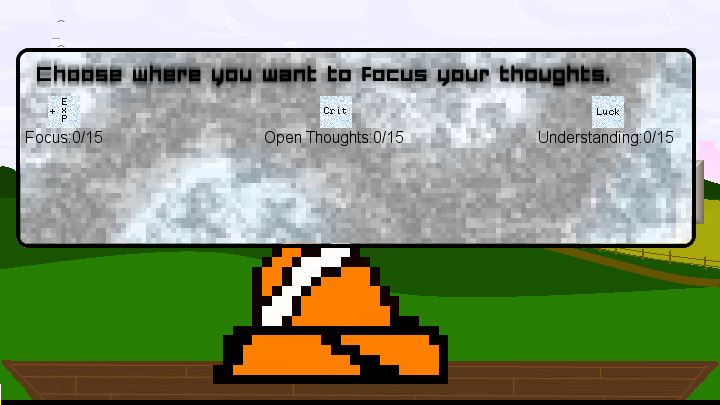 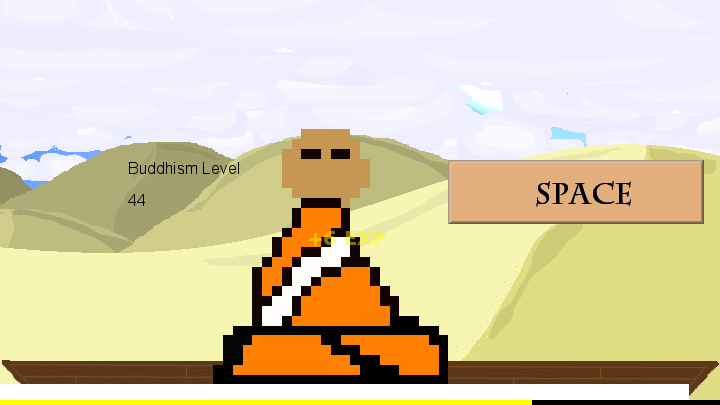 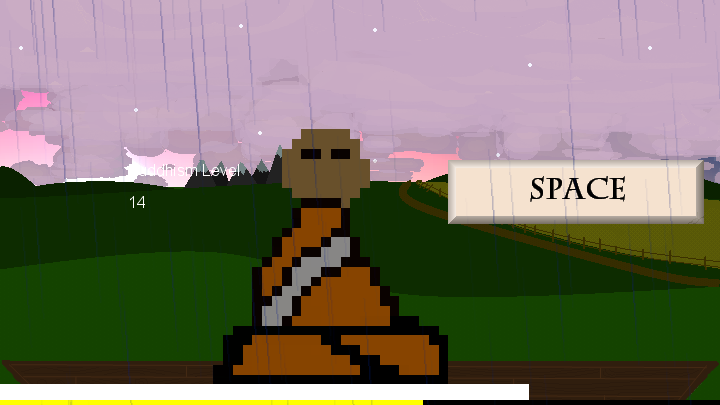 Changelog:-Actual Progression-More backgrounds that tell more of a journey-Some slightly better art, mostly just placeholder until we can find a proper artist-New Music-New gameplay where you press the spacebar rather than murdering your hands with the old system.-Multitude of bug and graphical fixes.

We need Artists and Art Assets

Today we discuss the need for art and some small updates that we have added to Buddhism: The Videogame.

Today we cover the systems of gameplay such as the failure state. We also go over the new leveling, progression, and some changes to the lighting.

Today, we go over some screenshots of some of the features that we wanted to implement in Buddhism: The Videogame.

Better Graphics, More content, and even greater music. We are working hard to actually make something semi-artistic out of this former joke.

The full new and improved version of Buddhism: The Videogame. New Features, new sprites and music, and an all together new feel to it.

So when's the part where you get the dragon horse and team up with the monkey king going to happen?

We're thinking that would make an epic twist for the second act.

Tags
Embed Buttons
Link to Buddhism: The Videogame by selecting a button and using the embed code provided more...