Dual-stick shooter with auto-combining weapons. TripleShot + DrillShot = Triple Drills. Add BombShot and IceShot to that: Triple Exploding Freezing Drills. On top of the hundreds of weapon-combos, Breakers Yard also has procedurally generated levels, built-in global leaderboards and a ton of robots to crush. Xbox360 gamepad supported, but not mandatory!

The FlameShot in Breakers Yard got an overhaul. Now it sets persistent fires wherever you shoot it, an all is right with the world.

Last week, Breakers Yard added a new weapon: The FlameShot. After some testing with real players, it became apparent that it was not obvious at all what exactly the FlameShot did. Does it make sense that all your projectiles are on fire and are thus 50% larger? Kinda. Going back to the design that was originally planned, the FlameShot now does what is right and proper: Set fires. Everywhere.

Why wasn't FlameShot built this way initially? To remain internally consistent, the fires that get started have to hurt the player (since this is what explosions do), and this is not a popular feature. But in the context of Breakers Yard as a roguelike, it makes sense: The player must always be on the lookout for danger, even if it is themselves. 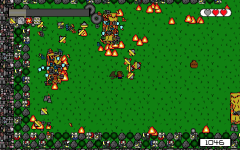 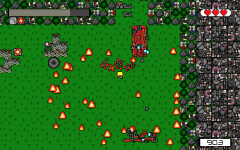 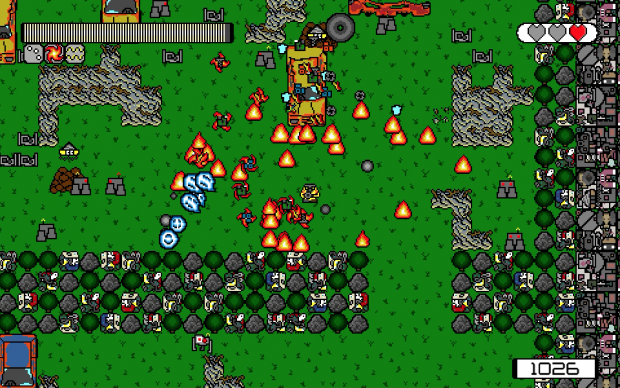