The village of Boonkle was a peaceful, quiet, and remarkably crime-free place, until one fateful Tuesday when florist and ex-detective Julia Lawson abruptly died under mysterious circumstances. Bummer.

Now, as a ghost, her naturally curious character compels her to figure out how she died. Besides, if she doesn’t, she won’t be able to move on to the afterlife.

Together with her sister Emmie, the two Lawson sisters must work together to solve the mystery from both sides of life and learn to let each other go along the way.

Since Julia is now a ghost (or maybe I should say BOO-lia) she has a number of ghostly powers, such as:

Levitate objects in the air around her
Possess living beings and control their bodies and speech
Dash through thin fences and gates
Using these powers, you play as Boolia as she explores, interrogates and investigates around Boonkle! 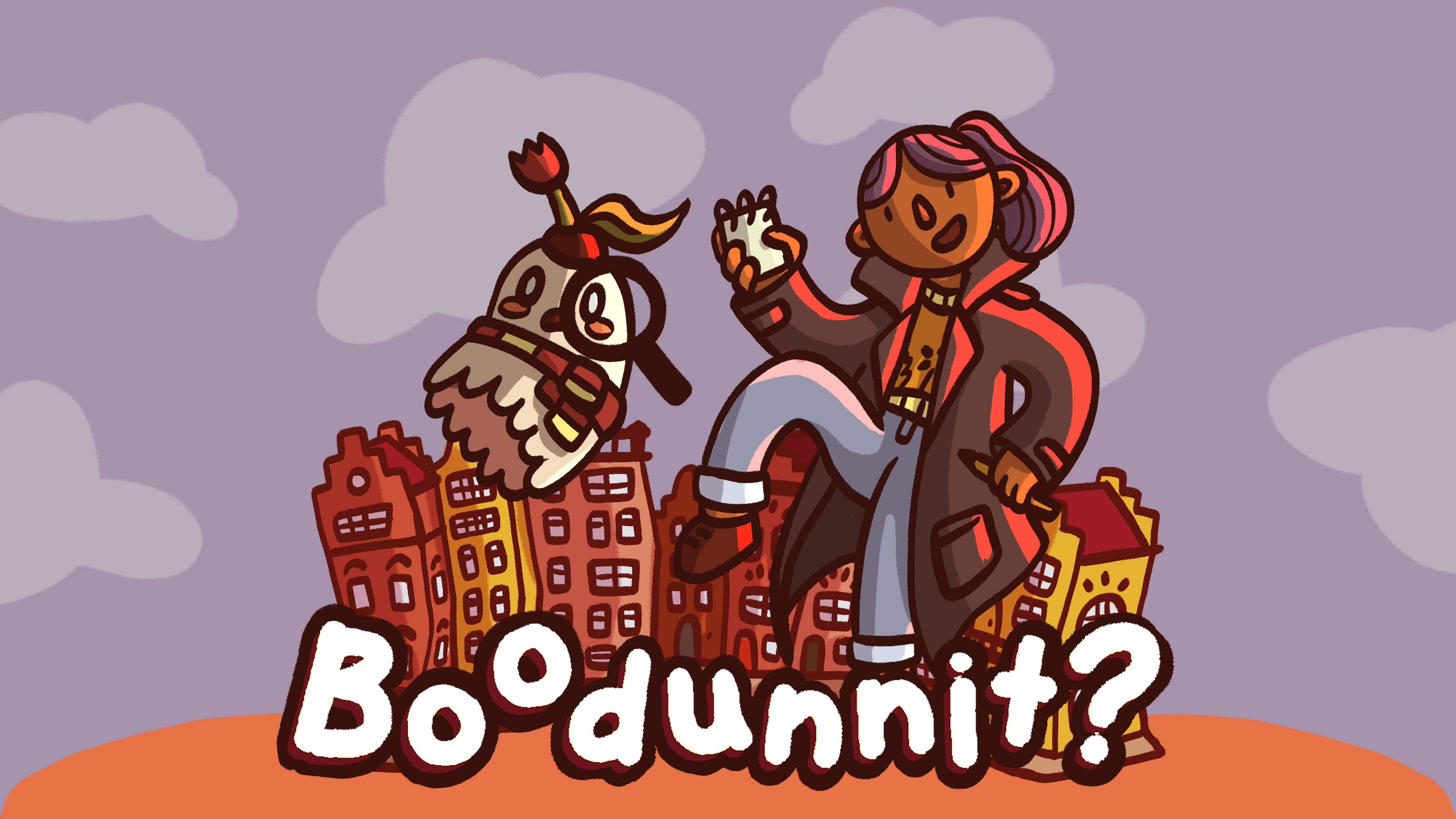