For gamers, AnimalAlbum is a semi co-op role playing adventure game about animals. You can think of it as a Pokemon game with real animals but without the fighting. That's not all though. The game has influences of mario world regarding map design and it's bitesized levels, of shadowrun regarding conversation and keyword based dialog options, of megaman regarding progression and choice, of mana regarding co-op dynamics.. And of course it has a special way of dealing with random encounters. For non gamers, AnimalAlbum is a videogame where you explore a world and discover and learn about a large variety of animals along the way. It takes a very laid back approach to the adventure and obstacles are generally overcome by exploring, talking and gaining insight into connections between people. The game also allows for a helper player to jump in or out at any time and play along with the main player. AnimalAlbum loosely talks about the themes of nature and technology.

Playable Demo for AnimalAlbum is out!

I've released the playable demo for AnimalAlbum! It's an early web-based version with a number of rough edges but I think it does show what the game is about. With a little imagination you can probably form an impression of what the real game will be like.

Please give it a try here, any feedback is always welcome of course. 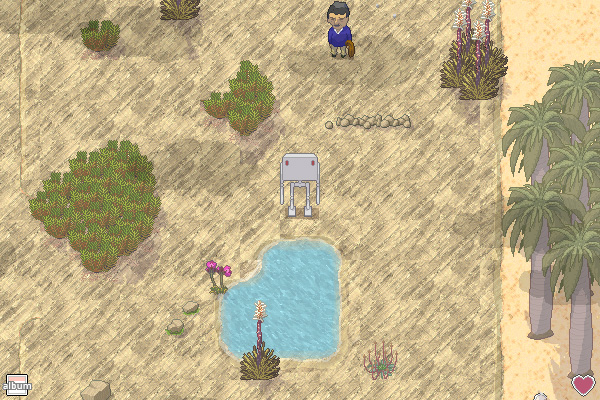 Also, the kickstarter campaign is up and running! There's a video that shows a bit more of the game in motion. Still, video is not as good as the demo but it'll do. I also talk a bit about the motivation, what the idea behind it is and such. Please go take a look and spread the word if you like it.
Kickstarter.com

There's also some fresh new concept art, one of the best ways to show what the game is about: 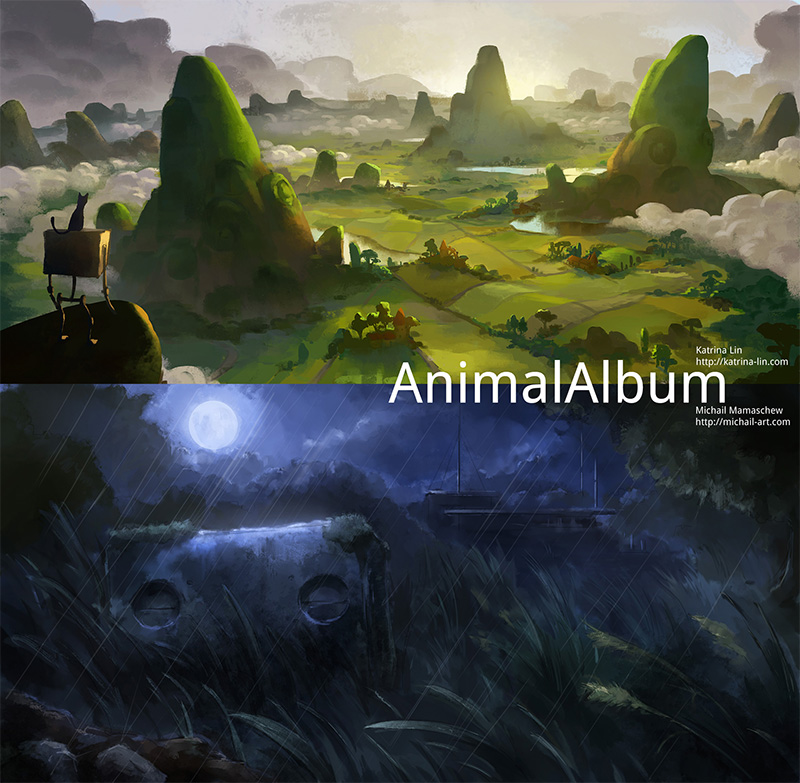 As you can see it illustrates a number of contrasts, but that's all I'll say about the story for now.

A central idea behind the game is that I just got fed up with the grinding in most rpg's. Battles systems can be great and all, but a lot of the time you'll find yourself just hammering away on the same button, selecting fight over and over again.
So I thought, why not use that time for something useful and pick up some info here and there.

It kind of clicked when I remembered a letter that was once written to Science Magazine by a group of conservationists who did a study that showed kids knew more about Pokemon than about real animals. So I'm trying to balance it out with this game basically.

Give it a try, and if you like it, please spread the word. 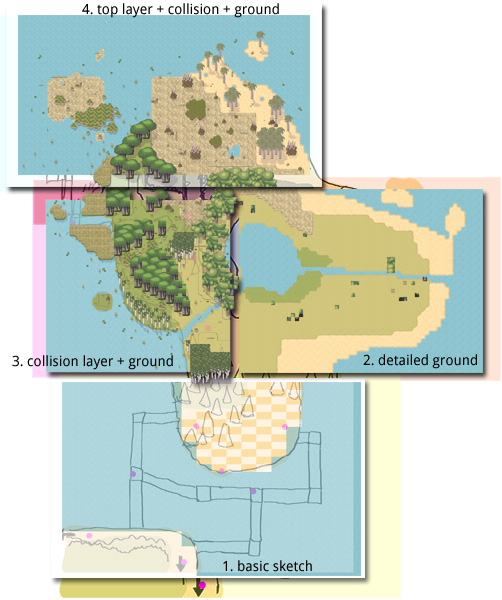 My Time At Sandrock Role Playing