The spaceship failure forces you to land on an alien planet to replenish the graphene supply. The simple purchase task gets complicated when you realize that all the citizens have disappeared in mysterious circumstances.

In this exploration sci-fi adventure you'll have to deal with many exciting puzzles and make some decisions that will directly influence the future of the planet and its habitants.

- Do I need Oculus Rift to play ALICE VR?

No, you can play the game on desktop with (almost) same fun :)

The game is around 3 hours long, but you'll have to play it at least twice in order to find out the whole story.

ALICE VR requires an average gaming PC to run on high settings. The requirements will be higher if you want to play the game with Oculus Rift, but still lower than Oculus' recommended specs.

- Does the game have jumpscares?

No, it doesn't. We aim for the relaxing gameplay without horror elements and time pressure.

- Will the game work with dk2?

- Do you plan Oculus Touch support?

Yes, the game will support Oculus Touch when it comes out.

- Any other HMD support?

Yes, we work on HTC Vive version of the game. You can also expect Razer OSVR support in the future.

Interview about the game: VR Ready[www.vrready.it]

“Everything is possible, you just have to know the way (...)”

Carbon Studio has announced ALICE VR, a first-person adventure game set in a sci-fi world whose inhabitants have mysteriously disappeared. ALICE VR is being designed for the Oculus Rift and HTC Vive, and is due to release alongside the consumer version of the Rift in April. Carbon Studio also plans to add motion control support later this year when the Oculus Touch becomes available.

As the name implies, ALICE VR is inspired by Lewis Carroll's Alice in Wonderland, and the first-person puzzle solving reflects this. Players will need to grow and shrink in size to progress through the game, while also contending with gravity-bending puzzles that allow them to walk on walls. 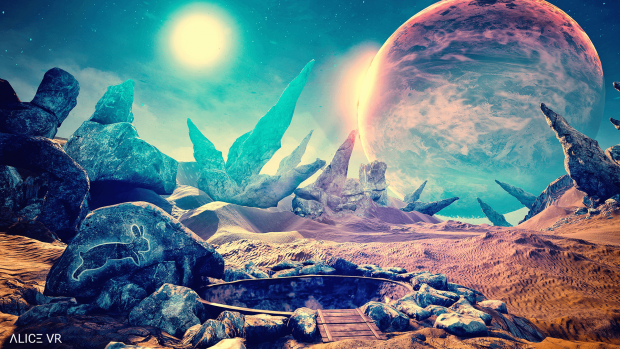 Carbon Studio says the game will take about three hours to complete, but branching endings which depend upon player choices mean the story will require multiple playthroughs to see all possible outcomes. The developer also assures us that ALICE VR won't contain any jumpscares; instead, it's opting for a slower, more relaxing atmosphere without horror or time pressure.

Look for ALICE VR in Q1 this year, with support for the Razer OSVR planned later down the line. 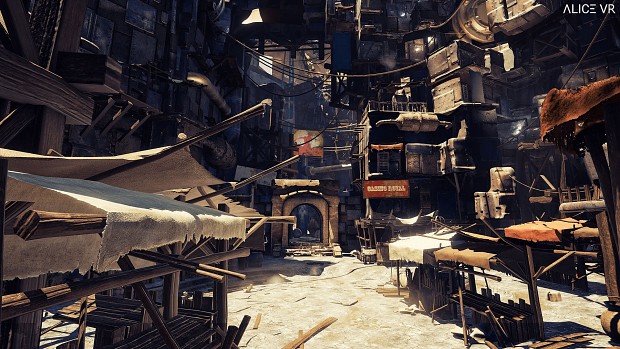