Unravel the mystery of Akolyta. Discover truth that will shock you to the core. They say the truth shall set you free…but what if your truth is keeping you from uncovering dark secrets? Be ready…to lose…everything… 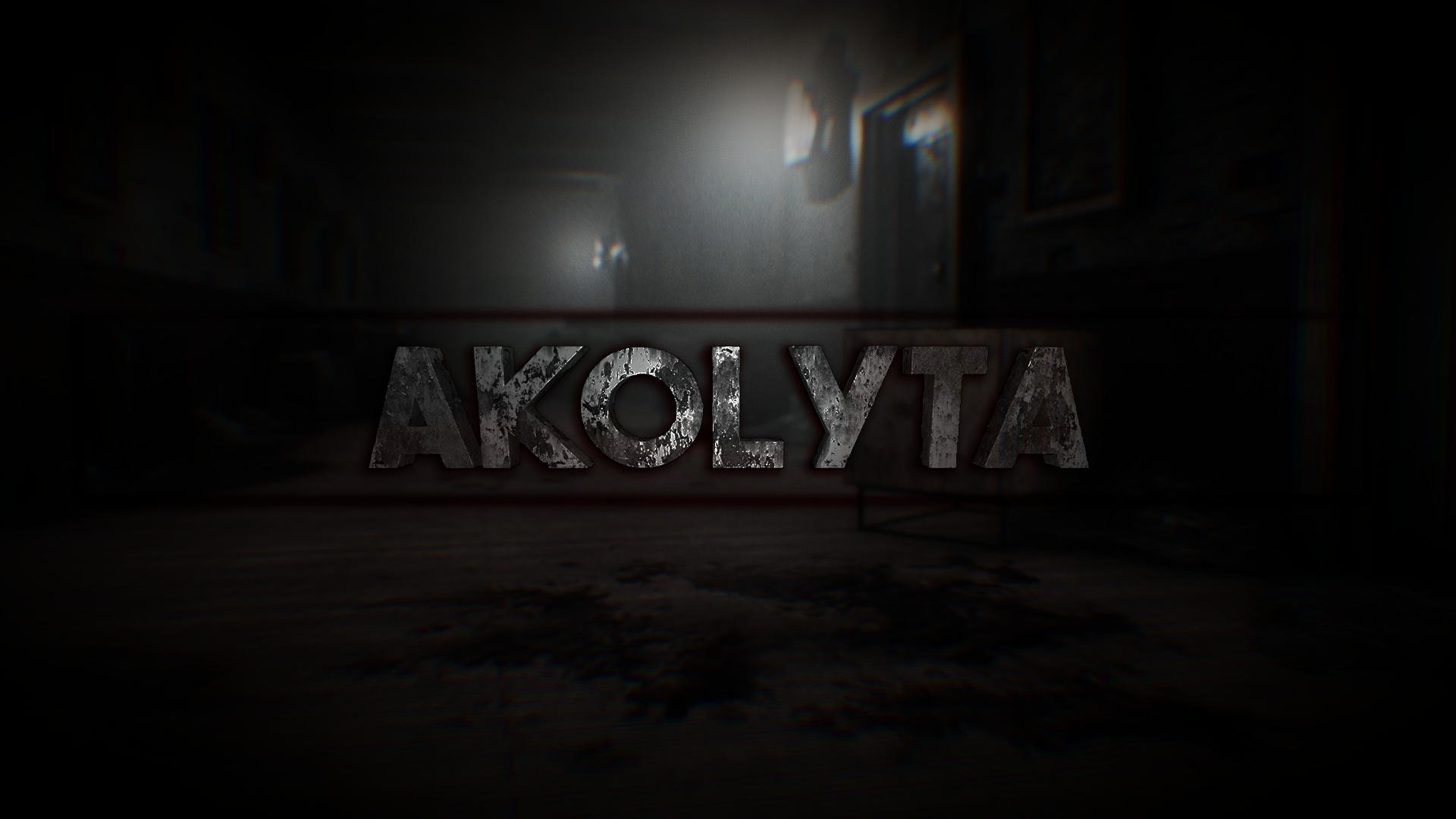 Akolyta is a singleplayer story-based horror adventure for PC. In this game, we hope to merge nonlinear storytelling, emotional attachments to the character, creepy atmosphere and environments, shocking backstories and innovative game mechanics.

Full name - Marshall Prime. A star studded , legend , in the Gorenwille Police Department. Most decorated and accomplished detective, who led the cavalry that decimated one of the top tier criminal empires in the city. Statistics speaks for itself , as Marshall Prime is the most respected detective to have graced the Gorenwille Police Department. But quite recently , Marshall found himself in the belly of the beast. With a tirade of quick , succession of murders that have taken place , Marshall is caught in a conundrum … failing to make any sort of connection between those heinous crimes. Its a full moon , you’re at your office , drowning in a bottle of Vodka , going through the documents about the gruesome murders , you then find a letter , addressed to you. You’ll open it and find out that you may have an eye-witness , waiting to rendezvous with you at the Gorenwille City Theater. Your journey into the darkness has only just begun!

We at Pterosoft studio are working hard to improve the game as much as we can to bring you the best experience possible. Right now we are working on a playable prototype including one level that will get you to know the story, atmosphere, and game mechanics. After the work is done we plan to release it as a demo version so that the horror game audience will get the chance to play it as well. After it’s completion we’ll start to work on the rest of the game and we plan to release the full game 3 – 4 years after the prototype/demo version is done.

Hello. My name is Jan, I am the creative director working on Akolyta and in this post, I would like to share with you some of the new information and changes that we decided to make.

One of the big changes is that we decided to end the video diaries and move to the written text – like this blog post instead. The reason for this is my bad social skills that in the end making the video diaries chaotic and hard to listen to and my belief that I can tell you important information more clearly via these blog entries. 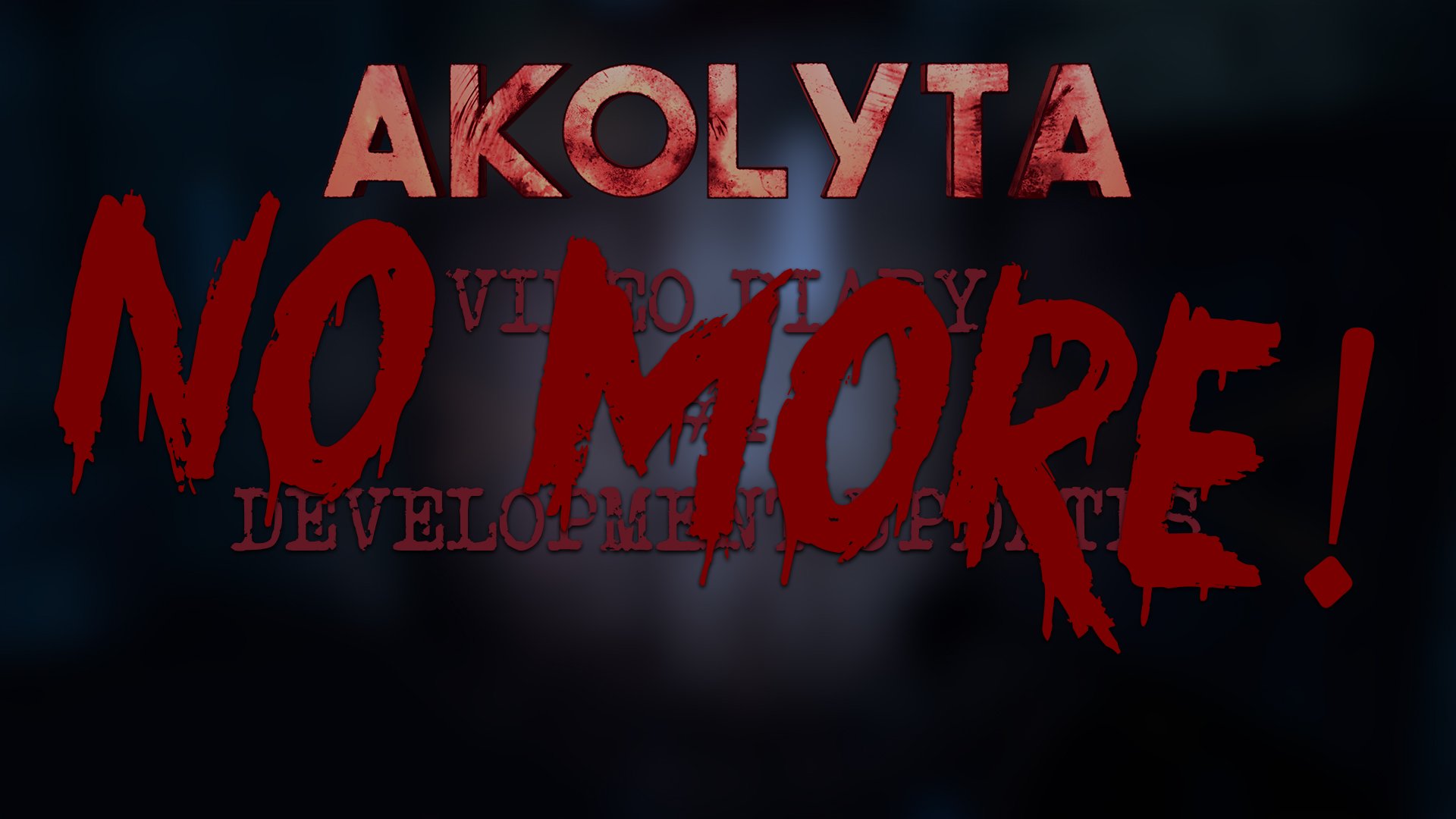 If you’ve been following us on social media you may notice that we no longer supply you with new posts every week and new video diary every month as we promised. The video diaries are dead are I wrote before. And the reason why we stopped posting new content every week was the declining quality of the posts. We needed to post something new every week so a lot of time we posted content that we felt did not have the quality that we would hope for and that we believe you deserve. 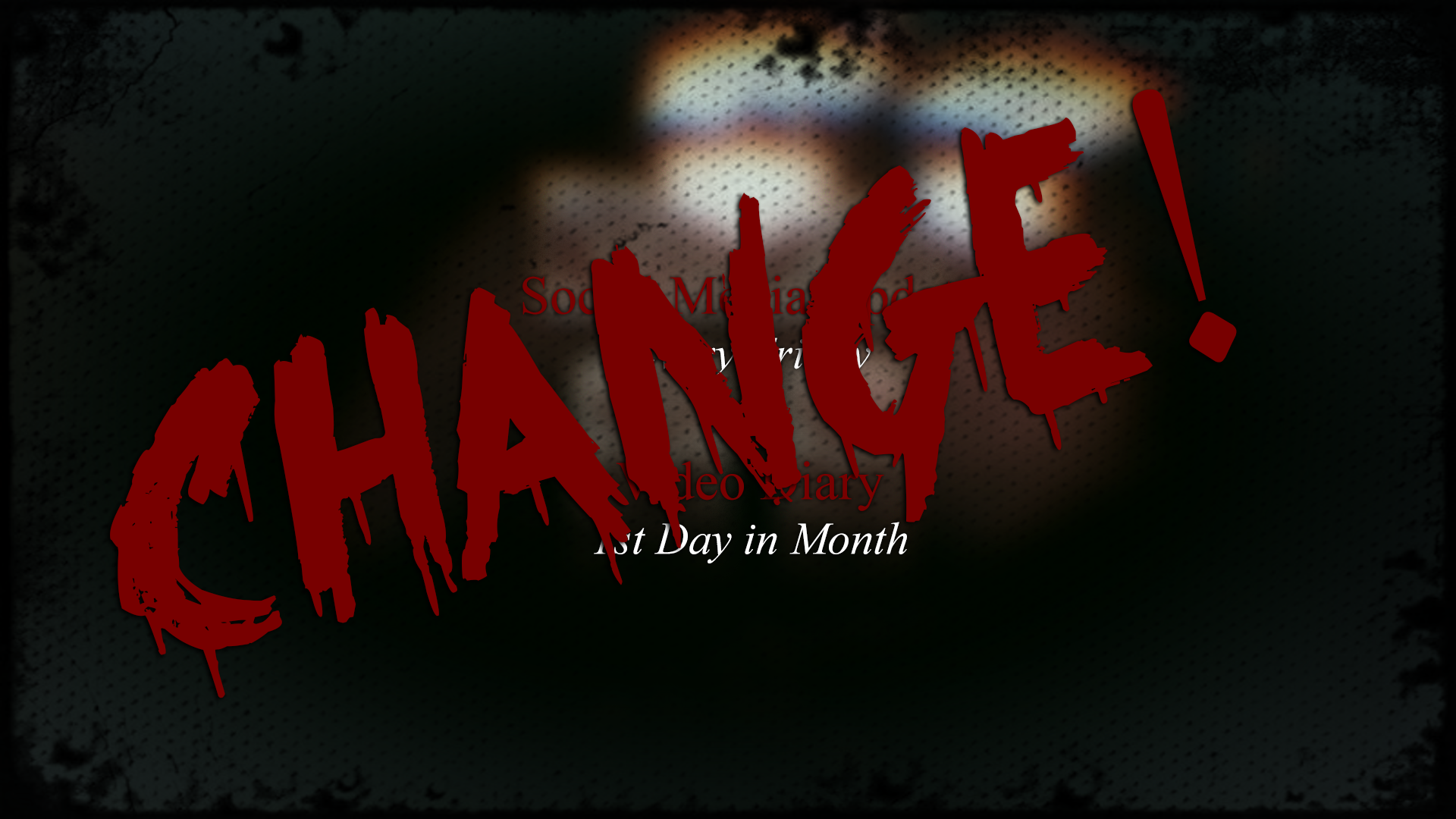 What do the trailers say

As you may know, already we released two trailers: The Sacrifice and The Experiment. Here I want to talk a little bit more about those two, about what they mean, what should they tell you about the game and how they are connected.

The Sacrifice, which was the first trailer we released was basically a cutscene, where the main character talks about the loss in his life. What we wanted to show in that trailer was the storytelling and the emotional part of the story that we want to incorporate into the game.

The second one is called The Experiment. In this trailer, we shifted our focus more on the atmosphere and dark environments of Gorenwille that the player will explore. It also has a little story to it which is connected to the main storyline but the focus of it was to get players into the really dark place.

What we hope to achieve is to merge these approaches – the dark environments, the scary atmosphere and the storytelling with emotional elements in the story together. And lastly, I feel it is important to say that the trailers do not represent the final game or final visuals of the game. The game visuals will improve overtime as we work on the game. 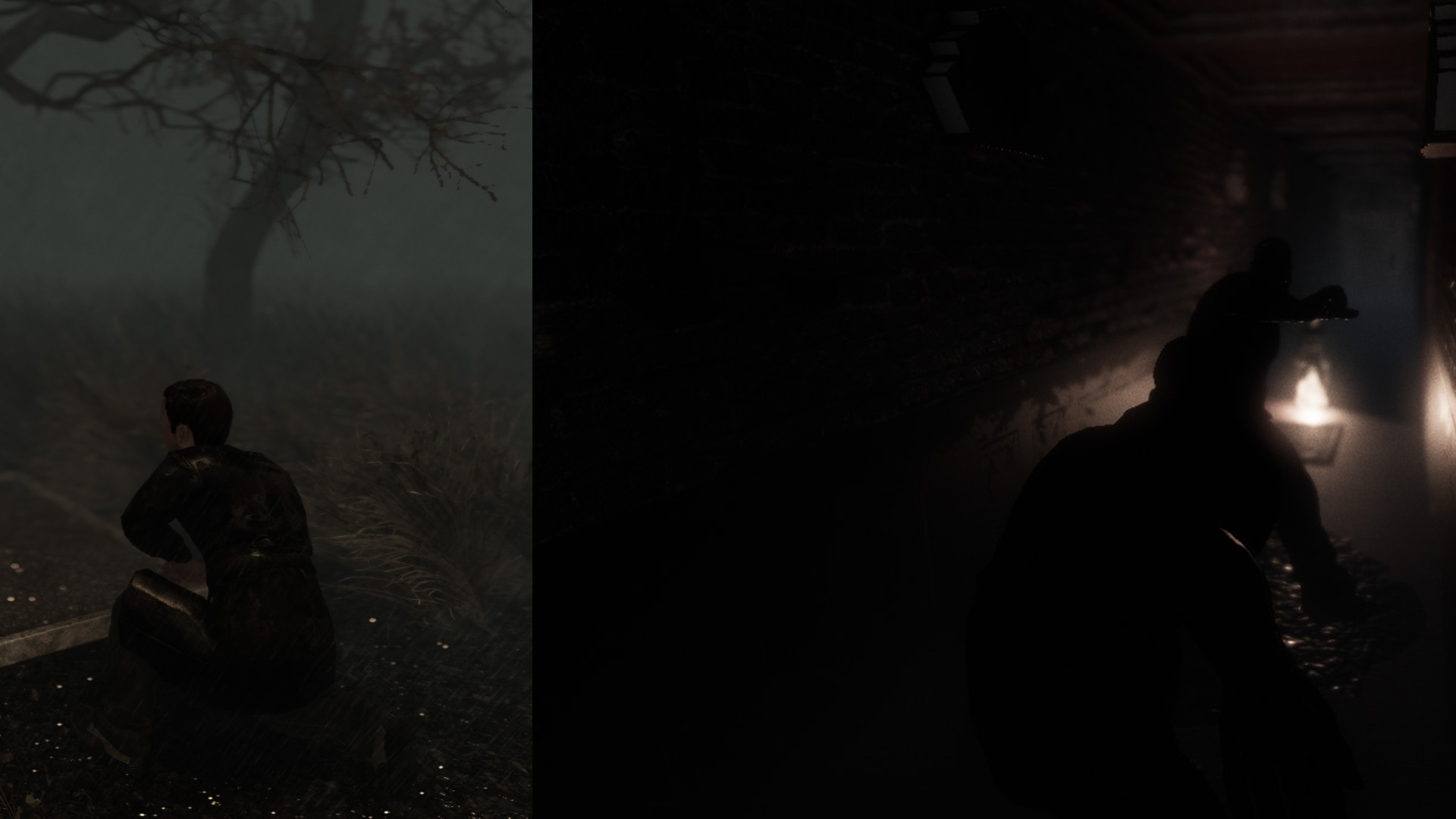 Where is the campaign 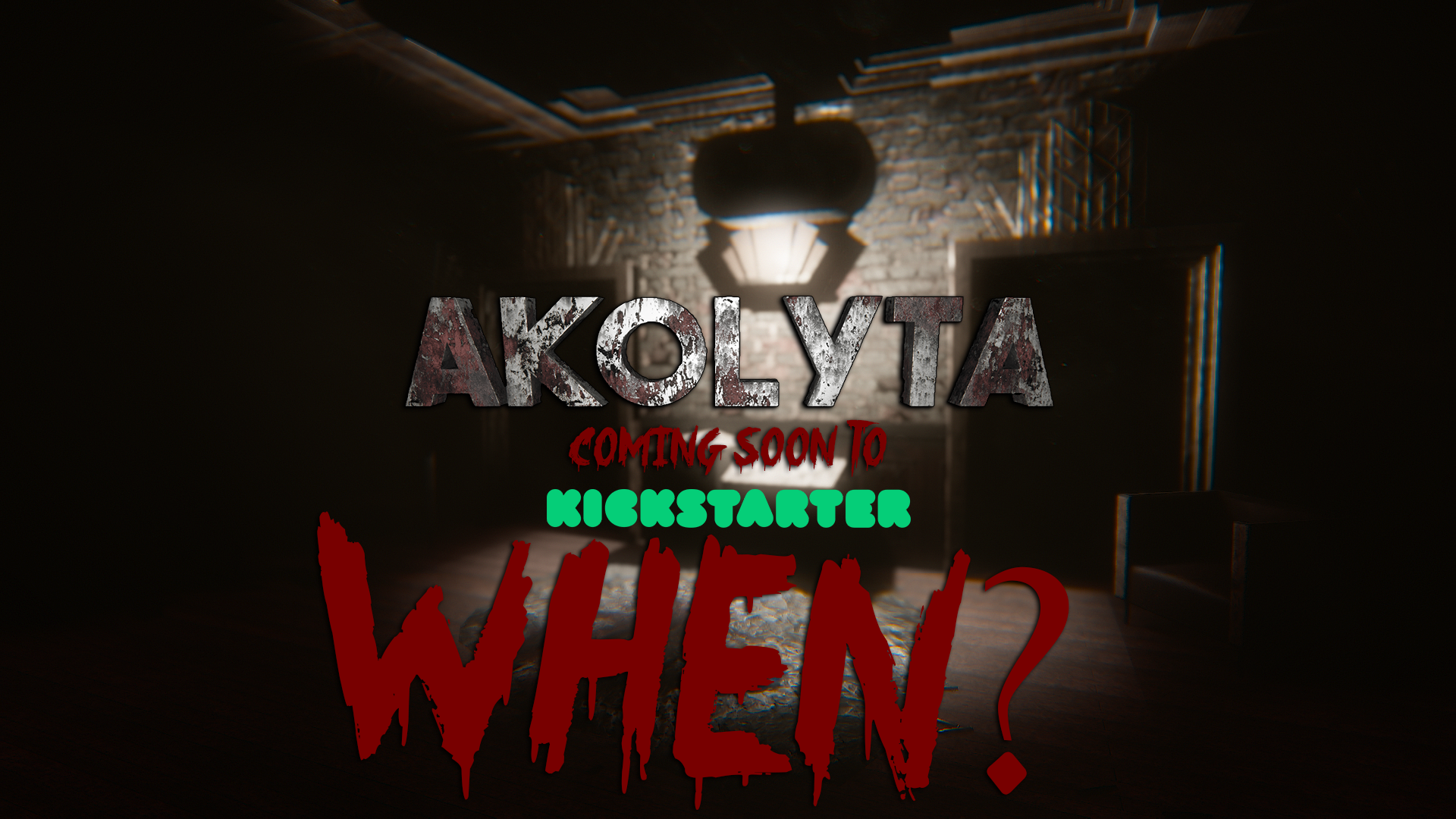 The main character that we revealed – Marshall Prime – is currently in development so we hope to share the results with you in the future. We’ll also release information about other characters as well so you can get a little bit of a backstory of theirs.

The last thing we plan for the future is a little side project linked to Akolyta that we plan to share with you as well. I won’t disclose more information about it right now only that it is a small passion project developed by fans of horror. More to it soon.

This is the end

I hope you found this post interesting, that you found some new updates about the game that you did not know. If you want to know the smaller updates you can follow us on social media and if you want to be part of our community or just find new friends or speak to the developers feel free to join us on Discord.

Hello. After a few months of development and redoing we are happy to announce that we finally released the next trailer. The trailer is called The Experiment...

Akolyta is going to Kickstarter

After hard work and careful considerations we decided to proceed with a big move. We decided to start Kickstarter campaign for Akolyta.

It’s been a while since I had the opportunity to sit down and write some new updates about Akolyta so I decided to summarize everything that happened.

Recently we released story trailer for Akolyta in which you will get to know the main character - Marshall Prime and first story revelations. In this...

Thank you for your feedback. We will work on that cigarette. :-)