Against the Storm is a roguelite city builder set in a fantasy world where it never stops raining. As the Queen’s viceroy, you’re tasked with venturing into the unknown wilds and building new settlements inhabited by intelligent beavers, humans, and lizardfolk.

Gain full control over what is being consumed in your settlement, and experience the improved and embellished UI. 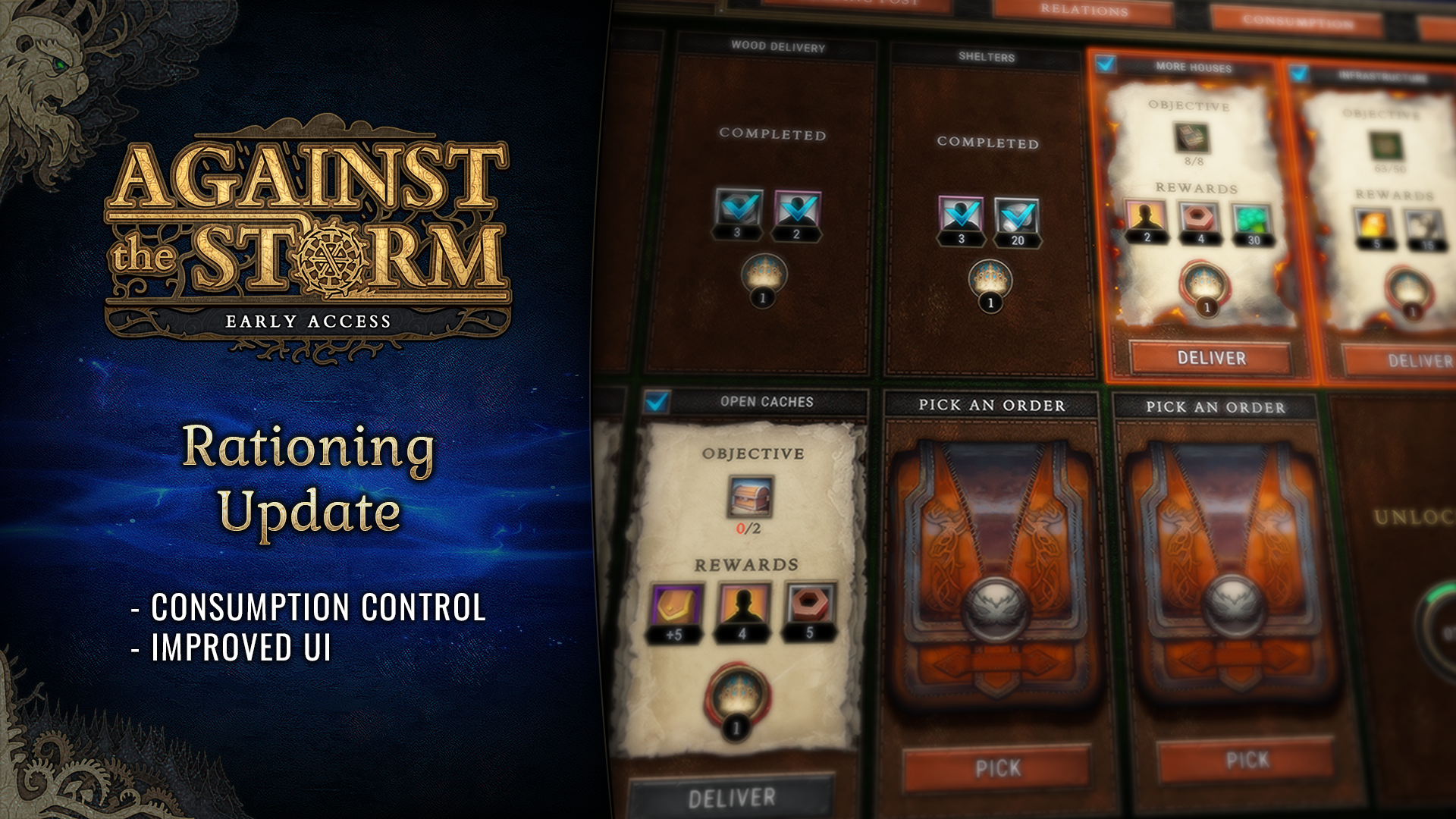 It's been almost a month since we last reworked the entire UI. It's about time to do it again. Although this time, we learned our lesson. Here's what new:

If you like the new changes, please consider leaving a short review on Metacritic.

Play Against the Storm:

In today’s update, we’re introducing two things that were highly requested by you, the Against the Storm community! These are – the Consumption Control system, and the new improved UI (after the misstep that was the flat and minimalistic style from a few updates back).

We know that many of you didn’t like the blue-ish, minimalistic design of the UI we introduced a few updates ago (in the Interface Update). Although the reactions hurt at first, they were justified – we wanted to clean up the UI and improve the overall user experience, but in doing so, we removed something very unique from the game, a part that many players fell in love with. This was a valuable lesson for us – to communicate and ask for feedback as soon as possible when making drastic changes to the game. That’s why in the last couple of weeks we published quite a few UI teasers and asked you to give us your opinions on a new direction for the game’s interface. 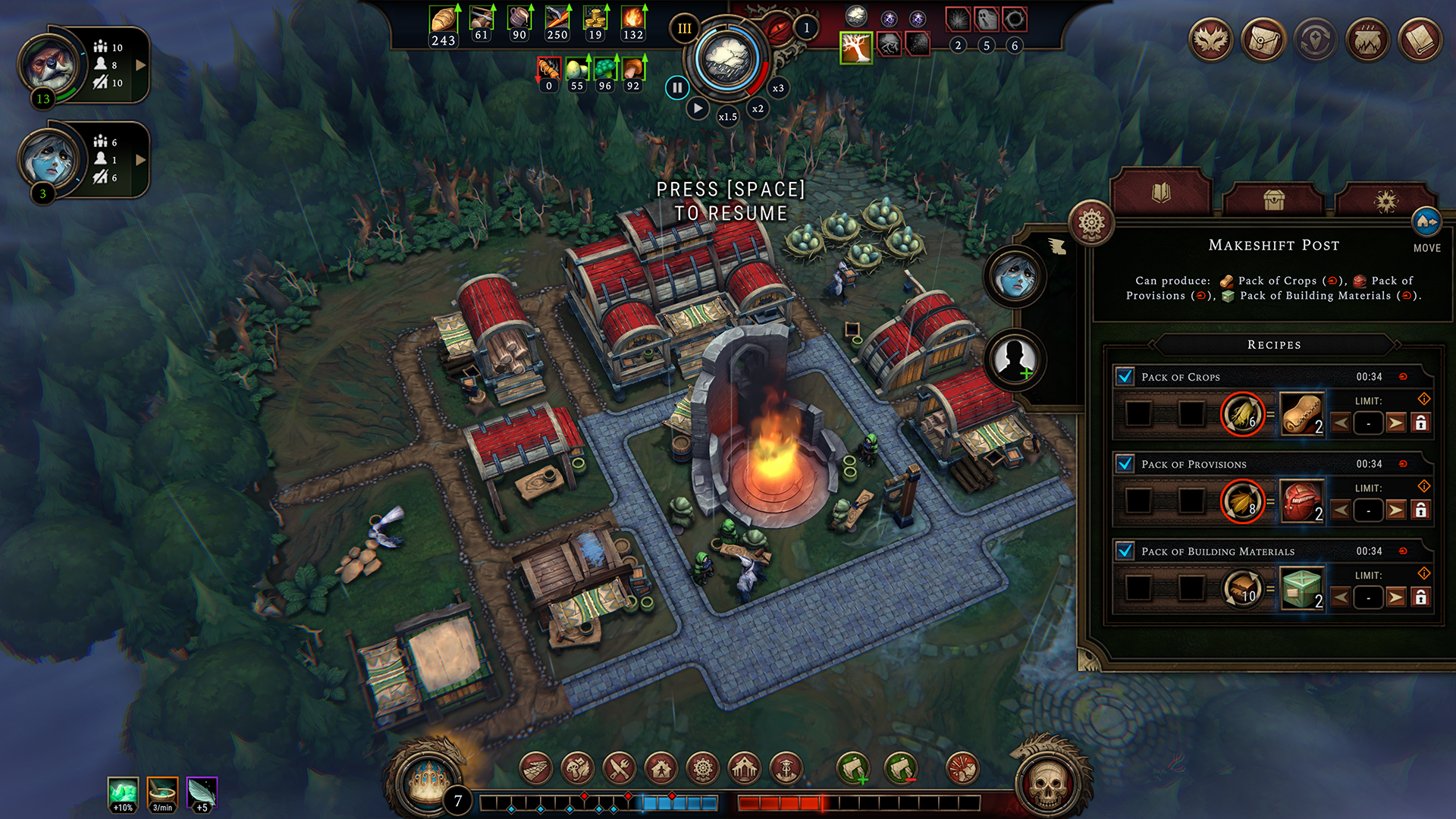 So here we are! The updated UI is finally ready! In this update, we bring you a marriage between what we think is the best of both worlds – the decorative and warm style of the old interface, and the clean, readable structure of the new one. As usual – there certainly will be places where things could still be improved, so in the future, we will slowly tweak and streamline the UI further.

The second big thing is the Consumption Control System. This has been on the top of the suggestions list on our feedback board for a while now, so it’s high time we introduced this feature. To be completely honest – we weren’t big fans of this when it was first proposed (around the time of the initial Early Access release of Against the Storm), as we felt that this would have a negative impact on the game’s mechanics and balance. But a lot has changed since then – Against the Storm has evolved to a place where more control over your villagers would actually be beneficial for the long-term health of the game. And thanks to this new system we can design Orders and Glade Events more freely (who remembers the dreaded Order to deliver 50 Mush Soup back in the day?). 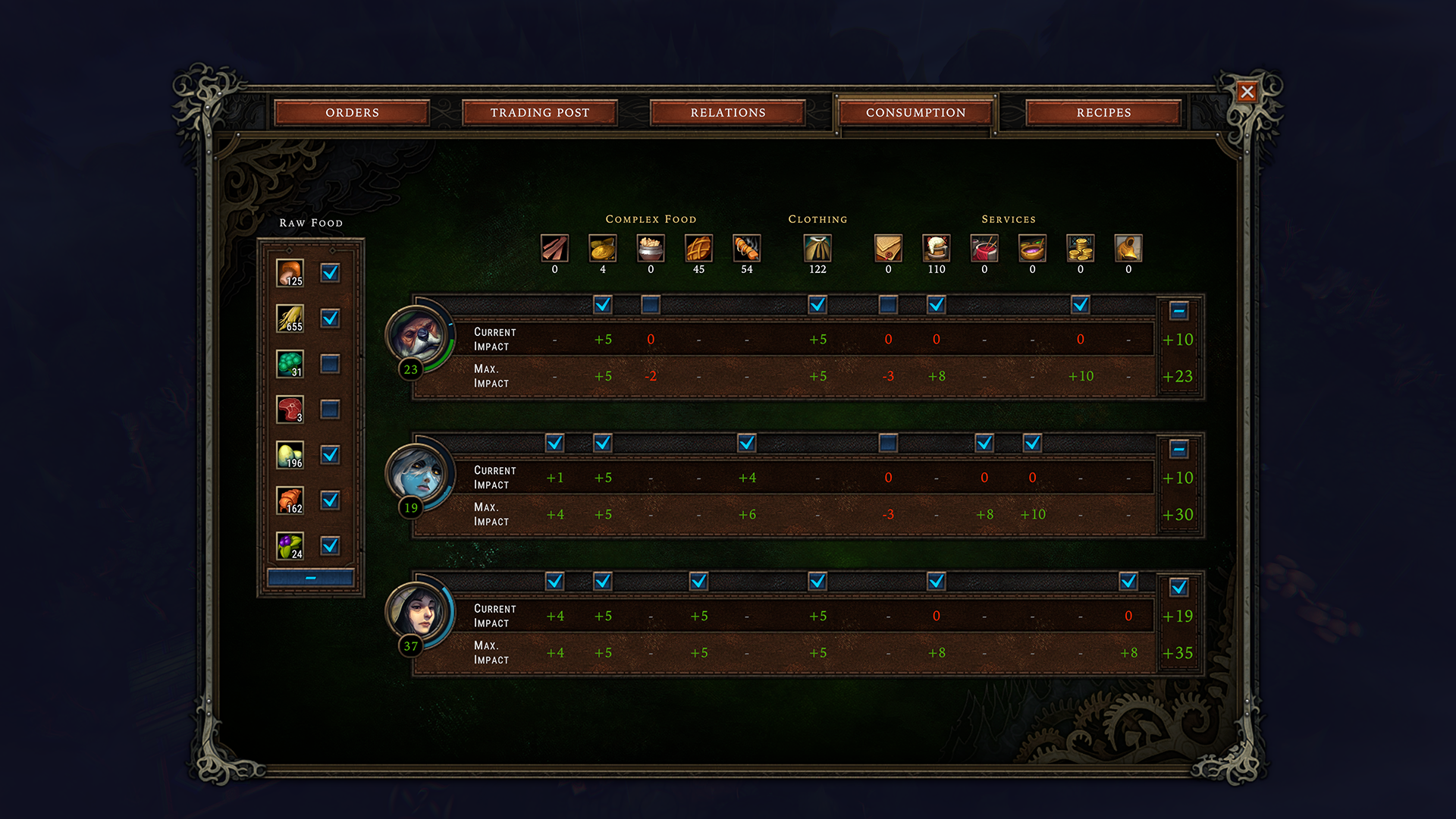 At this point, it’s important to note that the Eremite dev team weren’t the only ones working hard on this release. Thanks to our talented community translators, @Lollo and @MrPinguinoEUW, you can now experience Against the Storm in Italian!

Last but not least – we also smuggled in a few balance changes, mainly for Orders and Cornerstones. Our goal here was to create more interesting decisions when picking Orders, so we increased the rewards for some less attractive objectives and decreased the amounts of goods for the “obvious choices”. We also tried to make some of the least picked Cornerstones more attractive, and trim down some of the blatantly overpowered ones. 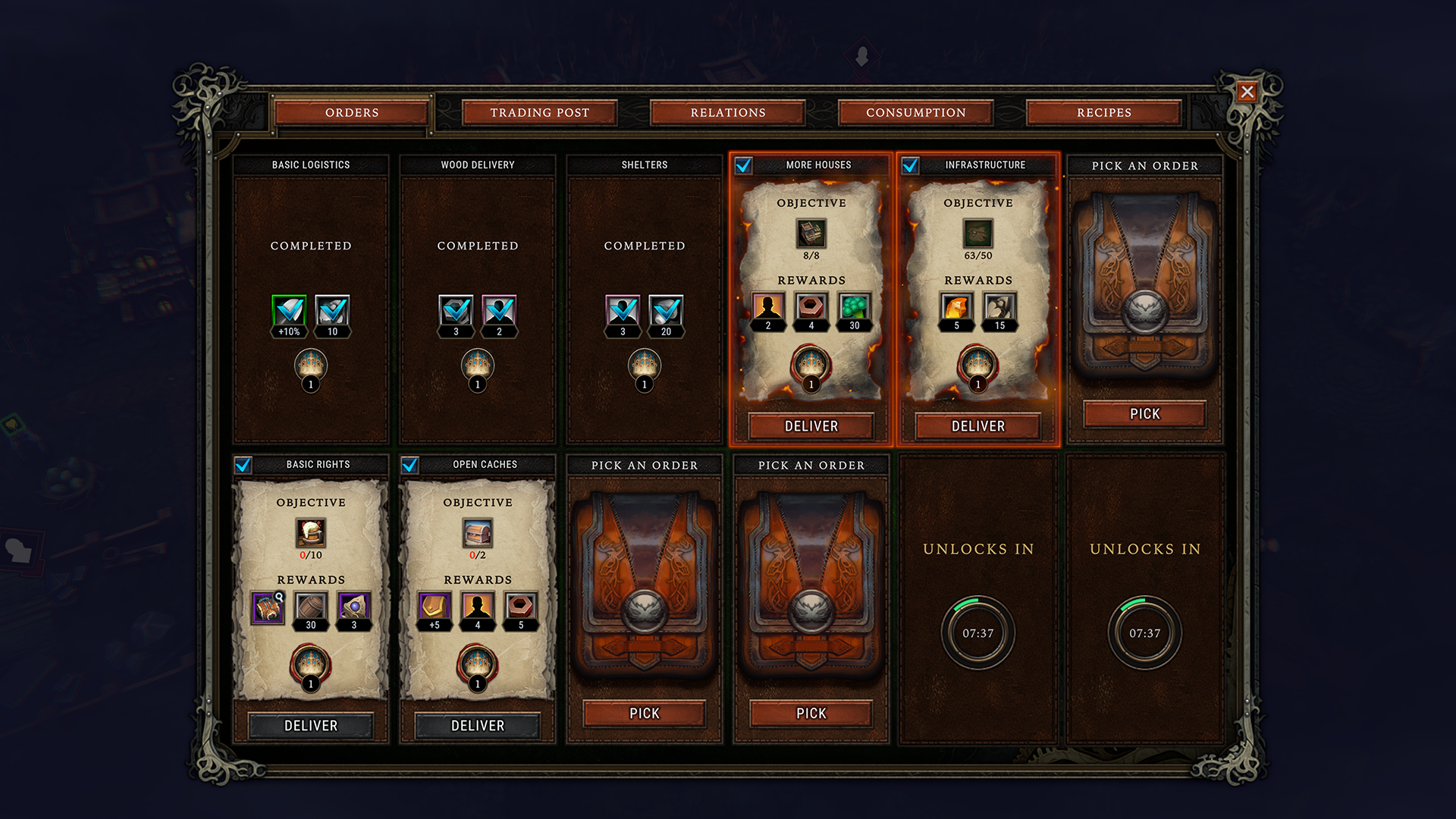 Enjoy the new additions to Against the Storm, and as always, feel free to share your feedback on our Discord server or using the official feedback tool. 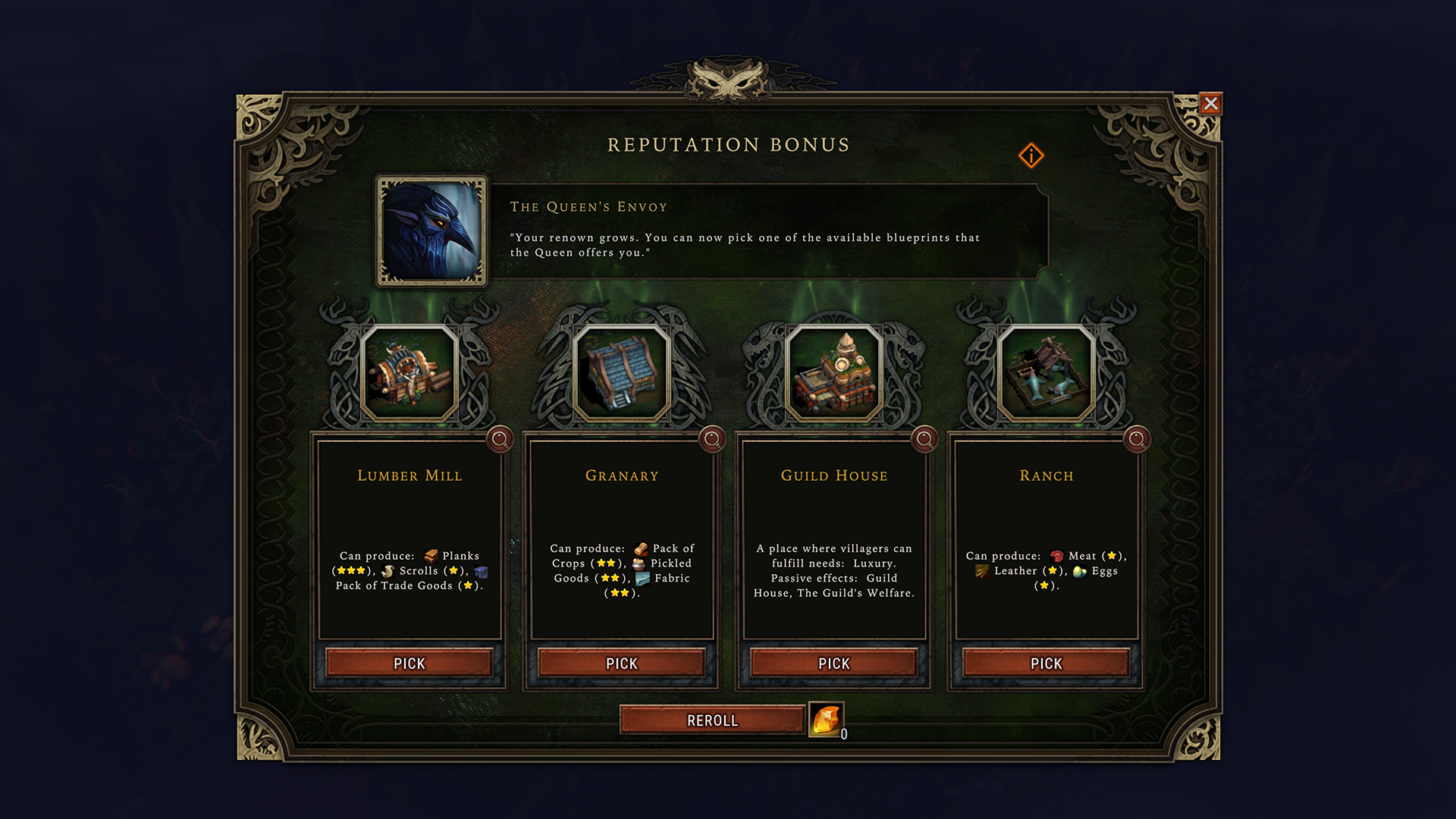 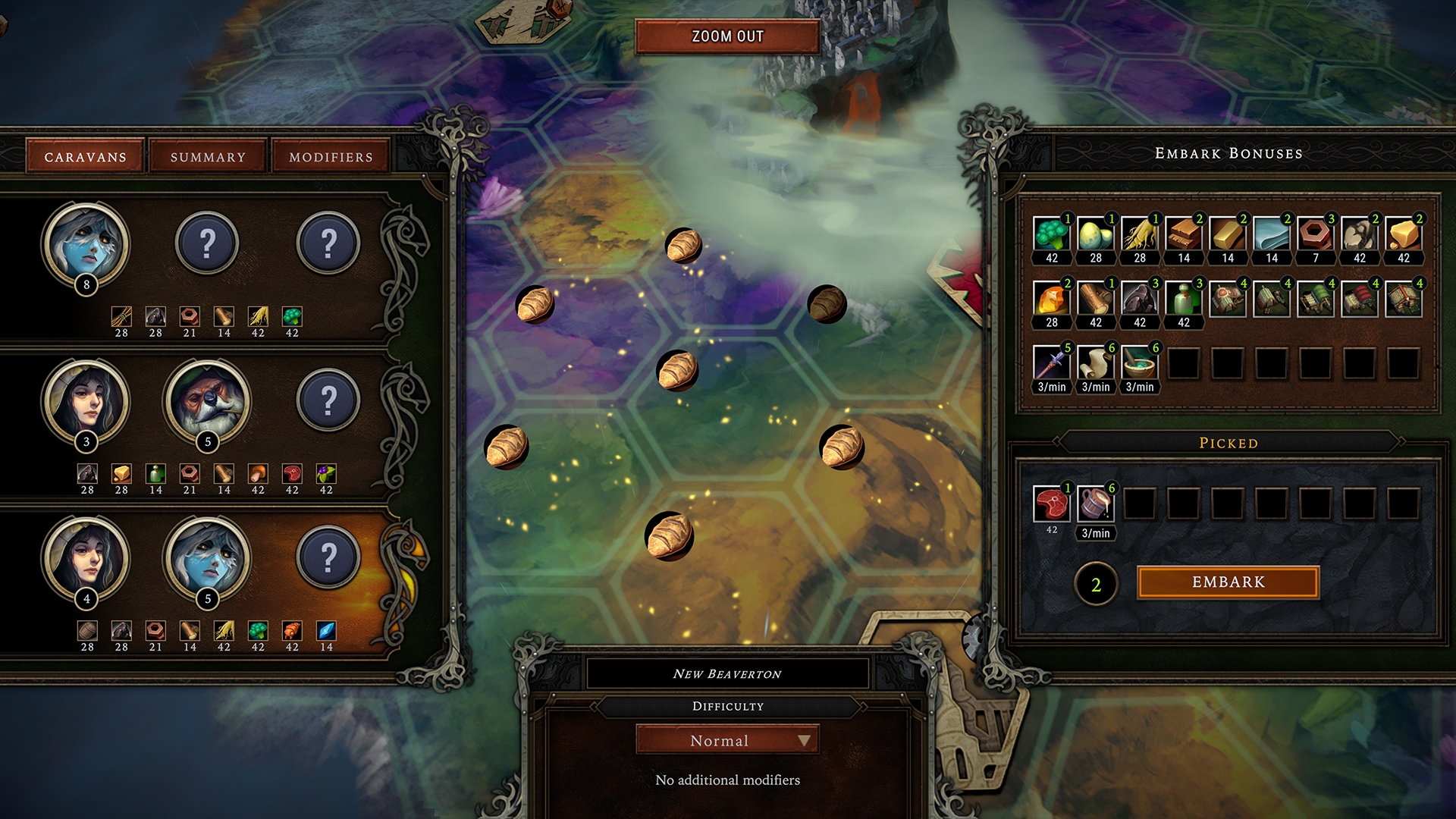 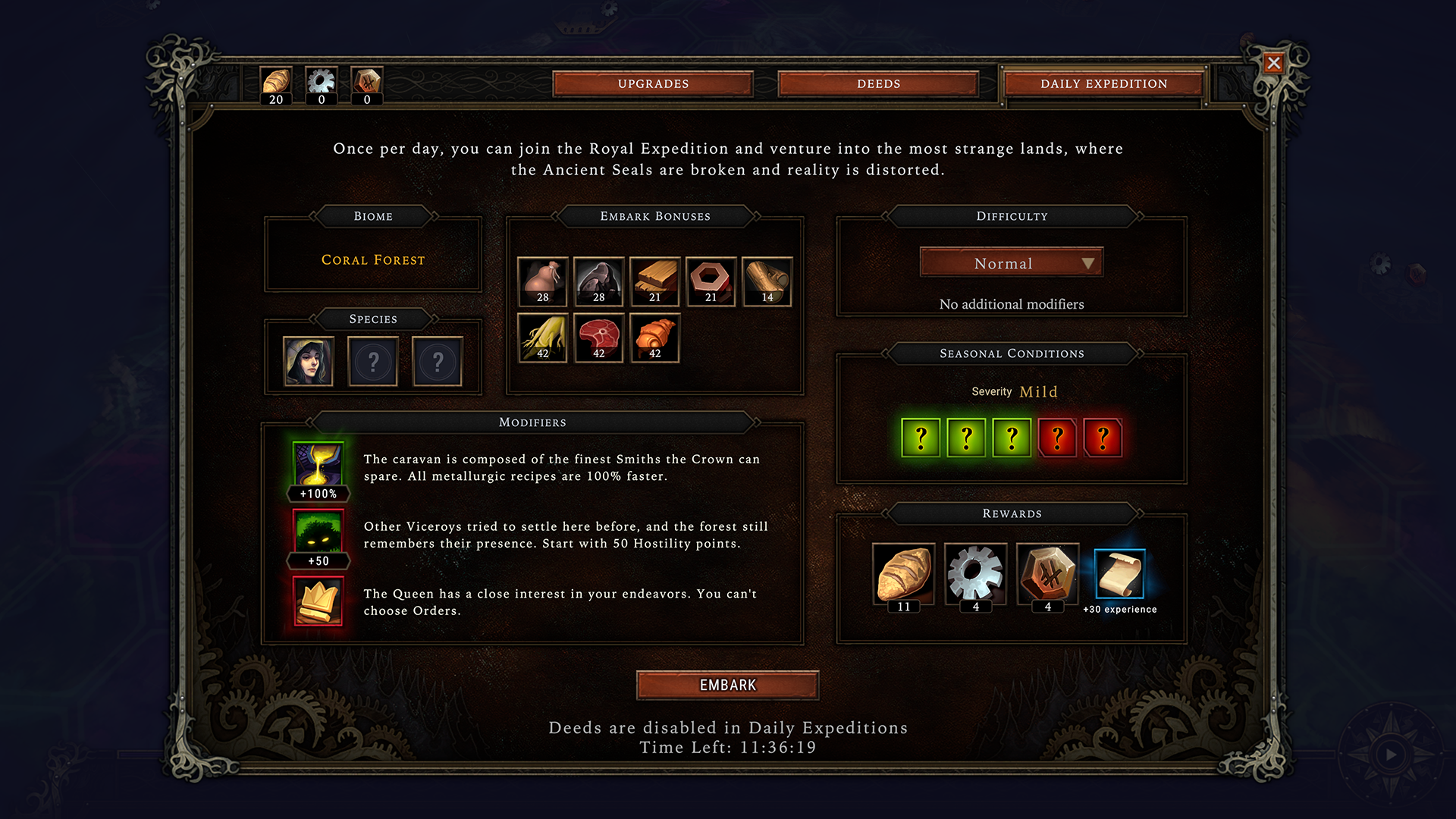 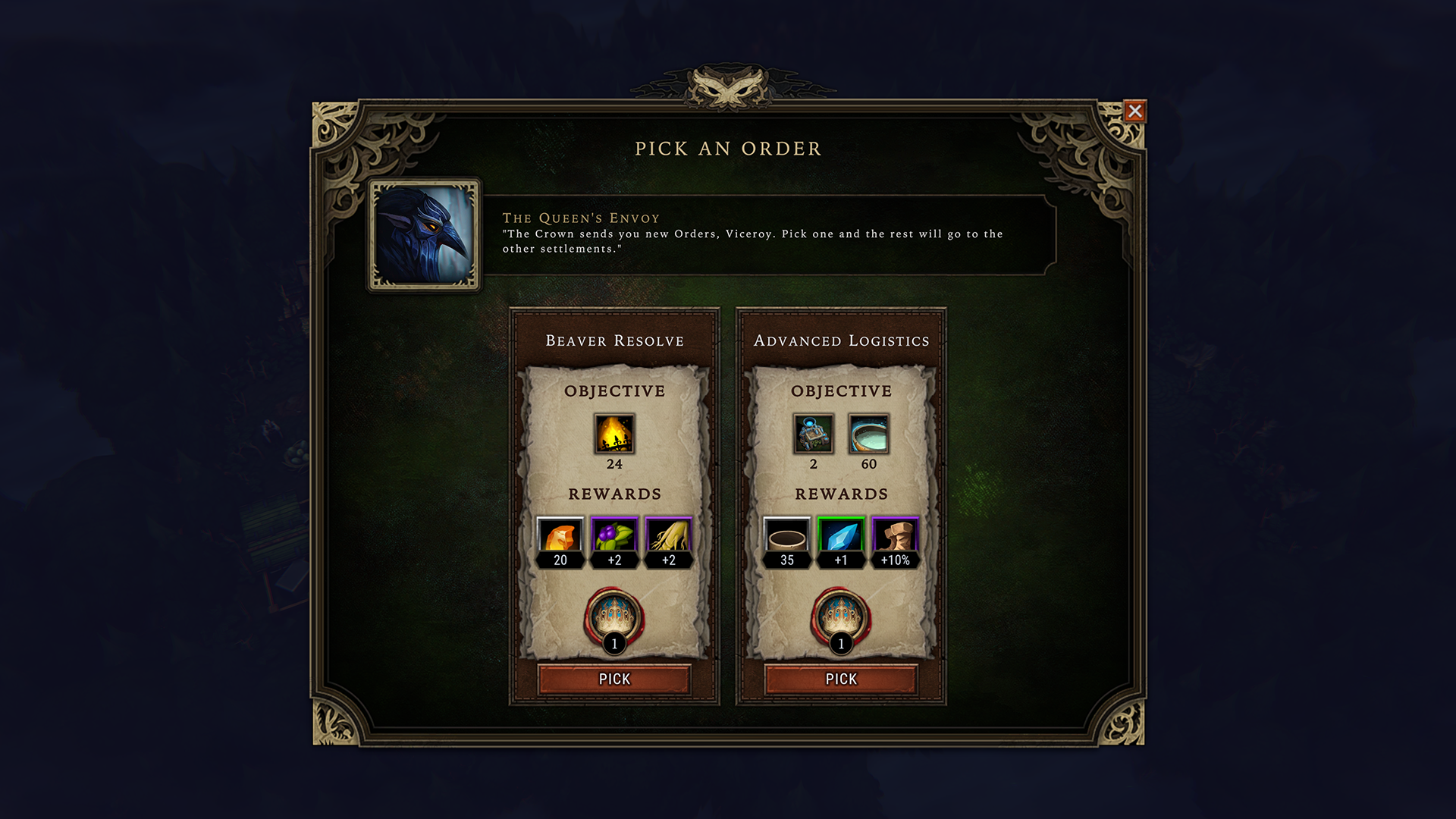 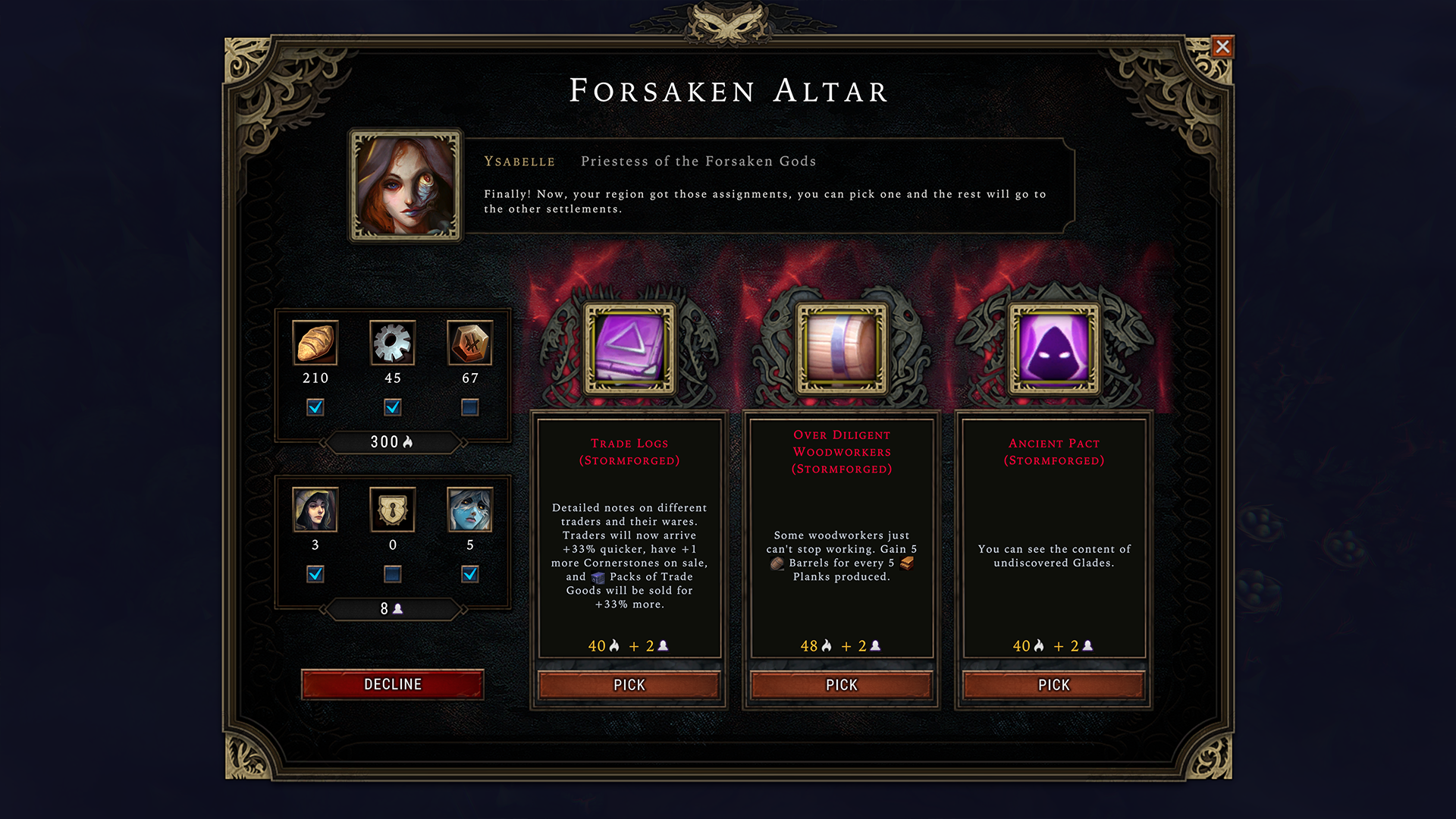 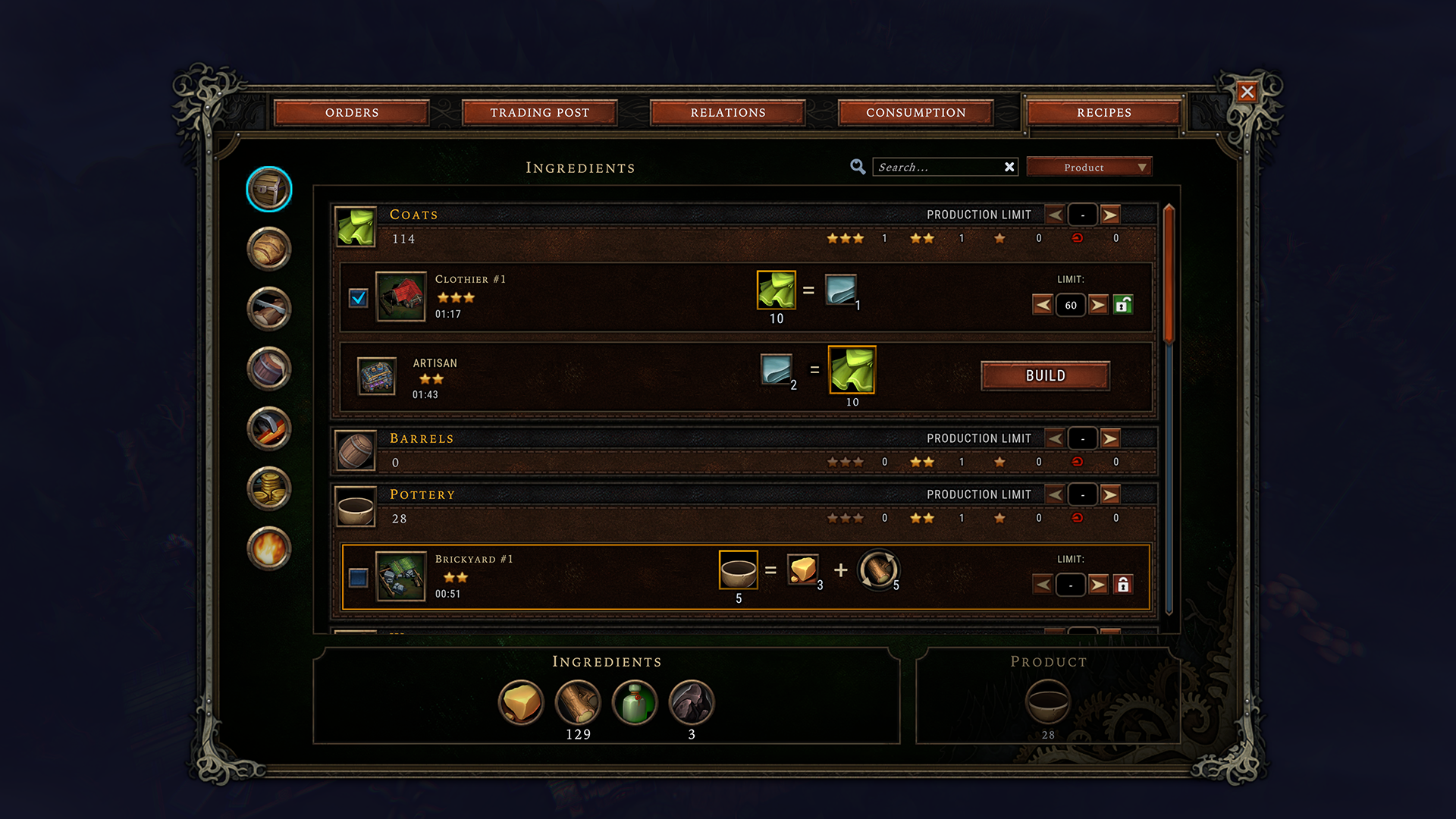