As usual, most of the development time is being devoted to the Second Macedonian War. I decided against a partial release as it makes little sense to interrupt a game with permadeath in the middle of a campaign. I'm sorry I can't give you a date yet, but progress has been good and it shouldn't be a long wait.

That said, I've found time for a small update that adds some useful features and fixes other things. Let's look at some of them.

With this new option, you can make combat go 50% faster than normal, or you can slow it down to 75% of the normal speed. 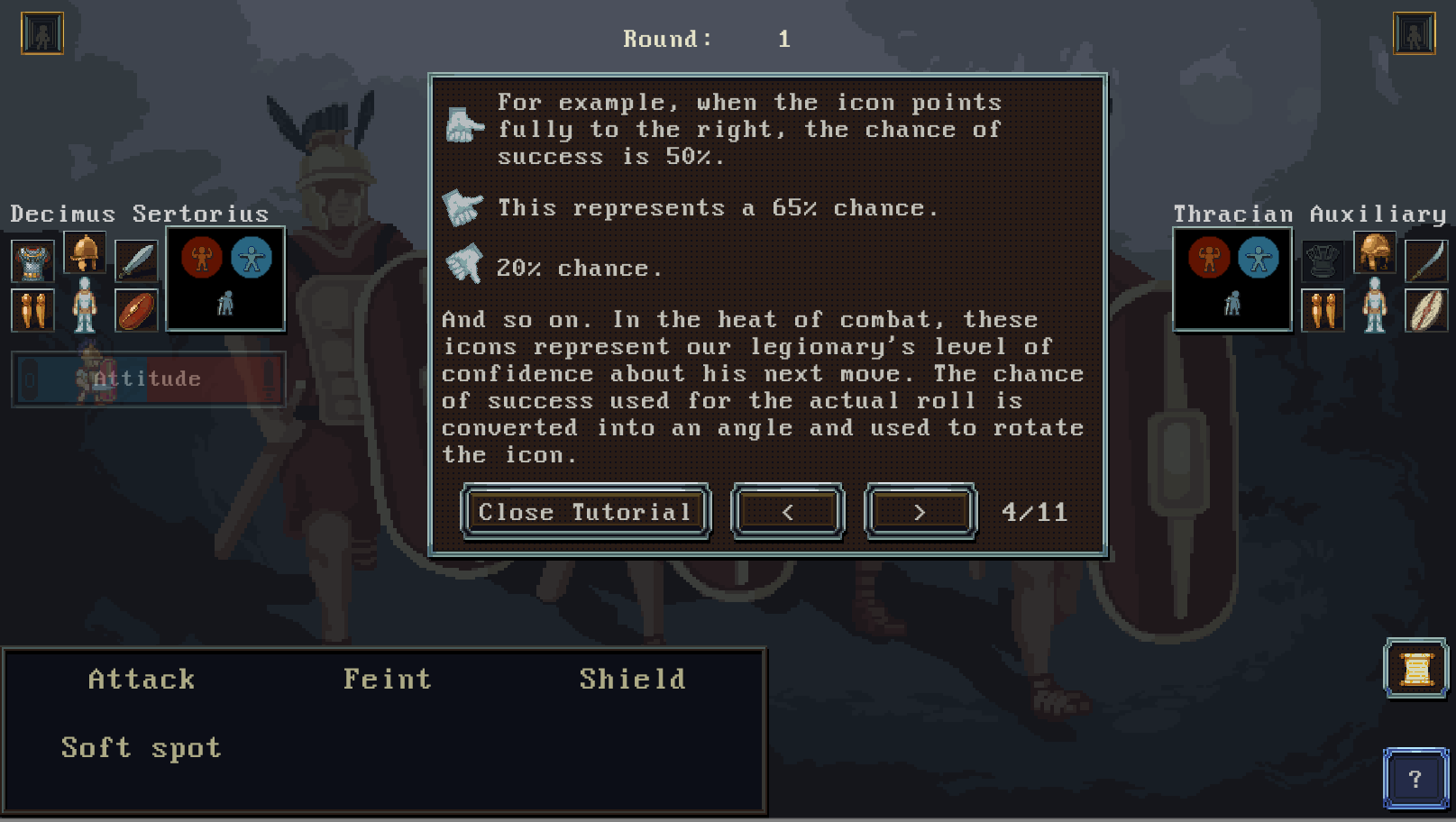 The tutorial part about the “thumbs up/down” has been expanded a little to provide an explanation. Unfortunately, in the tutorial I have to be as concise as possible or players would get bored and skip it, missing important information.

As I explained elsewhere: "The first prototypes had plain percentages, but they seemed too cold and out of place in a game like this. A visual feedback that relied on the player's intuition felt closer to what I wanted to achieve. In the heat of combat, our legionary should have a general idea of how confident he is about his next move, but it seems wrong to tell him that he has a 38.1% chance of hitting his opponent's head. Well, not exactly wrong, but more suited to a science fiction game. At first I wanted to use colors, with different tones of green representing a good chance of success and different tones of red representing a low chance, but I realized this would have caused problems to color blind people and that's how the hand with a thumb icon was born". 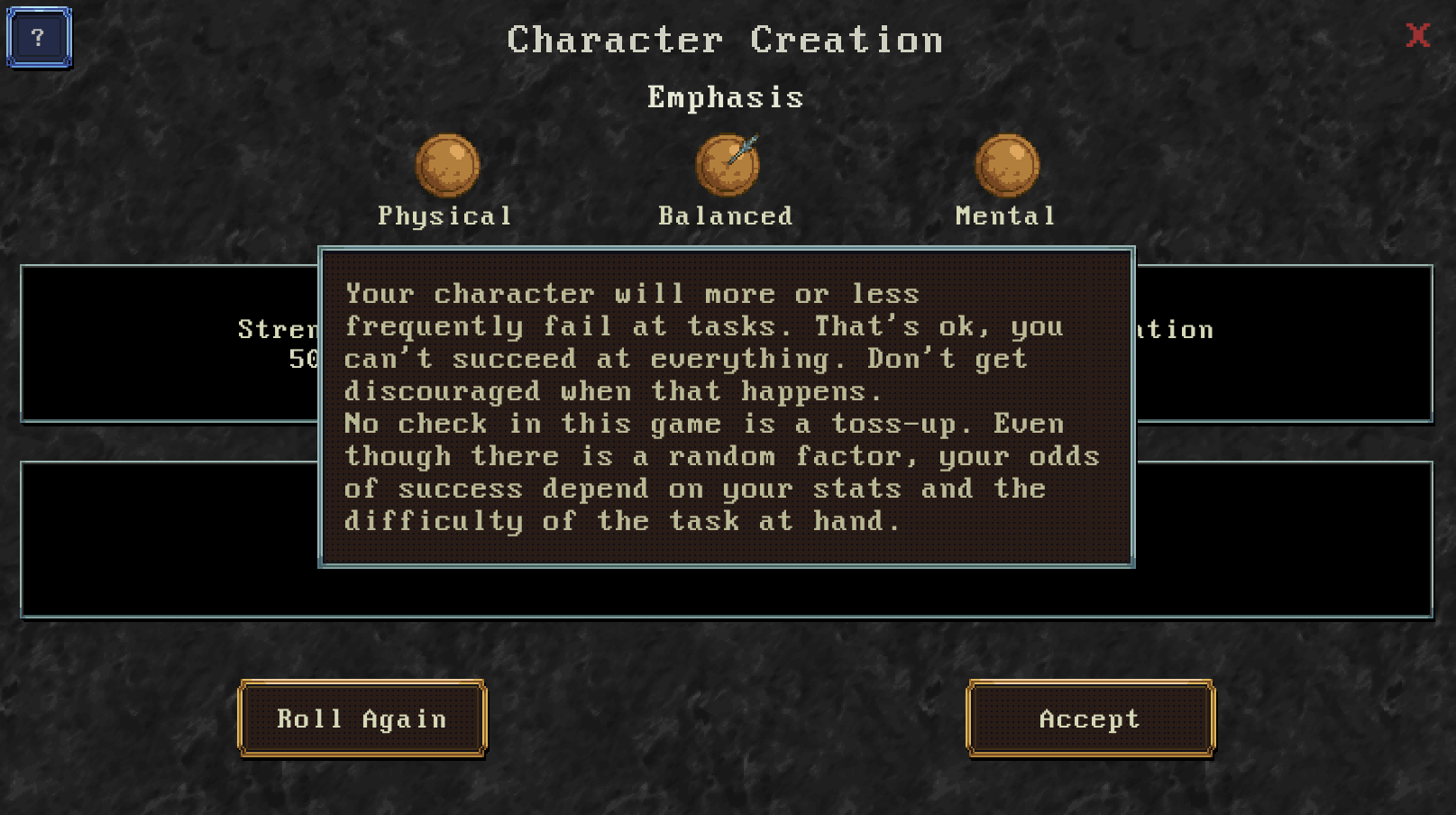 I've also written a little introductory note for new players, so that they can get a better idea of what to expect.

The Awareness penalty of Etrusco-Corinthian helmets has been reduced from 5 to 4.

Now there's a single point of difference between this and the Celtic (or Montefortino, as it's actually called nowadays) helmet and the first helmet has a slightly higher Head Cover: 80 vs 75. It should make the choice more interesting, especially if you consider that high levels of weapon skill and soft spot attacks reduce the armor cover.

The base damage of spears has been reduced from 5-16 to 4-15. It didn't make much sense that a spear could do more damage than the average gladius.

Besides the above, there are other minor additions and fixes. The full changelog is here