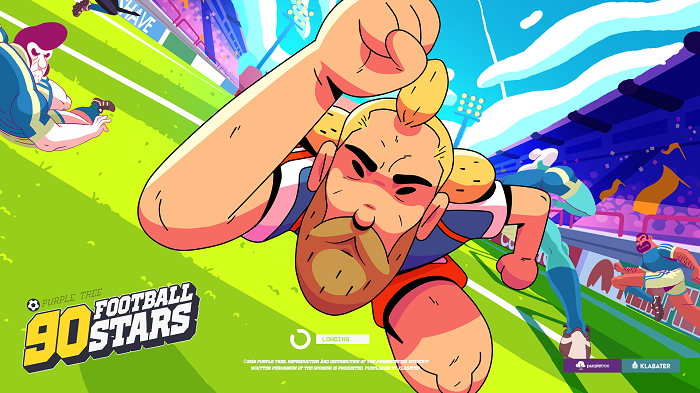 The game is set in inspiringly bonkers atmosphere and retro art style of the ’90s. It is super fast, dynamic experience with medium sized fields, no fouls and offsides whistled. Just pure fun! Mastering the game is incredibly easy during fun and furious 7vs7 matches.

If you remember the legendary Dutch, Argentinean, and German teams from the not so distant past and such names as Gullit, Romário, and Valderama make you smile, this game is definitely for you and will give you a real thrill. If you don’t, no worries, just play and discover the beauty of old school football!

’90s Football Stars boldly recalls the glory days of the ’90s football, bringing back memories of cult classic games like Sensible World of Soccer and popular cartoon series such us Captain Tsubasa. With its vintage, not-too-serious, artistic and creative modern approach to classic gameplay, ’90s Football Stars is certainly a perfect game for people who are weary of football managers or complicated hardcore simulators. It is super fast, dynamic experience with medium sized fields – no fouls and offsides whistled. Just for having fun!

The Early Access version of the game will include the following elements:

„Football is definitely about teamwork. It doesn’t matter if you’re on the field or play it on console sitting with your friends on the couch. It is always about being together and just having fun.” commented Pablo Cerrutti, Art Director in Purple Tree. „This is why we decided to hit Early Access on Steam. It’s also a kind of teamwork with other people who love football games. I do believe ’90s Football Stars can strongly benefit from such community feedback and I’m looking forward to getting to know what people think about our game.”

Main features of the game: