A Parody of Left4Dead, mainly as were indie developers also working towards degree's and thought working on a project together would help us learn how things work. The game is free.

What are we doing?

So its been a while..

Since I gave out an update on the project! So far everything seems to still be slowly grinding to a halt and it's not what I want. Sadly, being a student has finally caught up with me as the money crisis is 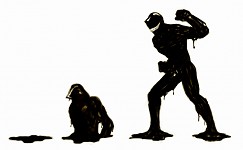 setting in, paying rent and actually getting food is my main priority so I've started to do freelance work and do work on the game whenever I can.
As with our team, we do have some great concept artist's but as far as I know we don't have any 3D artists or animators so all we really can do is churn out concept art and demo's with no content in.

I am determined to keep this project from stalling out and becoming one of the thousands of games that were never finished.

What I'm doing to fix this..

Currently I'm working almost 12 hours a day to pay my rent on job's that are beyond a joke (£80 for a website a week). But in September I finally get my bursary from the UK government towards my education which should make it easier to get by. However in the mean time I will be working on getting better work in and hopefully complete the game at the same time.

The game bible is out!

I've just uploaded the game bible so everyone can see what the project is about, offer critique and even complain about it if you want. This is only my first draft at this sort of thing so bare that in mind before you comment about how bad it is ;)

You can find it here - Indiedb.com
In the mean time I will continue doing what I can to keep the project going and the concept artists will keep producing some great artwork.

Robbie Cole can be contacted at eirhjien (at) hotmail (dot) com 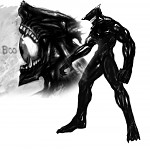 for any sort of concept work, he's a very motivated individual and offers some great input in the game.

We also have a new concept artist called Emil Friis, he joined a few weeks ago and has just started doing some new concept work for us.

Closing thoughts..
With progress at the snail pace it is now, I don't see a demo release for any amount of time, I am still looking for 3D artist's to do work on characters, environment's and weapons however my main concern is getting the game-play elements in, with items like the carrots and some enemies.

I've coded the basic AI and game-play for the character but so far it's using place-holder objects that look pretty ugly. Once these are updated and we sort out a bit of variation in the characters we should be able to do something like a demo.

Our lead artist left the project, leaving a place open for anyone to jump in. Full credit for any work you do will be given. On a good note, we have made...

Eye candy, news and our plans!

New screen-shot's within the game and a few incites into what we are planning. 28CL has made a lot of progress in terms of graphical content and now we...

Rampant Studio's updating everyone on the current progress of 28 Carrots Later along with giving a few hint's of what's to come!

To show how we are progressing over the last few weeks, I've decided to post up some concept art along with descriptions of what they will do in-game...

What we are working towards making, I released this to get some kind of critique on it so we can improve and refine our ideas. At the moment this is kind...

Rampant Studio's brings you a working alpha of the game "28 Carrots Later", please bare in mind that it's working to a certain degree but be aware that...

Pretty much, artists ditched me with the project :/

if he's gonna say that every time he jumps, it gonna drive me crazy...

I didn't even have to play the demo to tell this game will look epic.

Finnaly got on here, what;s up

Your Icon is the Cover from Twillight (a apple) XD I love you guy!

it is? I thought we just had a rabbit :D