When we were working on the game environment, we’ve decided that every dimension needs to be unique, so that player won’t get bored with repeatability, but will also need to adapt to new surroundings. 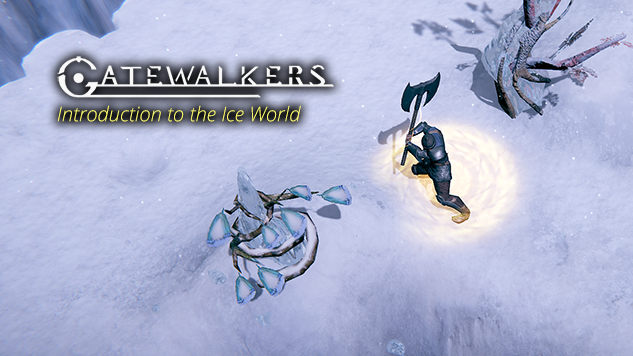 Players love to challenge themselves. When it comes to reaching a peculiar goal, like getting the highest rank or collecting all the achievements, players are able to get to the heights of their abilities in order to get the desired trophy. However, it’s not only about winning the whole thing - it’s more about the process that’s needed in order to succeed. The satisfaction coming from realization, that you’ve made it all by yourself, with your own skills is.
When we were working on the game environment, we’ve decided that every dimension needs to be unique, so that player won’t get bored with repeatability, but will also need to adapt to new surroundings. Every world brings new challenges, and survival in each of them requires a different tactic. We’d like to introduce the whole idea with our concept of an icy world, in which the survival mechanics are based on body temperature.

Locations with an ice theme always give creators a chance to introduce new features, that’ll diversify the gameplay. However, most of the games, literally, use ice as an obstacle, and the player needs to learn how to profit from it. We wanted to go a step forward and make every aspect of winter a challenge to deal with. First, compared to the forest or toxic world - ice is much different when it comes to terrain. There are lots of chasms and plateaus, and it's impossible to get through any of them since they're unimaginably vast.

Secondly, in order to survive, players should craft warm clothes, eat adequate (fat) food and use heat sources, like campfires, to warm themselves. Players will need to pay attention to more than one aspect to face cold: what’s the temperature and how does it change, whether they are dressed properly and - if not - how to deal with frostbite that causes them to be more vulnerable.

Thirdly, we’ve prepared special events that will distract the players, and also force them to change the direction of their mission. One of them is a blizzard - incoming snowstorm means, that players need to find a shelter since it’s too dangerous to stay in an open field. It will destroy every campfire and tent, so it’ll be best to find some sort of cave or build a proper shelter. It will take some time, however, blizzard anticipation doesn’t mean that players only wasted their time. For a short period of time, after the snowstorm, some unique resources will appear, ready to be collected.

All of those mechanics combined, create a feeling of travelling through actual ice world. It is full of surprises, so players need to be prepared for every unforeseen circumstance.

But there’s more than just environment - the inhabitants of the ice world have adapted to their climate perfectly. Their survival abilities make them one of the most dangerous enemies for frozen players. Allow us to introduce them: 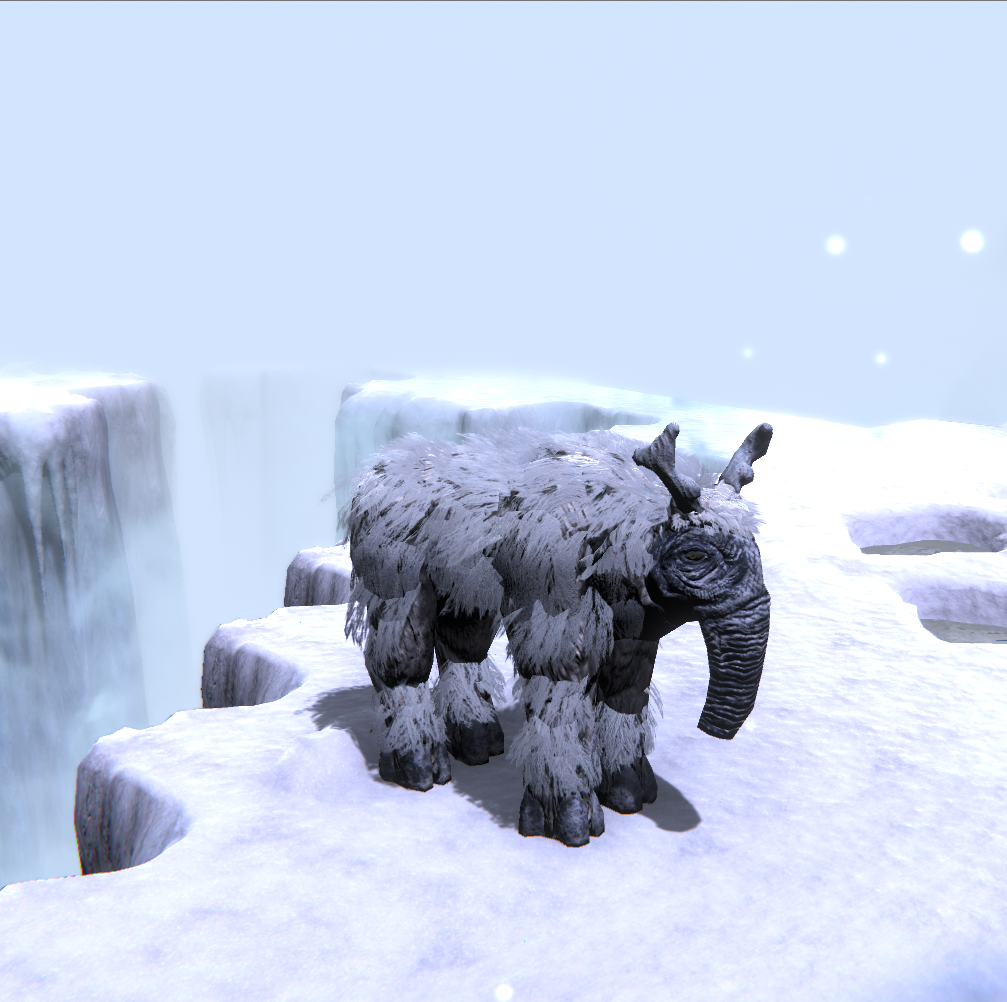 Tanaraq is one of the largest animals, players will find in the ice world. It’s one of the best fat, meat and sturdy leather source. However - just because it looks like easy prey, doesn’t mean it will not fight back. They’re strong enough to trample their hunters. 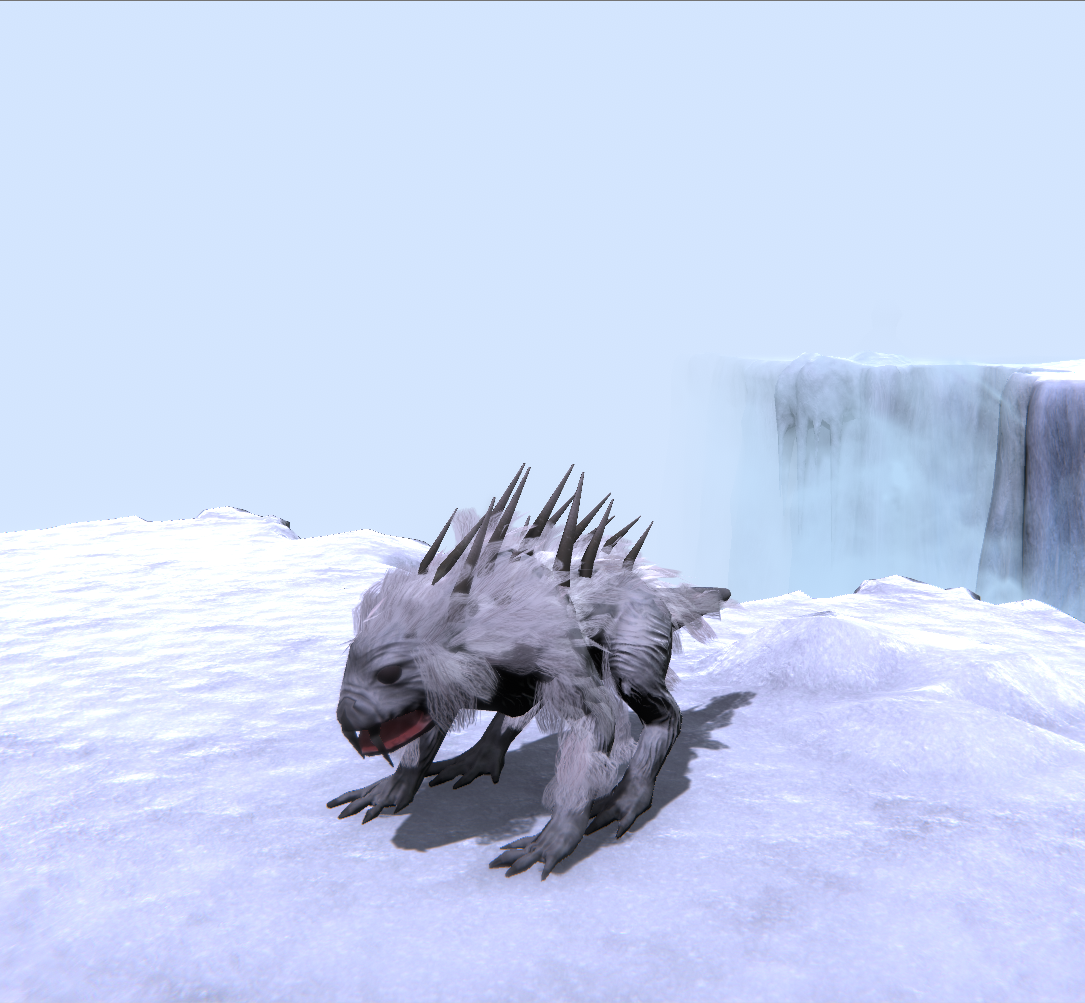 Nilak might be small and cute-looking, but when it comes to facing them in large groups - they can be very challenging opponents. Their main ability allows them to merge and transform into way larger, more fierce opponent. And huge Nilak is something, that you don’t want to cross your ways with.

This is how the new world looks like. In our opinion - venturing into uncharted Ice World will bring a lot of new challenges to overcome, but will also be fun for our players.
Actually - you can try it yourself, during next alpha event, that will take place from 26th to 29th March 2020! Atmosphere might be a bit chilly, but we warmly invite you to join us there!