Modern games have taught us that there is a certain way our characters develop. There are some differences in how they obtain skills, but it's all about teaching the characters, not the player. 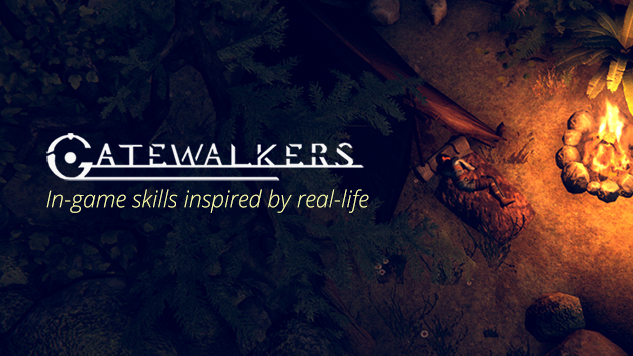 People are not born with skills. Not even with the basic ones. We all have to take time to learn and master them for future use. Some individuals come into this world with certain advantages that can speed or help the process, but they are in no way ready-made abilities. This real-world fact serves as a basis for the skill upgrade system in Gatewalkers that will be both familiar and challenging at the same time.

Modern games have taught us that there is a certain way our characters develop. There are some differences in how they obtain skills, but it's all about teaching the characters, not the player.

Let’s take the Pokémon series for example. Our lovable pupils learn new attacks as they level up, and achieving mastery of those techniques takes no time for them. They just know how to use them to their fullest. Moves obtained by the use of Technical Machines (TMs) are even more notorious – Pokémon cannot learn them on their own, they gain them with our help. The only effort required from the player is making the decision on which of their pets will they use the TM. In the early games, that decision carried some weight, as TMs were single-use, but modern iterations of the series lifted that limitation with the arrival of the fifth generation in back 2011 (or even in 2010 in Japan).

The same goes for the Fallout series (well, the entries made by Bethesda, at least). We traverse the wasteland and grow as a person, but our skills aren’t exactly related to what we're doing. Sure, we learn new things, but our mastery is in no way tied to that experience – we know some things because we arbitrarily decided that we should know them and often are more skilled than the story would suggest we are at any given point. Some games strive to provide us with a proper explanation for the skills, and one example of such a game is Fallout 4. Our protagonist, the Sole Survivor is either a war veteran or his wife, who probably picked up a few weapon skills from the hubby. Even better skill acquisition system can be found in the infamous Fallout 76 – there, you cannot use advanced weapons without going through some hoops. First, you need experience with a simpler, but similar armament, then you have to find a proper blueprint, special materials and knowledge related to the weapon.

And then there’s Gatewalkers – our very own game and our very own approach to learning, that includes… making mistakes and learning from them. You can miss attacks, but at the same time learn how the enemy behaves and what their strategy is so that you can get better at placing those attacks. Your own experience is the journey between worlds, so we will not introduce any shortcuts that might undermine it. That means no shortcuts in learning skills either.

To grow and succeed, your character will need to work, and work hard at that. If you encounter a new, extremely powerful monster on your way, you might need a new weapon to beat it, let’s say… an axe. How do you get one? Do you hunt weaker enemies, hoping that one of them will drop one? That’s how games work, after all, right?

You need to make one. What? You have no clue how to do it, because no one has ever taught you the mystical craft of axe making? Well, you need to find a blueprint, so get a move on, and remember: that’s just the first step.

Weapons don’t appear out of thin air, after all, so you need to gather the proper materials and that means, you guessed it, you’re going on an expedition to find those resources! And then…

You thought we’re going to the monster killing step from here, didn’t you? Do you even know how to use an axe? Have you trained with it? No? Try and guess where we’re going with it…

We think about skills in video games the same way certain Swedish furniture brand thinks about their products. You get the pieces, a manual describing all the steps, and you need to work to make something useful. At first, it will be rather hard, and you will probably have some difficulty with every new desk, table and cupboard, but the reward for learning the necessary skills and doing the work is rather great, isn’t it? When playing Gatewalkers you will assemble a lot of stuff – weapons, armors, tools. Do you think it would be fun if you built them perfectly the first time around?