Black Powder Red Earth is a turn-based small unit strategy somewhat in the XCOM mould where you control a “kinetic element” of four PMCs as they take part in various raids and missions against insurgents.

Posted by turnbasedlovers on Nov 4th, 2021

It’s probably worth stating this before you read any further that this game deals with some rather dark themes and could be triggering so please bear that in mind. Generally speaking, the game takes a mature attitude towards these themes but they are found throughout the game and in this review.

Initially, the gameplay rather resembles that of XCOM or your classic squad-based turn-based game. You have a small troop of soldiers who can take two or three actions per turn. This can be any combination of shooting and moving. Your highly-trained PMCs tend to hit more often than not and in Black Powder Red Earth one shot is all it takes to put any target down for the count. 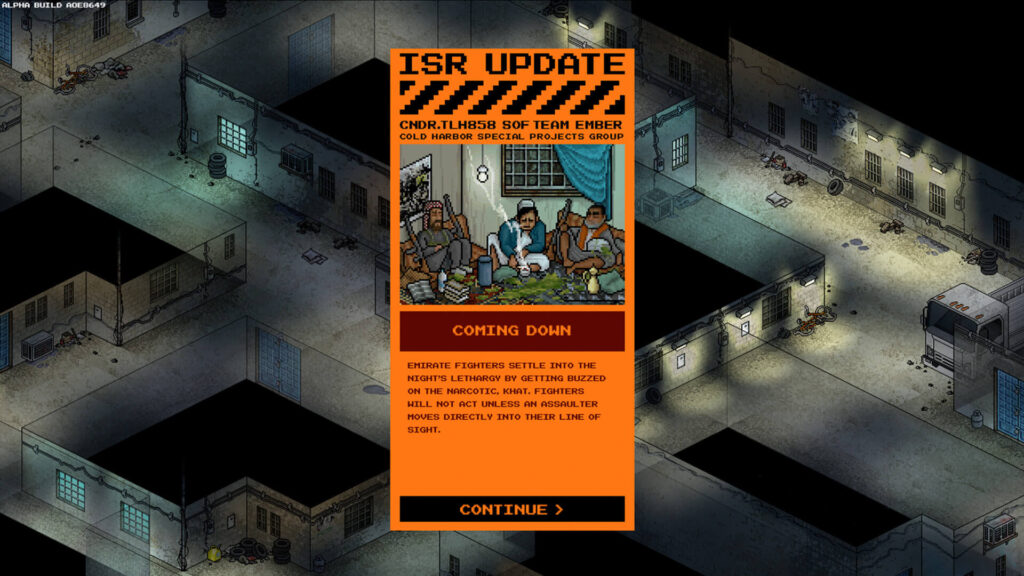 As you traverse the map, you’ll search buildings uncovering enemy checkpoints, hotels, and electronics shops, as well as the High-Value Targets (HVT) that you’re looking for. At this point, you can enter the building and kill/capture your target either using flashbangs to disorientate the enemy or you can enter and use stealth. There are other fiercer options.

Stealth is a key component in the game. There’s no way to win a military victory, if you kill everyone, you’ll just end up with more enemies to fight. Once you’ve gotten to your objective, an exit sign will light up and you need to guide your element, plus any characters you need to rescue, to the exit and the mission will end. 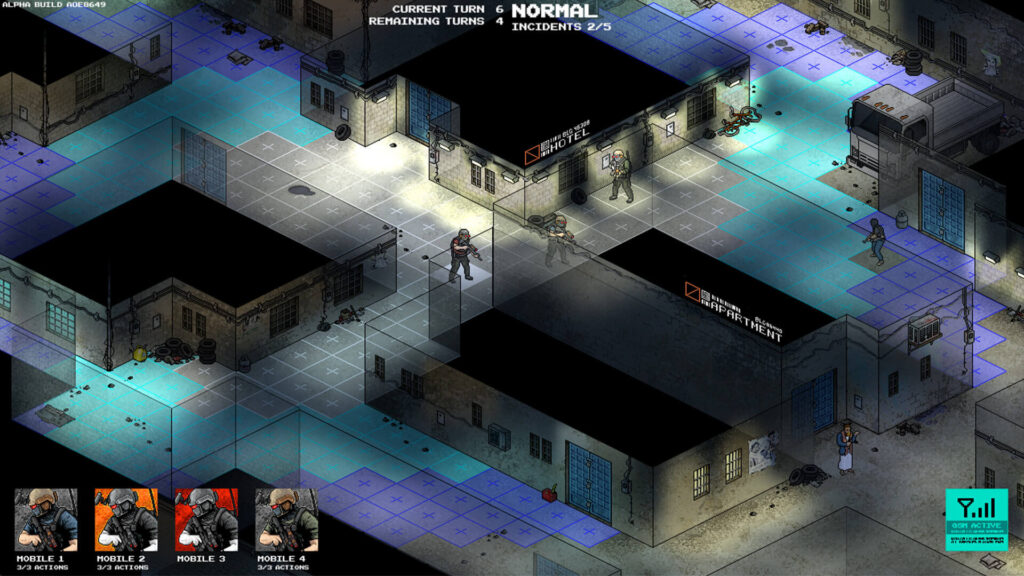 If you kill people or make a racket, you’ll quickly raise the alert level which will see more and more enemies converge on you. When things “go loud” due to shots fired or drone strikes (more on those later) you’ll be compromised and floods of bad guys will rush over to shoot your tiny team to bits. One shit is instant death and before long you’ll be losing men left and right....