This latest update brought a much needed rework on several systems while also laying the foundation for upcoming systems such as Light Probes, Baking and Day/Night Cycles!

This latest update brought a much needed rework on several systems while also laying the foundation for upcoming systems such as Light Probes, Baking and Day/Night Cycles! Skyboxes are now significantly more optimised, and approximately 2500 lines of duplicate/redundant code was removed from the project. Model LOD was introduced to allow for more optimisation capabilities for the artists along with lots of minor bug fixes.

Starting with the most anticipated system that came with this update, Model LOD’s are fully supported up to 5 levels of detail. You can complete control over the distances between the camera and the object required before different levels swap out. Smooth blending has also been added as an optional setting which helps remove the ‘popping’ effect that many games suffer from, and instead of a simple fade between stages, you can choose to use a dissolving filter instead to create a less noticeable transition!

One problem we found from our previous experience and looking at other project, is exporting lots of separate LOD files for each object is a time consuming experience and results in a rather messy project folder. We have addressed this issue by allowing Bright Engine to detect the LOD levels of a model from within a single model file, so you only have to export it once and Bright Engine does all the rest!

The other addition made in this update was the skybox rework. Visually the results are identical, however in the backend, the system is drastically more advanced. Memory consumption has been reduced by approximately 10% and loading times have been reduced from around 4 seconds to almost nothing! In the next update, the skybox is going to be getting another upgrade with the introduction of a room system, but we’ll talk about that later. 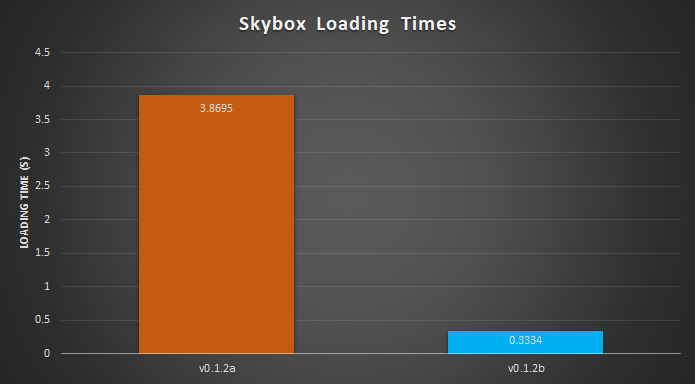 One thing which we try to ensure is code quality, and going back through some of the older systems when working on Skyboxes, we found some pretty horrific stuff in the rendering code. We successfully removed just under 2500 lines of duplicate code that dragged performance down for literally no reason. We are positive that there is bound to be more redundant code scattered throughout the project and so we will continue to be hunting it down and eliminating it!

We also took a look at zone switching and found some nasty memory leaks that managed to go undetected for quite some time, these have been sealed up. It was actually quite fortunate this happened because it lead to us also discovering a bug where textures for 3D models were being loaded twice! (yes we fixed that too).

Alpha blended objects also finally work once again! This bug has been present for a long time and we thought it was about time we addressed it, so Blending alpha works perfectly and rather efficiently too! 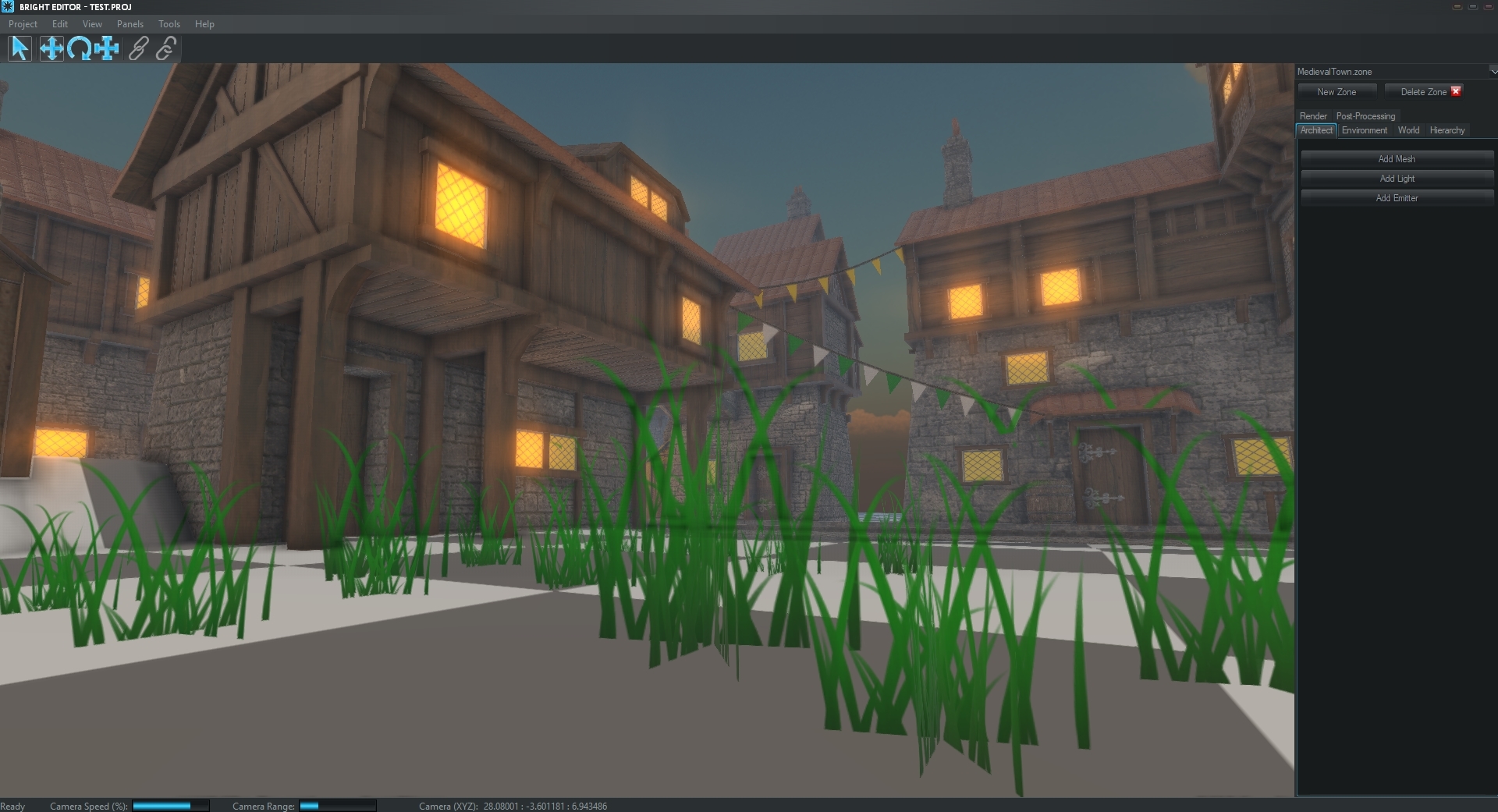 There were some small general tweaks with the UI, making it a more responsive and make it feel less clunky. We also switched from Right Click Select to Left Click Select, upon community request. We do intend to add an options menu in future where you will be able to set your own keyboard and mouse shortcuts to use. 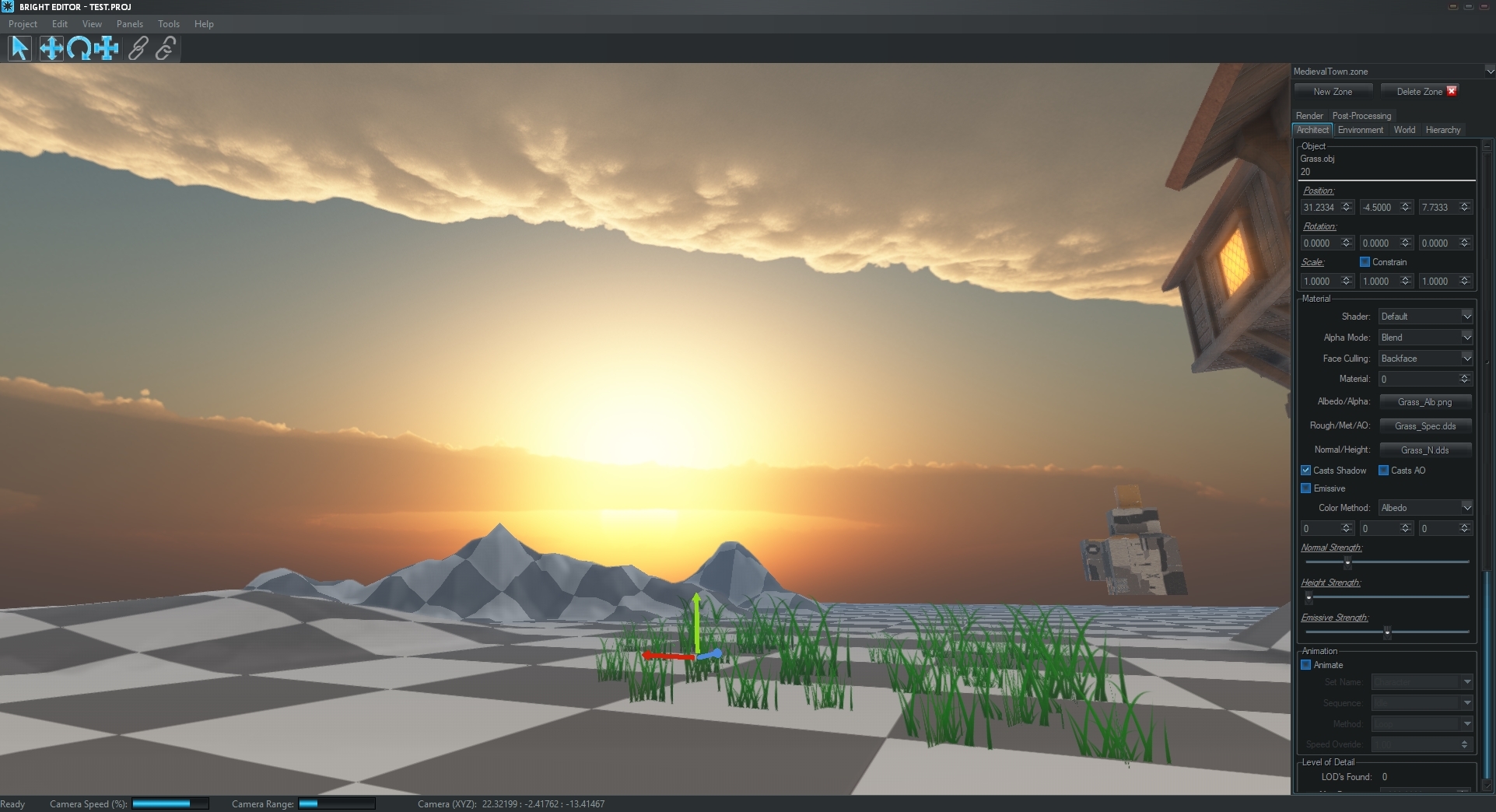 With this performance patch out of the way, we will be working on the last piece of the 0.1.2 patch series. The introduction of Rooms. Rooms will allow you to set the environmental settings of each zone in specified areas. For example if you character enters a swap, you’d want to adjust the fog settings and ambient lighting to help create a damp darkish environment rather than being stuck with a single collection of settings for an entire zone.