Companions will remain blissfully happy despite personality conflicts with this optional add-on installed. They will still complain and trigger the relevant dialogues, but it won't actually affect their morale.

Install over one of the 3 full install versions of VC Balance Mod 11.0 available here at ModDB 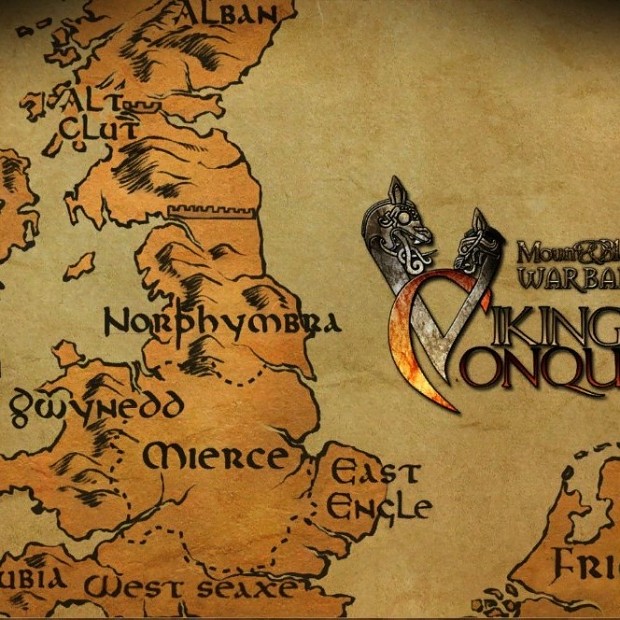 While companions will still trigger their personality conflict dialogues, they won't actually get upset when this file is installed, so don't worry about still getting the dialogue messages.

In the spirit of shameless self-promotion, and on the general theme of happy companions, here's the Hooded Horse Team page: Hoodedhorse.com

Balance Mod 13.0 is close to being finished, and looking for people interested in playing and giving feedback on an advance version (available for download on the Discord: Discord.gg ).

A few examples taken from the changelog:

Unique bodyguards recruited by some 40 lords (Harald Fairhair gets his berserkers from the sagas, Alfred the Great gets some of the reworked infantry old captain, many norse lords get vikingr from their place of origin, etc)

Tournaments reworked (each of the 21 factions has a unique weapon loadout creating a different tactical experience and reflecting cultural tendencies, 50 tournament reward prizes including some artifacts newly added to the game and unobtainable elsewhere, very rare chance of a visit from one of 4 deities (Odin, Freyja, Loki, Thor) after a victory giving a bonus)

- Britons get tier 4 and 5 elite cavalry to go along with some general strengthening of the line (Briton military weakness is now reflected in the AI troop recruiting tables, not the units themselves, leaving the Briton player the chance to revive their glory without feeling like they are using subpar units).

- Norse troops can now “go viking” and upgrade to vikingr at points (increases the ship sailing speed boost and comes with more immediate power at cost of higher wages and less long term potential), with an integrated line including berserkers and ulfhedinns (reworked to differentiate between the two) and ship captains (now with a special x4 ship speed bonus), and full line of warrior archers (old norse warrior archers gets a tier 3 lesser version underneath, and two tier 5 upgrades taking different paths), along with a tier 5 upgrade added to the tier 4 dane axe warrior.

- Swedish troop tree introduced (accessible through mercs/vikingr only), including a final upgrade possibility to Varangian mercenaries (ie, Swedish from Kievan Rus) riding 2 new horse models of large ponies/stocky horses (more maneuverable and tougher than normal horses, but a little slower). Varangians very rarely show up in mercenary pools in Norway and Denmark only. Somewhat inspired by the Varangian Guard forming in the Byzantine empire around this time (if Varangians went south to become mercs, why not west as well) and borrowing from later records of how Kievan Rus military often worked (elite mounted bodyguard supported by local levies)

- Newly added Danish and Norwegian mercs appearing in taverns throughout map. Vikingr are sometimes also available for hire in Norway and Denmark (local warriors looking for a captain, and helps balance the previously added polarized religions by allowing pagan players to have stronger recruiting in the home regions of Denmark and Norway).

- Female warrior line increased in strength greatly by addition of tier 4 and 5 units. Equipment and appearances reworked to be a mixture of all cultures rather than anglo/saxon focused (since they are player only and can be recruited from any location).

- Irish get a tier 5 sword/javelin skirmisher and a new tier 4 warrior inserted before the champion, upgrading the champion and pushing them out to join their mounted bodyguards as branching tier 5 options. Picts get a tier 5 crossbowmen and their special hornmen at tier 3 upgraded to be better javelin skirmishers, and then the standard bearer moved to be an upgrade to the hornmen.

- Saxons get some chance of mail armor at tier 4, and new tier 4 and 5 long axe wielding (1.5 handed) troops for breaking shields (lower wages and faster upgrades than normal bodyguards).

- Angles get some chance of mail armor at tier 4, and new tier 4 Northumbrian Mercenaries and tier 5 Captains (very skilled spearmen, but very expensive, as they are mercenaries, and somewhat worse armor than mainline spearmen), representing the disarray in the area and displaced warriors, and harkening back to anglo saxon mercenary past in arrival in Britain.