Windows ­32-bit version of the Persistence of Vision Ray-Tracer (POV-Ray) that creates three-dimensional, photo-realistic images using a rendering technique called ray-tracing. It reads in a text file containing information describing the objects and lighting in a scene and generates an image of that scene from the view point of a camera also described in the text file. 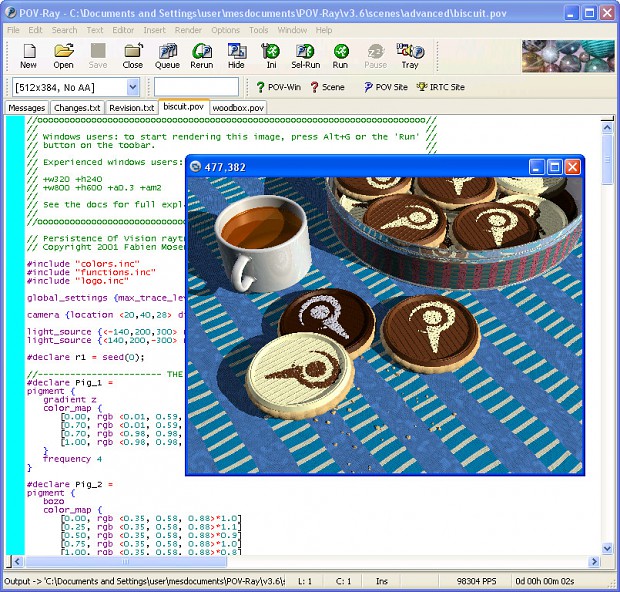