Neon Wars lives! After the last uploaded version (0.9.2 beta) released in 10/10/2017, more than a year ago! I kept developing the game for a little more until I met a full stop on November 13 of that year... And it was never touched again, ever. Left to die, I always had Neon Wars in my projects folder, I rememnbered it from time to time, telling myself that it was a small but cool project, but it wasn't until March 31 of 2019 (3 days before writing this!) that I reopened the project, mangled around a bit, and saw I had developed some cool things, fixed bugs, added stuff, etc. And with my new experience from those 1.5 years of developing another project, I decided to release this lightly changed version to the public. I fixed more bugs, glitches, and added some cool stuff I thought would help the game be better in some aspects, until I finished polishing it, and finally had a decent version to release, and leave this project again, for now, enjoy the most complete version! 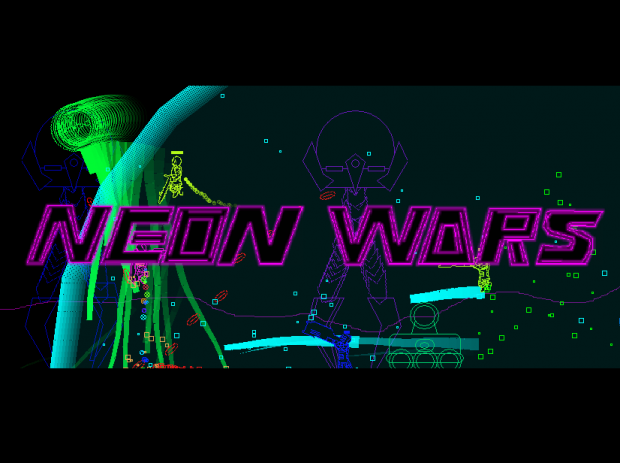