The best independent video games.
Retro-style Collector's Edition boxes
with all the goodies. Delivered to
your door - every month.

We’re excited to announce that our third IndieBox is FORCED by BetaDwarf. It’s a real fun four-player tactical arena co-op with some clever puzzle mechanics. Definitely harkens back to games like Gauntlet. It’s a great game and we’re proud to have it join the IndieBox Family.Included in this month’s box is all of the following: 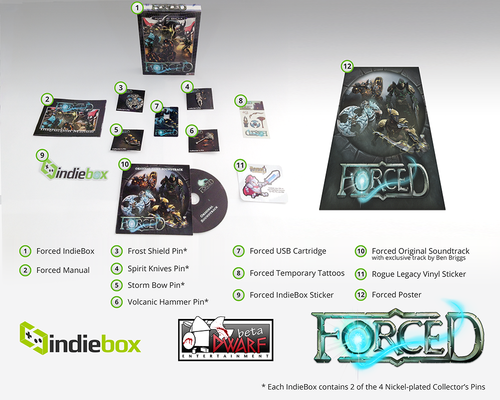 You can pick up a box for yourself over at our Shopify store now!

We're also very pleased to announce that Freedom Planet is the winner of our July "Game to Watch" award! Freedom Planet is a combat-based platform adventure that pits a spunky dragon girl and her friends against an alien attack force. It has a phenomenal art style and is non-stop action!

August IndieBox subscriptions sign-ups are open until July 31st. For more information, visit TheIndieBox.com and join the IndieBox community on Facebook at Facebook.com, and Twitter,Twitter.com.

We are proud to announce that this month’s featured mystery game is Escape Goat 2, created by MagicalTimeBean and published by Double Fine Productions. Escape Goat 2 was one of 2013’s PAX10 winners and received the Director’s Choice Award at Indie Prize SF 2013. MagicalTimeBean has been an absolute pleasure to work with, so we feel honored to have them join Rain Games as a part of the IndieBox family! 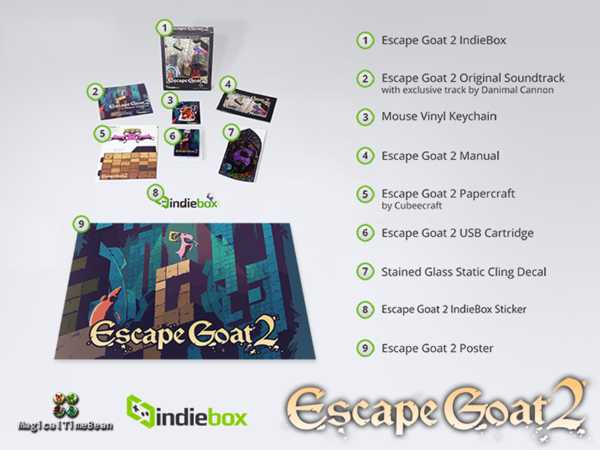 Included in this month’s box is all of the following:

Check out our Partners for the May IndieBox!


Hi IndieBoxers! We've got some great partners to share with you about your May IndieBox. As always, our partners will ALWAYS be featured in a way that offers something awesome in your box, so rest assured, we are going to find the best stuff that you'll love!

If you are new to IndieBox, we are a subscription service that finds the best independent video games and create collector's edition boxes (yes, a REAL box) and delivers them to your door every month. We believe that holding the game, opening the box, and exploring the contents inside, is a lost art. We're packing every box with a full-color manual, USB game cartridge, soundtrack CD, game poster, collectible buttons, and more.

Let's get to those awesome partners we mentioned!

Australian-based video game developer, Powerhoof, has provided exclusive access to the Game Jam prototype that inspired their upcoming game, CRAWL, in the May IndieBox. The game has recently gained the attention of the gaming community for their latest trailer, of which Kotaku.com calls “the best trailer of 2014”. 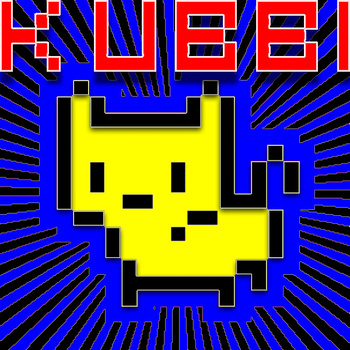 Kubbi, the popular Norwegian chiptunes composer, has created an exclusive bonus track for the May Indiebox soundtrack CD that has been inspired by the games’ already incredible score. Kubbi is a regular contributor to popular compilations such as Chiptunes = WIN and has helped raise funding for individuals diagnosed with cancer through Chiptune + Charity.

And last, but certainly not least, IndieBox has also partnered with IndieDB.com to feature up-and-coming indie games in a monthly award showcase in the IndieBox. The recipients of these awards will be taken right here from IndieDB.com!

The May IndieBox is available for subscriptions until Friday, April 18th.
Get yours now at www.TheIndieBox.com!


About IndieBox
IndieBox is a monthly subscription based service geared towards providing a physical distribution for independent video games with retro-style collector’s edition packaging. The monthly games are purposefully kept a mystery to recapture the nostalgic luster of purchasing video games before the information age of the internet. The monthly IndieBox features original box art, full-color instruction manual, unique USB game cartridge with case, CD soundtrack, game poster, stickers, and more. Each game is Windows, Mac, and Linux compatible.