At Quantum Forge we bring friendship and skill together. We are an indie studio focused on creating games that we can be proud of. Quantum Forge has a varied array of talents, personalities and gaming talents. We believe it's our duty to invite you to play our games and step into a reality that is beyond your expectations. At Quantum Forge, we build for you.

Quantum Forge was founded by Andre Doumad and Glenn Lusk in September 2013. We grew up as gamers and realized that video games play an important role in modern society. Our passion for and knowledge of games empowers our shared vision for the future of gaming. 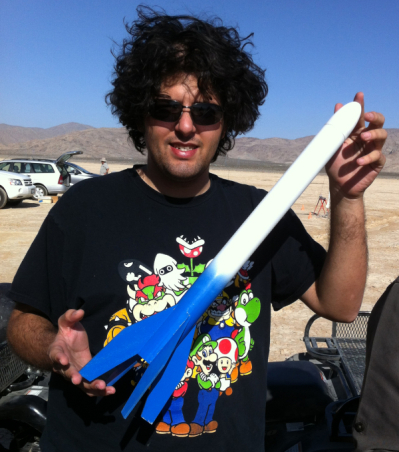 Passionate, analytical, versatile, game developer, who operates with conviction. Andre is the lead programmer and taskmaster at Quantum Forge. Nothing escapes his eagle eye. His philosophy in the construct of video games is that gameplay mechanics precede everything else. Find him surrounded by machines at work, diligently constructing prototypes, sharing new team objectives and, ensuring that team deadlines are on target. He's a fan of object oriented computer languages, computer hardware and gaming culture. He is always working to keep Quantum Forge ahead and on the right course. His catchphrase is, "Just hold on and let's work this out" ("it" being systems we thought impossible to implement). Andre enjoys bowling and fishing. 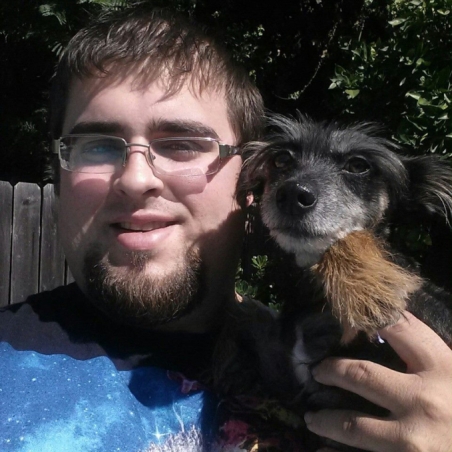 Glenn Hunter Lusk is our creative and social director. He grew up as a console and arcade gamer, with access to discarded retro computers and games. Gaming and reading have been a guide in dark times and a connection to others in good times for Glenn. He believes that games have a value that has yet to be fully explored in telling a story and engaging the senses. Besides playing and analyzing games, he has spent much of his free time writing, reading, and coding. Glenn is taking a hiatus from IVC as a Political Science and Philosophy student to build Sol Avenger. The challenges of developing and learning how to be an effective developer invigorate him. Aside from designing games, telling stories and engaging with people, Glenn also enjoys fishing, reading and almost anything having to do with a computer. His fresh caught rock fish tacos with orange, cilantro and tomato salsa made from the herbs and fruits of his garden are to die for. 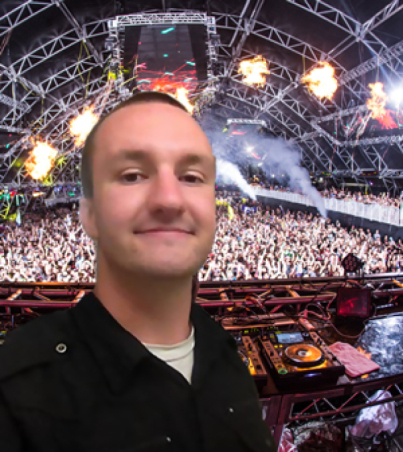 Ransom Sammons is a composer at Quantum Forge. He started learning music theory at a young age. He joined many bands as he grew older, playing a variety of instruments. He had always enjoyed collaborating with other musicians and being exposed to varieties of musical styles. Ransom was playing in his own band when after high school he responded to the call of duty and joined the USMA at West Point. His instructors at the academy saw his talent and asked him to play in a cover band to promote recruitment in New York. He was deployed, and returned home in 2012 due to medical reasons, a serious injury. Ransom felt musically stifled upon returning from combat, but his sister reignited his passion with electronic music, a genre of music he had always been particularly biased against. In 2014 he met Andre and Glenn, and they shared a vision of a sci-fi shooter with the kind of action and digital sounds that pair classic arcade music with modern electronic music. Where his other endeavors were merely a pursuit of his love for music, Ransom says he has found his home in the fast paced challenging world of game design, and we are excited to see where his energy and creativity take us. 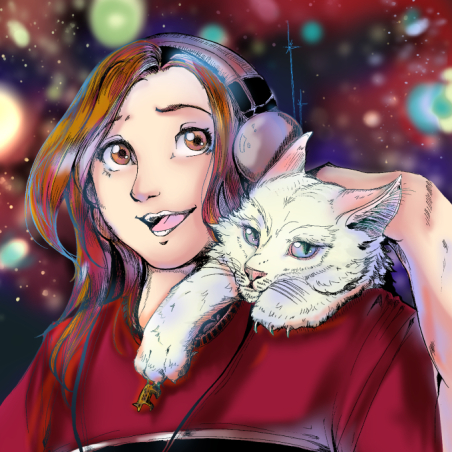 Sasha Turk a.k.a. "Pacific Snow" majored in Anthropology from UC Riverside. She also studied general business and economics for two years before switching majors. Alongside Anthropology, she used her remaining credits to study sociology, Japanese, biology (including genetics and entomology), and creative writing, particularly metafiction. She has also has been trained professionally in music from her father and John L. Worley Jr. as a trumpeter and in music composition. Video games have always been her favorite pastimes and her career goal - she has played them since she was ten years old and has wished, since high school, to be a video game director. Other inspirations include science fiction, war, and independent movies, anime, books, music, philosophy, theoretical physics, and her old cat, Beau "Fabio" Turk. She enjoys analyzing and conceptualizing techniques and executions in other mediums as practice for her own work in art. Native from the bay area, and born in San Francisco, she naturally loves the Pacific Ocean and the heavy fog from her little hometown of Pacifica. Due to her fiancée' job as a teacher, she recently moved to Southern California. Her favorite teams in the whole world are the San Francisco Forty-Niners and the San Francisco Giants. She also enjoys avocadoes, eggs, eel, ramen and cupcakes.

Diana Le is well versed in game and simulation programming and design. Her passion for games has led her to create art with an unapologetic and unimpeded vision. Her uncompromising and steadfast design principles have guided us on our projects towards improvement of the artistic vision and the quality of the gameplay that our products offer. She drew some of our first original concept sketches, and inspired us to see beyond the arcade elements to realize how much further we could take Sol Avenger. Currently she is training under an industry professional to help handle the 3D workload here at Quantum Forge. She is our den mother and is ready to bring cookies, brownies, and giant homemade oreos with her to late nights of development! 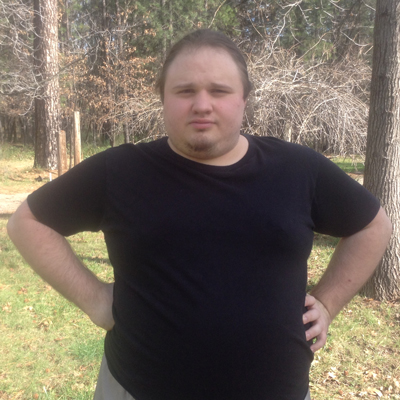 Fred B-C is a freelance writer and long-time friend who has thrown himself into the Sol Avenger project with aplomb. He is a published short story writer, is working on several novels and screenplays and has several blogs, and is an inspirational speaker and writer. He has a degree in Sociology from the University of California, Davis. He is passionate about a host of issues and has a design philosophy for video games that emphasizes empowerment, gameplay, heroism and real themes communicated through a skillful combination of story and mechanics. 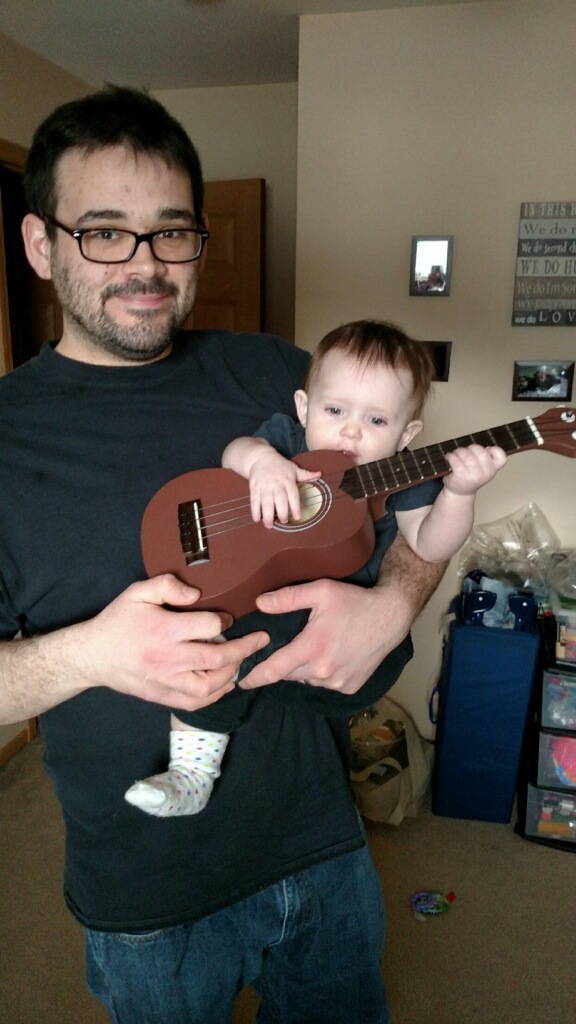 Jim Cassidy has been a musician and composer for nearly 20 years now. Hand him any instrument and he'll be playing it naturally by the end of the day. Jim is a self-admitted music snob, which is fine with him because he knows he's right. When he's not writing songs and playing in bands he's spending time with his wife Annie and their 1 year old daughter Lily. 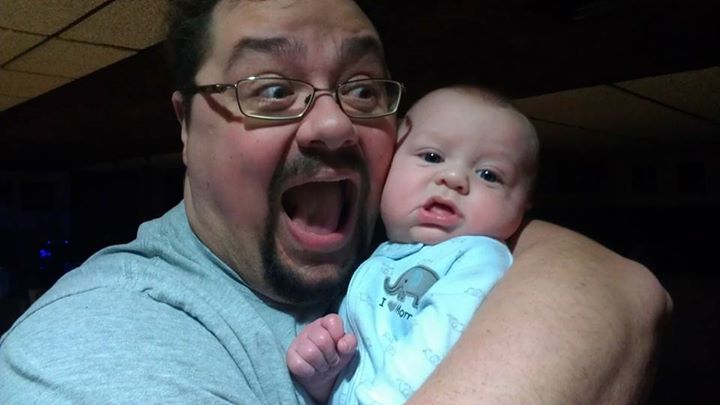 Tim Cerny is our lead audio engineer & sound designer. While his degrees are in computer science and business, he has spent the past 10 years working in a recording studio on movies, commercials, and of course games. When he's not spending an unhealthy amount of time on the miniscule details that make things sound good, you can probably find him spending time with his wife Andrea and 1 year old son Archer. 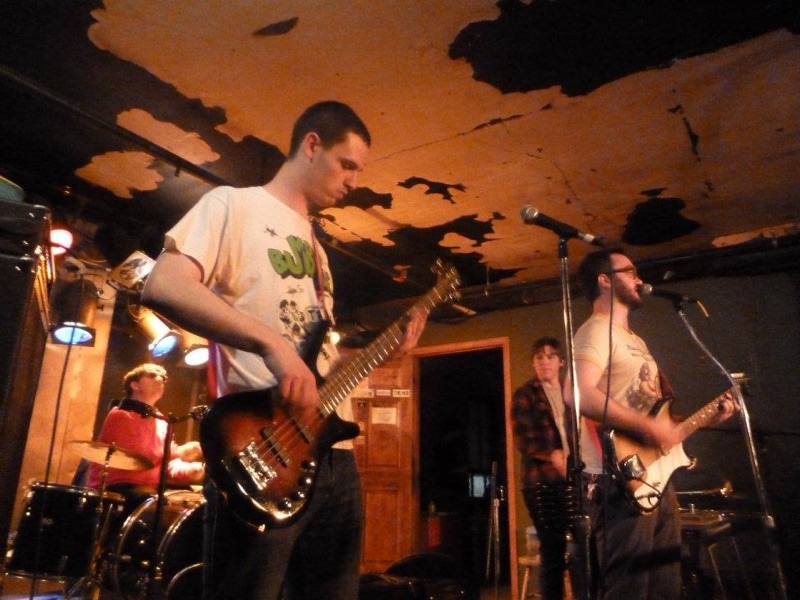 Nate Hahn has been playing musical instruments since he was 5 years old. He majored in music in college and is a master of MIDI orchestration and virtual instruments. Nate has played in a number of bands that have taken him from a cruise ship all the way to South by Southwest.

A fully realized 3D space sandbox shooter where the player defends our galaxy by repelling the sinister Bivalvian invasion and preventing the alien forces...

Founded in 1993 and headquartered in Moscow, Akella has become a leading developer, publisher, and distributor of PC console games and multimedia products...

We are Machine Bear. A Indie Brazilian company, responsible for the development of games for Mobile and PC. We are willing to make high quality games...

Founded in 1979, Activision are a worldwide publisher. One of the largest in the world, it has published games such as Call of Duty, Quake and Guitar...

eye3ware is a small development company in Cologne, Germany. We make games for pc, mac, and iOS. Meet us on Twitter: @eye3ware

Founded in 2005 as "Johann Ertl HRMC Management", the Homegrown Games label was introduced in 2006 and released its first game "Robert D. Anderson & The...