At a castle deep in a forest in southern England, the exact location of which is unknown, a scientist secretly worked on his creations. After being recalled into Central London to the Horzine facility the castle became abandoned. Little is known from there on in, what is known is that it seems to be the source of the local outbreaks. The first wave of our forces are MIA [Missing in action] and the whereabouts of their chopper is unknown. It is your job to retake the castle and eliminate anything that moves. Deadly force is approved. If you fail you will be classified MIA and contaminated. 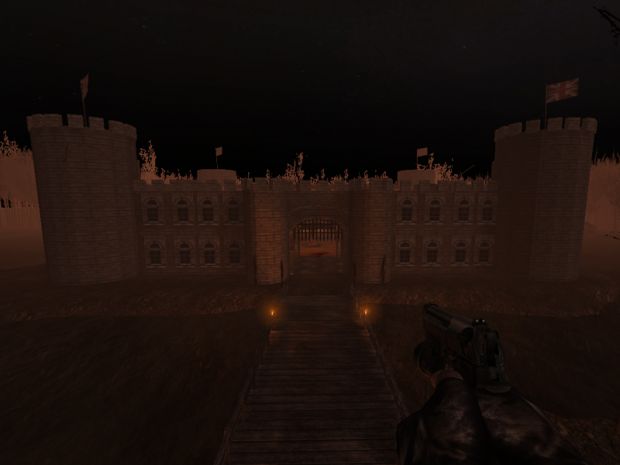 Clearly a lot of work has gone into KF-CastleAvernusV1. Adding all of those pathnodes must have been a real test of patience.

I particularly like the 'you know where' area. I got a bit of a shock when I entered because of the contrast.