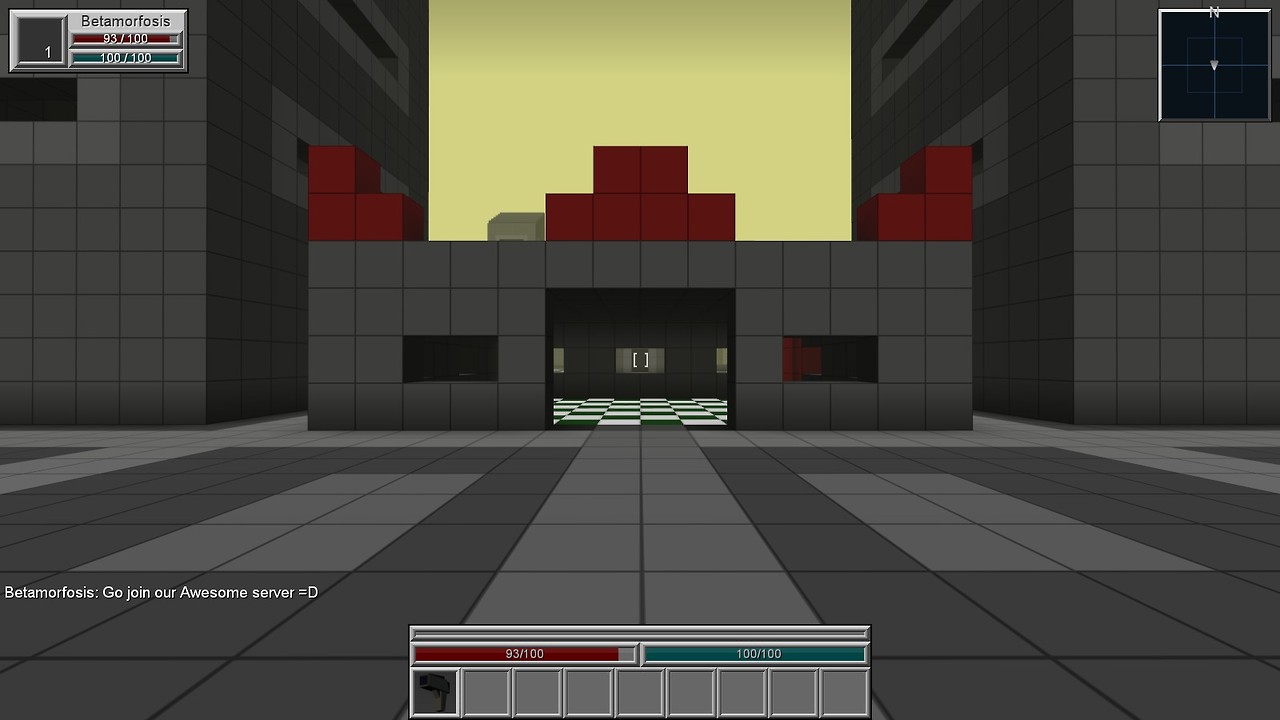 Hey guys! We launched few hours ago a public cube arena server. Thanks to the new loading/saving system, we can now build giant structures in multiplayer and share them to other players.

You can join our server by clicking here and following instructions. We hope to see you guys ingame!

I'm not an amazing builder, but I will play arround as often as possible, and see players constructions.

And if you also run a public server, please send me a message (and screenshots if you can), I'm really curious to see other servers.

Are there different sized blocks?

You can create a sized block using Cubik, but it's still a work in progress.

Awesome, I'll be keeping an eye on this as well!