A list of goals that the project needs in order to get to alpha stage.

Hello everyone, the project is on pre-alpha at the moment and for it to get to the alpha stage it need to at least have some basic playability. And for that here i will list all the things that the project need to start to look like a game.

A first basic tutorial is on the game since v0.008. 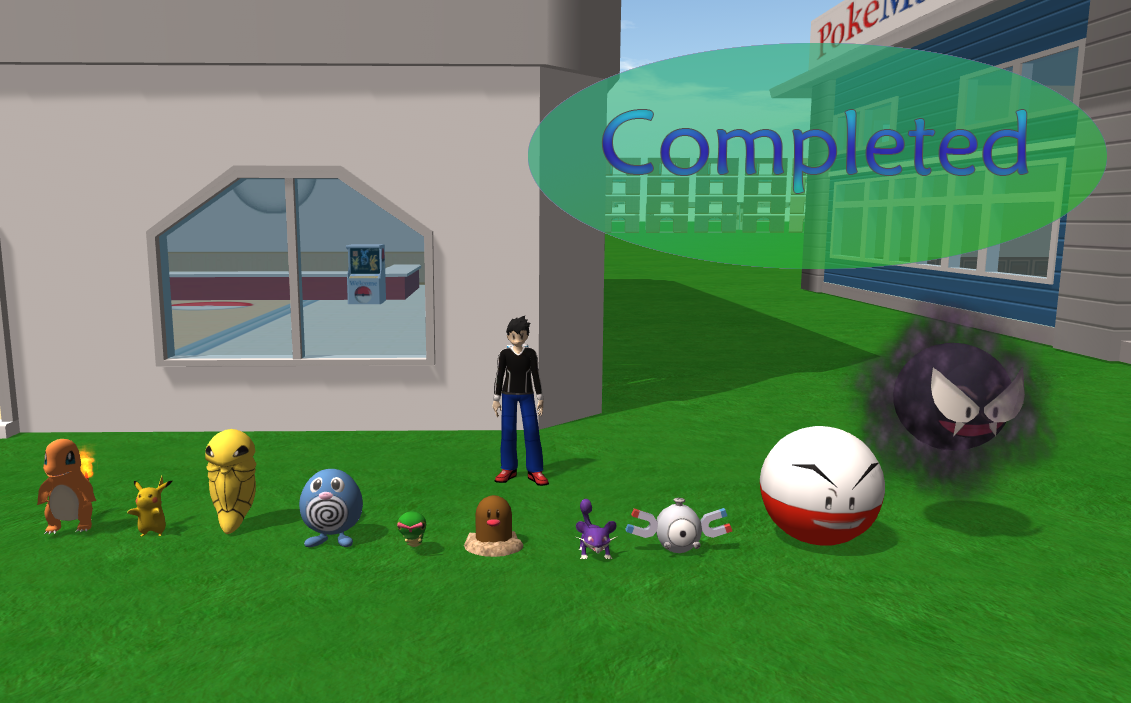 (Some are missing some animations but they are working.)

Each Pokemon must have at least 4 moves

As for today i have 10 moves working:

This moves are just like in the game they have type advantages and disadvantages skills like harden and project add stats just like in game with stages like on stage +1 it gives 150% ,+2 200% and so on they use energy, but that energy system is not balanced that will be added after alpha. 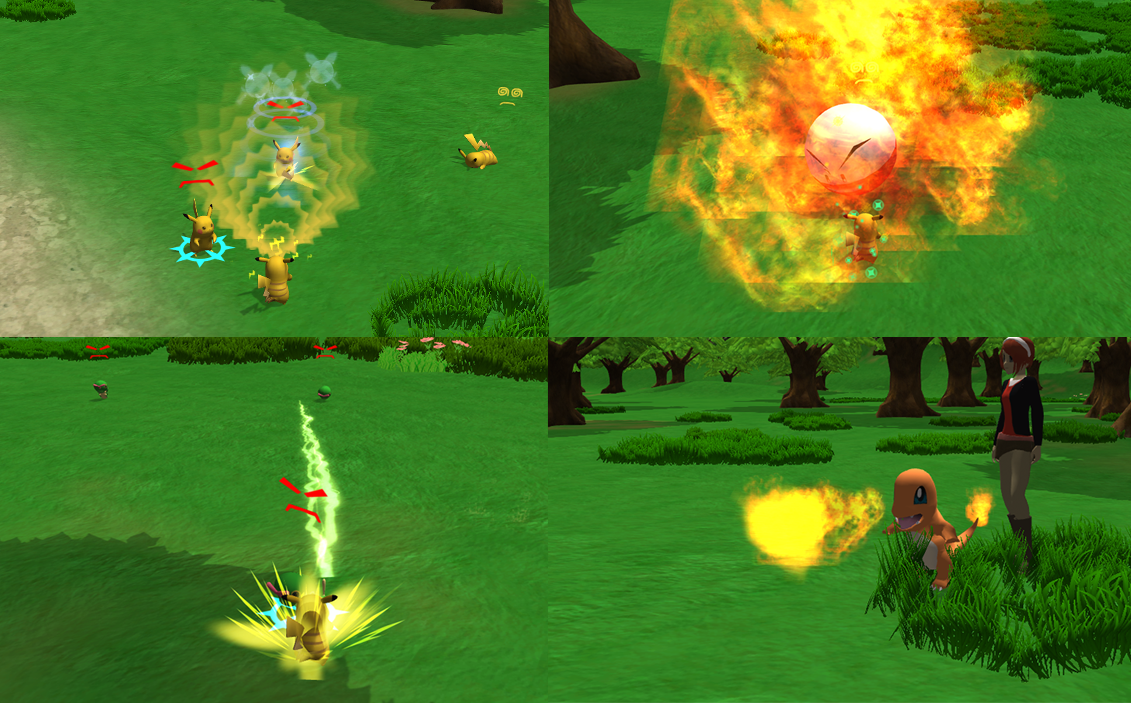 basic systems that are needed and are completed: 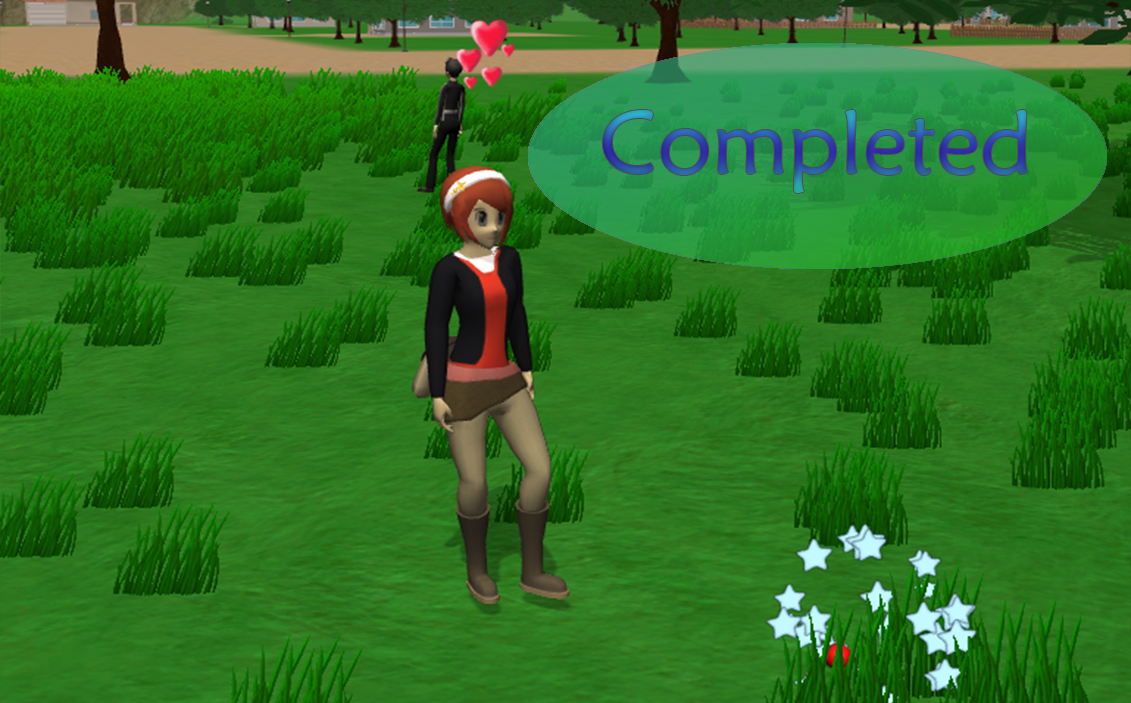 For alpha there will be 1 town and 3 big maps where the wild pokemon will spawn ,this will be the first 3 zones of the future world ,for now each one of the will have to be loaded every time you change zone ,but maybe on the future i will change that to be an open world where the zones will be loaded on the background and will look like if was one big map.

First Town ( it just need more polishing adding more details ),
There is one small zone that is for testing, the other 3 zones still need to be made...

For Items there will be 10 usable items :

For Drop Items there will be 9: 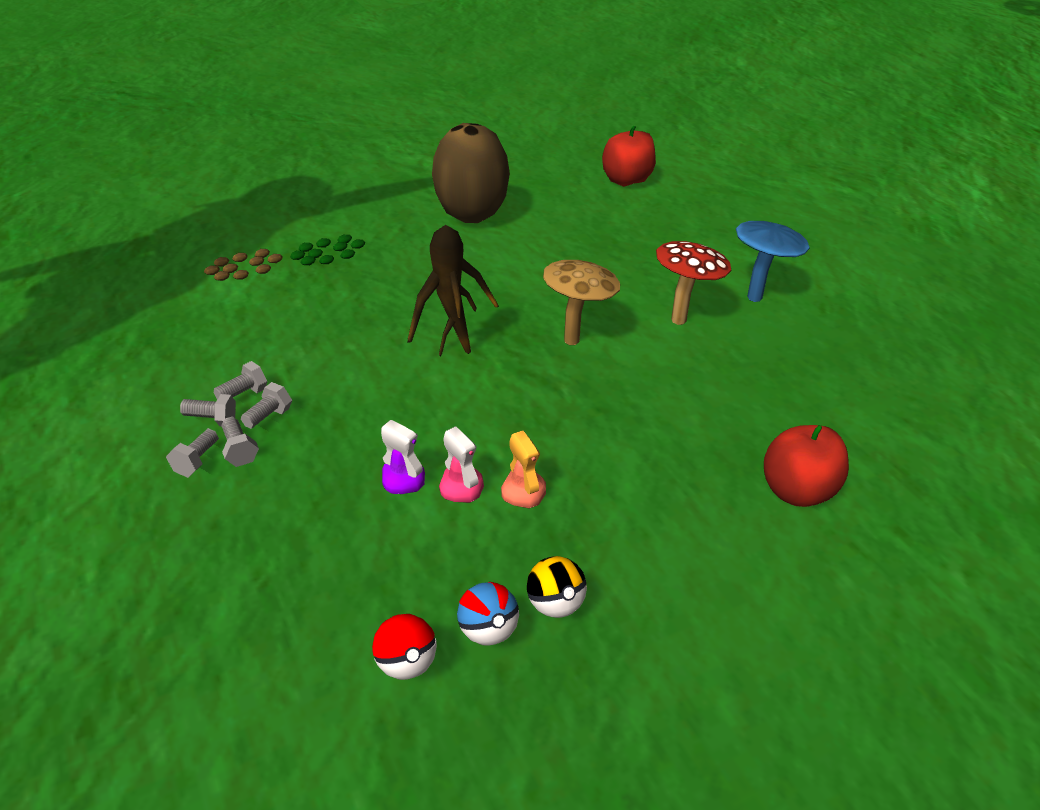 The alpha stage is almost completed it just need 4 more usable items,some missing animations,the first 3 Zones , few more Moves/Skills maybe some npcs(they are not really that important for alpha).
And after Finishing all of this missing parts , then it will start the alpha to beta stage where i will add more pokemons ,more zones,more mechanics like crafting,farming and whatnot,house owning ,different play modes normal,hard,hardcore and a the first Campaign/History and sound!.
So yea look forward to this i'm more active now so this shouldn't take that much until alpha is ready, hope you guys and girls like it :D

Also there is video i did, i have not done any video editing for like 5 or 6 years now so it's somewhat simple... But don't worry i will get better :)

thank yea i will don't worry it may take some time until is "finished" but i will doing updates and uploading new versions :D

It's always good to see new anime games.Gastlys sprite needs to be a bit smaller though, great job nonetheless.

thanks yeah i do have plan to make gastly model smaller it just doesn't feel right with that size ,i used the pokedex and a picture from the anime as reference for the scale ,but meh i think smaller will look and feel better

I have been hoping for a game like this for a long time. I hope you can pull it off. Just a note, but if you are making an English version the electric move is Thundershock. I noticed there was another word that appeared Spanish, and I have played the German versions enough to know that the translations of name and moves are not always the same.

hey yea my english is bad i know haha but yea i will get better little by little :)

Actually, I thought your English was rather good. I was only commenting that the names of Pokemon and their moves change depending upon which language the game is programmed in. Unless one has played in another language, that fact is relatively unknown.

thanks, i will keep that in mind :)