Work has resumed on Soldier Of (as you can see from the images and video that I've posted recently, as well as this news post right here!).

Hello! So, I've been back to working on Soldier Of recently, which is good. Today, I added 3D lighting, which is good, as it gives a much better look and feel to the graphics when you're underground. I still need to do more testing, as I've only tried it on one map, but it worked well. The reason that I updated the lighting is because I needed a flashlight beam to be able to go behind obstacles. Previously, lights were in front of all objects - now, they are fully three dimensional. Some of the lights were also flat planes before, but now they're three-dimensional spheres. 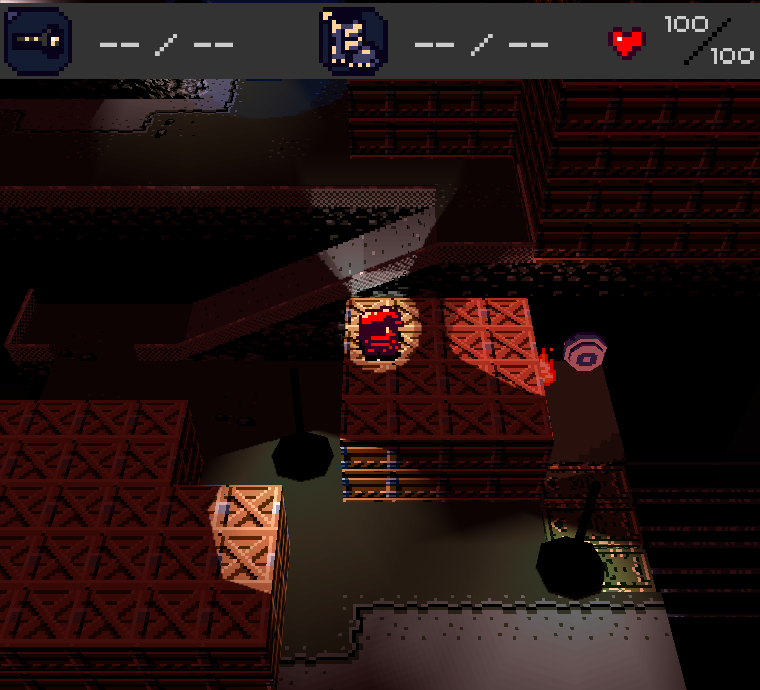 The solution to the problem that I went with lacked a bit of finesse. I ended up basically duplicating all solid objects and coloring them black for the lighting pass camera (through code). It works well, though, and the Rasterizer doesn't seem to be complaining (too much).

Anyway, the flashlight should be a nice tool to help you navigate the darker maps. The further in you go, the darker maps will tend to get, as well, which makes it a very useful item to own. I might add an energy bar to it, so that you can't just walk around with it constantly. That might make it a chore to be underground, though, so maybe I'll just leave it the way it is. Here's a quick video showing the lighting system as it currently is.


I've been working on Soldier Of less than necessary recently as I've worked a bit on other projects (non-game projects), like a new particle system for BGE games (programmed in Python), and BlendSling (a launcher for BGE games). Both are coming along, and BlendSling's feeling really slick with the recent bugfixes that were committed to Blender. I'll probably try distributing Soldier Of with it, just to see how it works for everyone.


^ That's the same video that I posted in the videos section.
I'm planning to change the name of the game from Soldier Of, as well. It doesn't really describe the game well enough and sounds generic. It also has "Soldier" in the name, even though there is no soldiers in the game, hah. Anyway, I'll mull it over some more.

Starting to really shape up I see!
Good work; keep it up!

Well, if he isn't a soldier, what is he then? A merc. or a rebel?
Sorry havent gotten too much of the story.
I guess you could call the game "Rebel of" for example.

He's actually a completely normal civilian. He finds all of the items he uses through the game (i.e. he's not prepared to fight).

Ooo the new lighting is really nice -- and I loved the Zeldaish bomb throw, ahhhhh!